After a strong showing at the Golden Globes earlier this year, The Crown will be hoping for similar success at the Emmys in September. Netflix’s cultural phenomenon all starts with the words of Peter Morgan, who has penned every single episode of the royal saga.

Below is his script for the Season 4 finale of The Crown, which brings the curtain down on Margaret Thatcher’s 11-year tenure as Prime Minister and chronicles the increasingly fractious marriage between Prince Charles and Princess Diana.

The episode, titled “War,” contains the final scene between Queen Elizabeth II and Thatcher, played by screen titans Olivia Colman and Gillian Anderson, respectively. It ends with the Queen pinning the Order of Merit on her Prime Minister, but not before the two powerful women reflect on their often complicated relationship.

We can bring you Morgan’s screenplay as part of Deadline’s It Starts On the Page, a series that highlights the scripts that will serve as the creative backbones of the now-underway TV awards season. These scripts are all being submitted for Emmy Awards consideration this year and have been selected for our series using criteria that includes critical acclaim, selecting from a wide range of networks and platforms, and a mix of established and lesser-known shows. 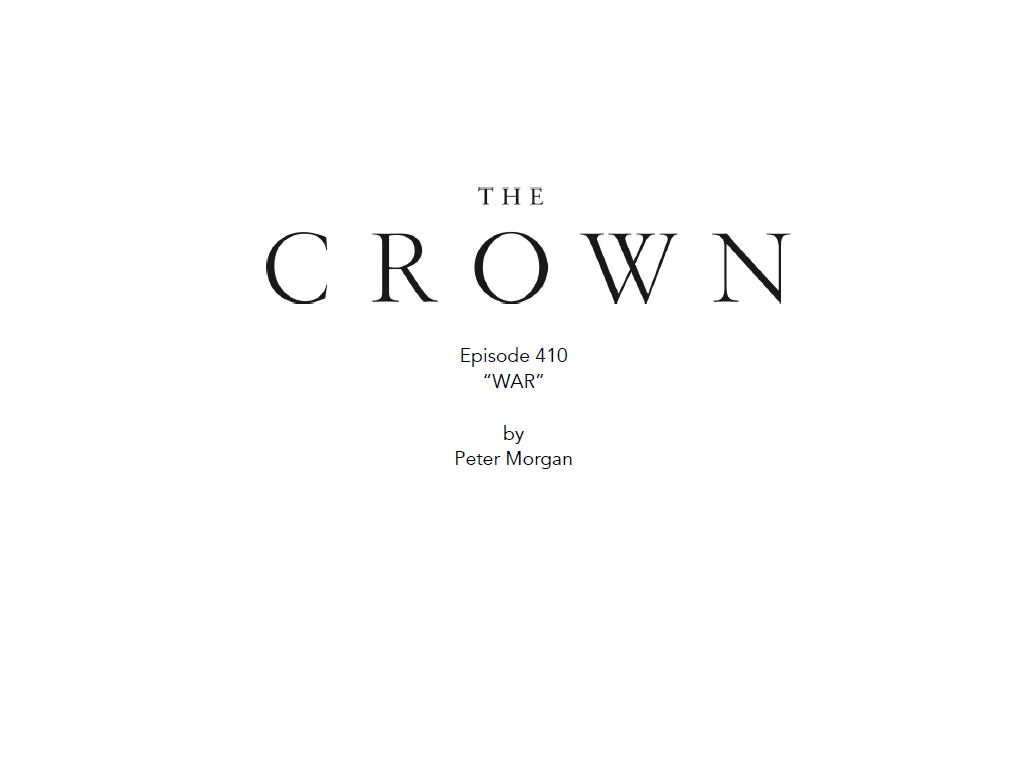 It Starts On The Page

It Starts On The Page: Read The Script For Episode 8 Of Michaela Coel’s ‘I May Destroy You’

06/10/2021 Lifestyle Comments Off on It Starts On The Page: Read The Script For The Season 4 Finale Of Peter Morgan’s ‘The Crown’
Recent Posts