A DAD who was rushed to hospital with an ear infection has been told he has just months to live.

Dave Whitford, 49, is now trying to live his life to the full after he was diagnosed with an incurable brain tumour. 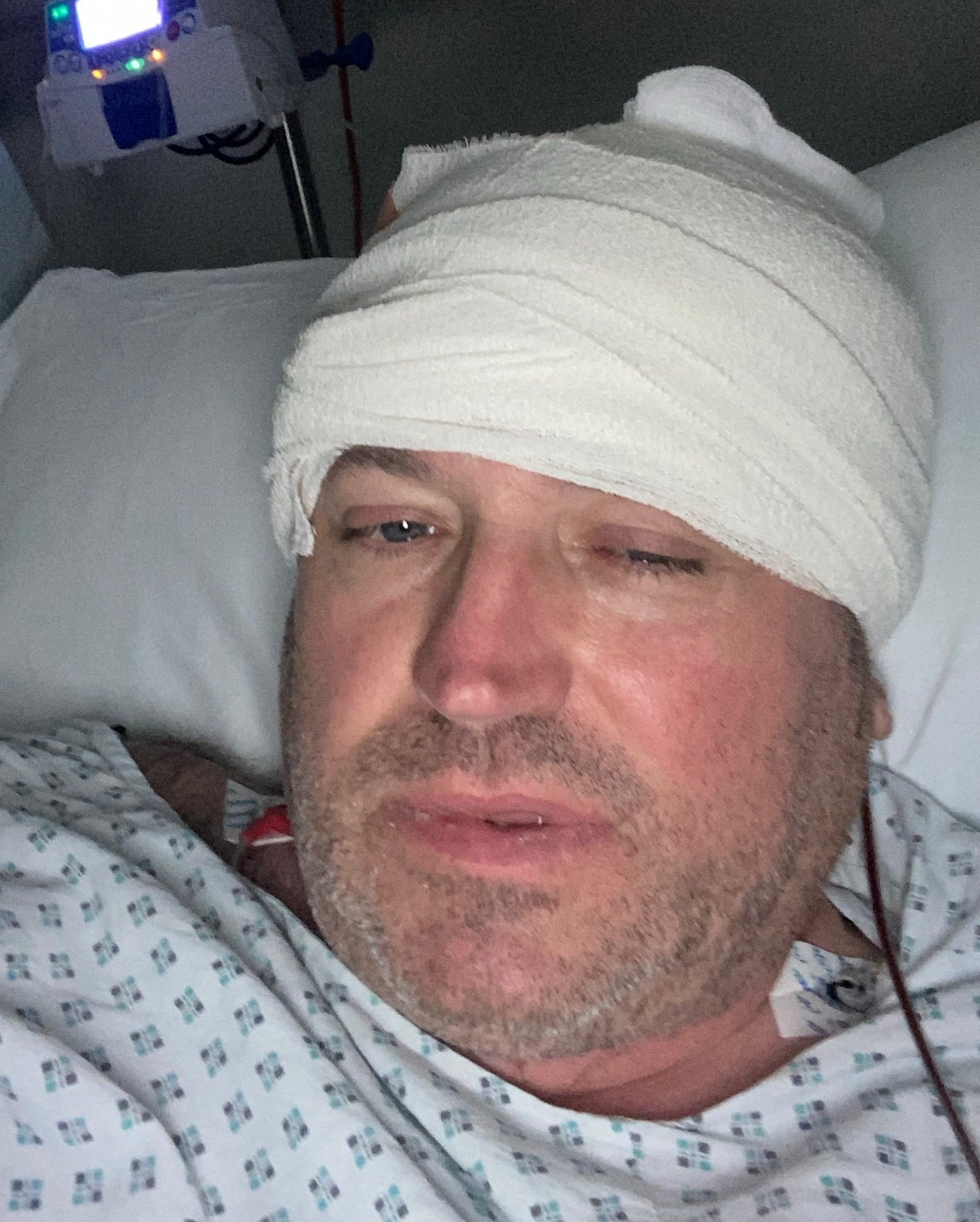 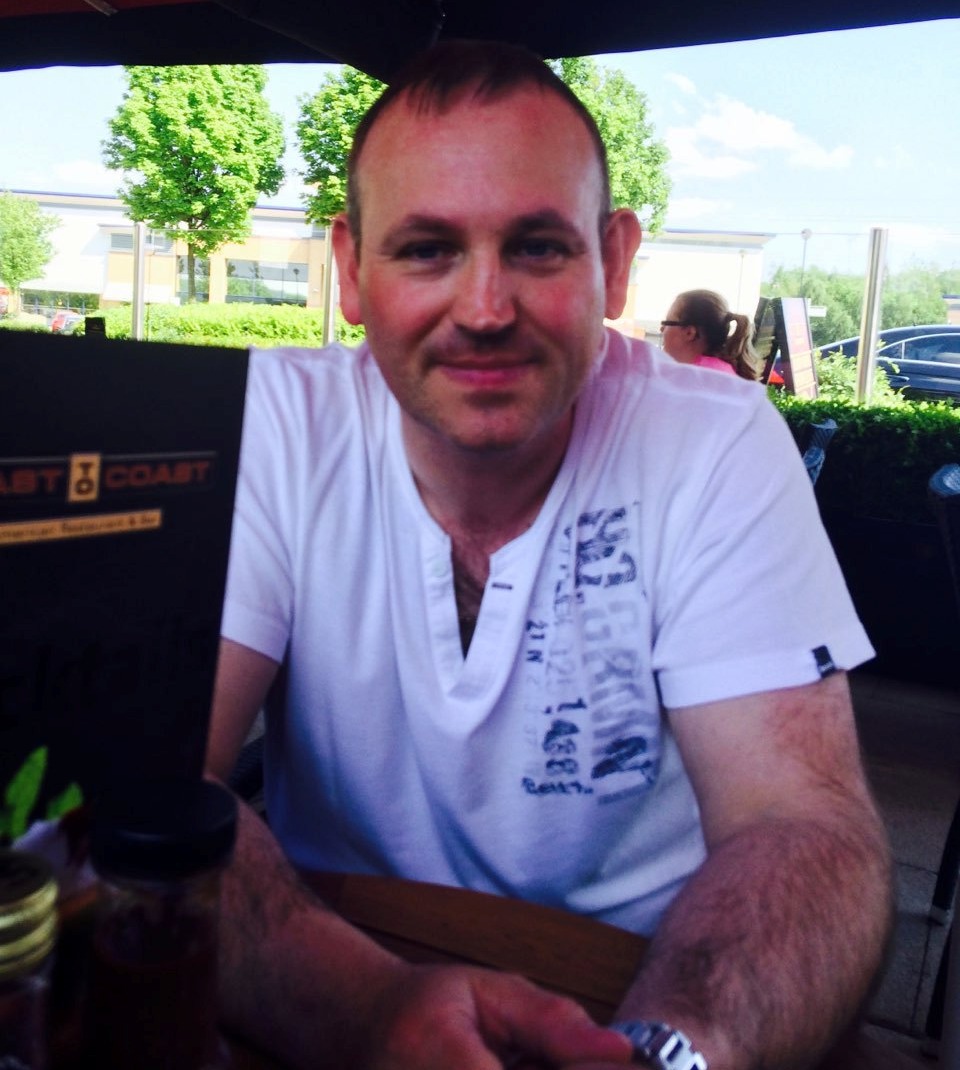 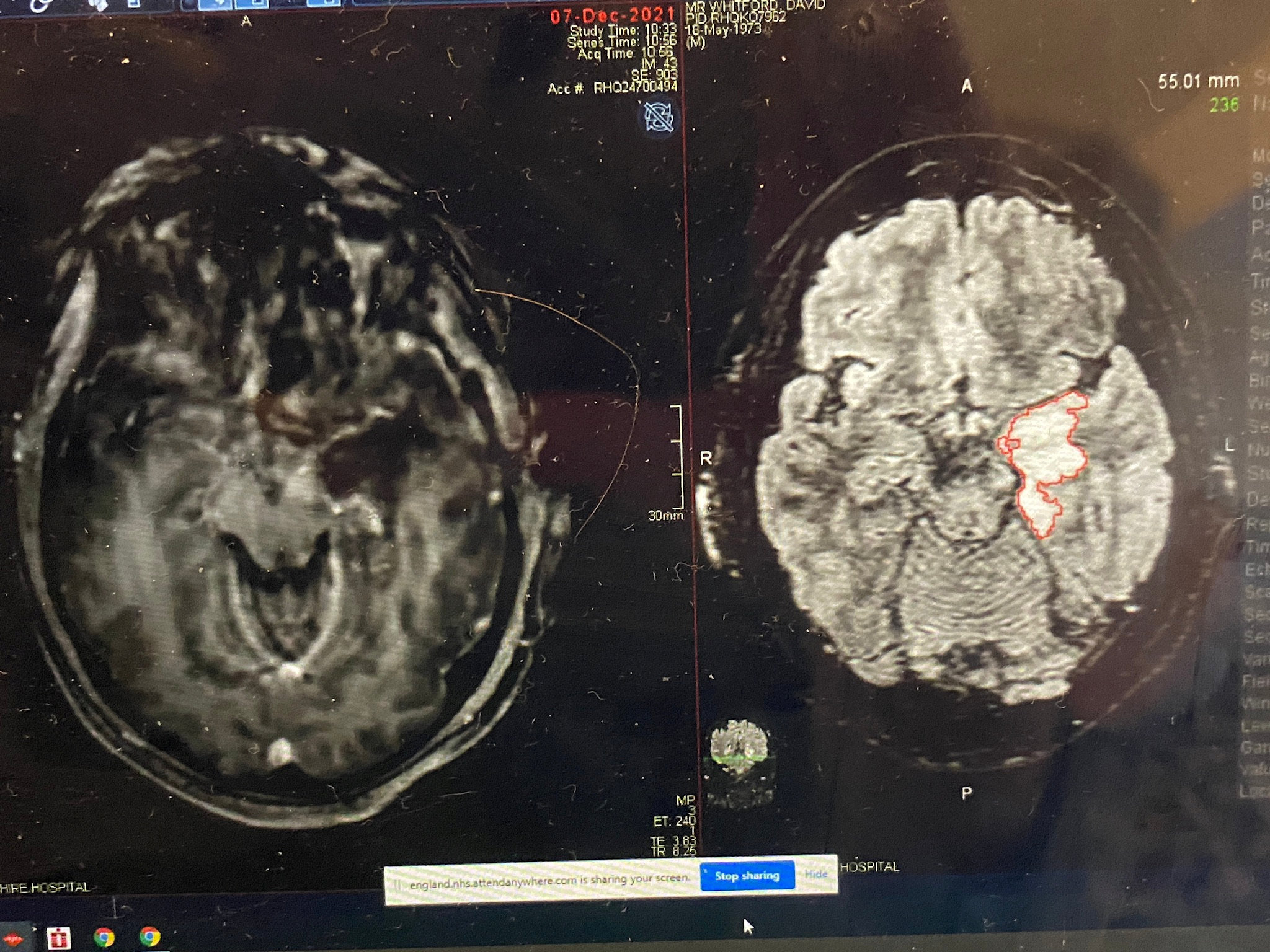 "When I found out, I just cried as I was just devastated," the dad-of-one from Sheffield, Yorks, said.

Each year around 12,300 cases of brain cancer are diagnosed in the UK, according to Cancer Research UK.

And tragically, 90 per cent of those with the disease will die within five years of being diagnosed.

Dave first realised something was off at Easter 2019 when he was sat in his garden and suddenly became extremely dizzy and started vomiting. 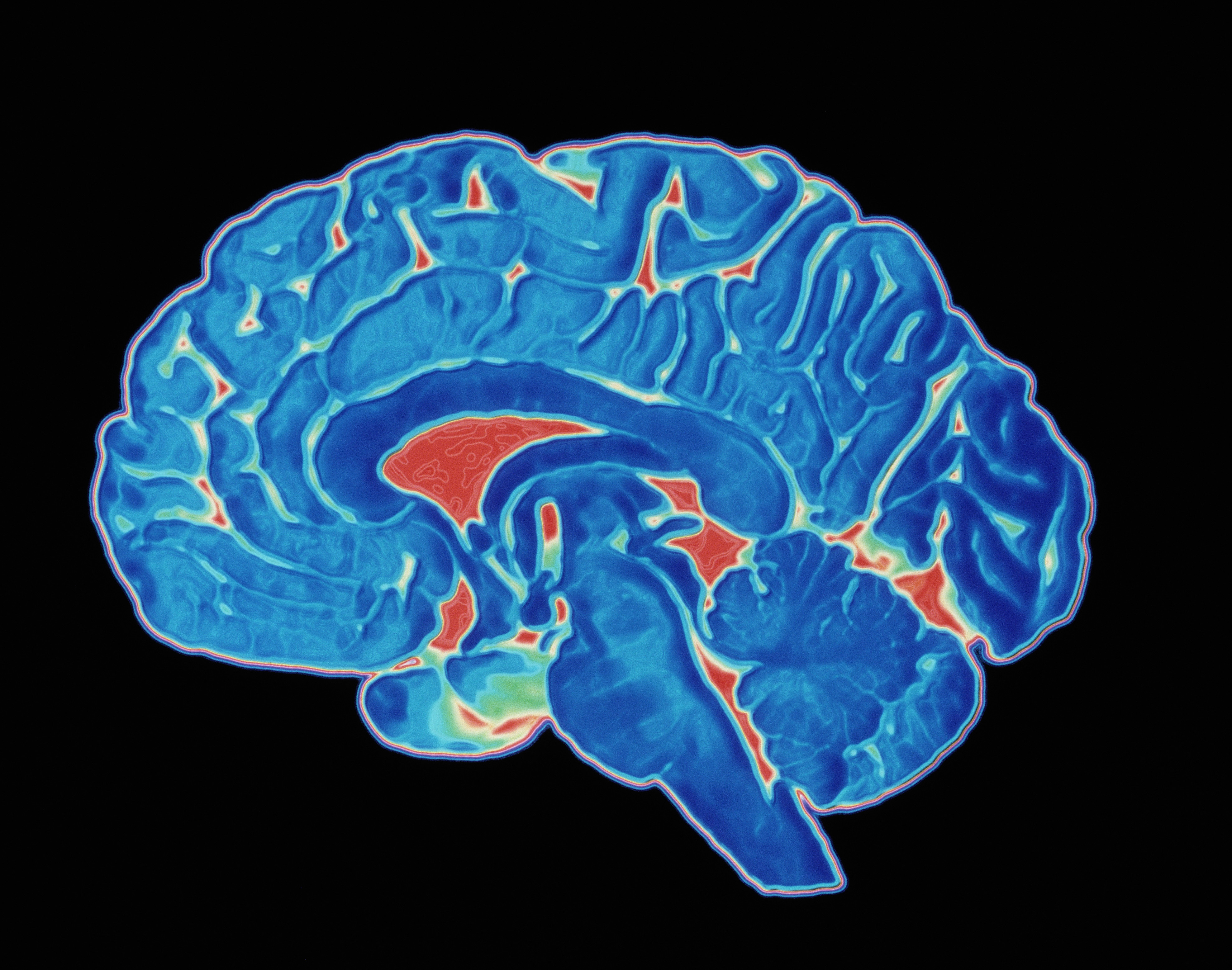 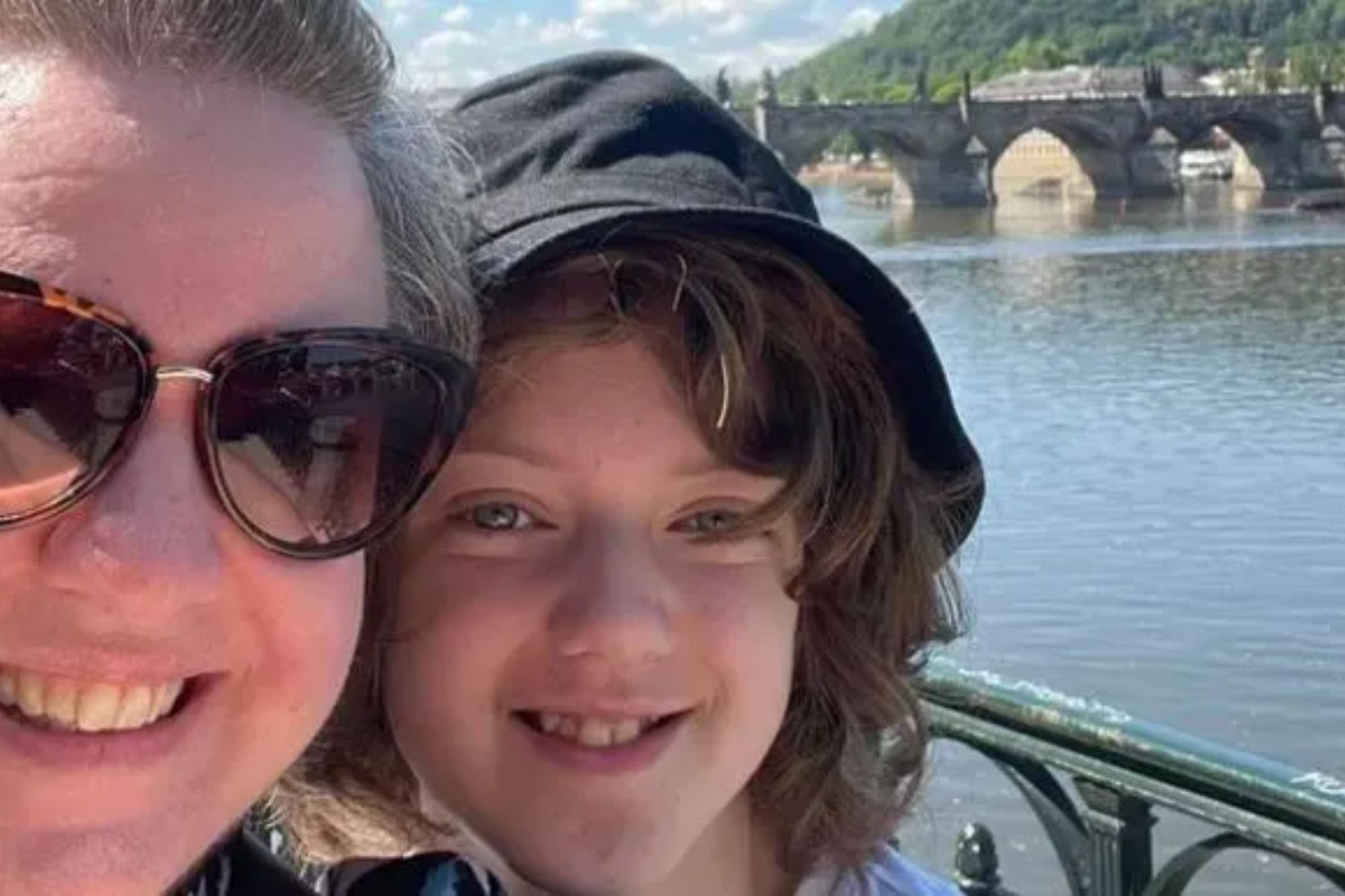 The next day he was rushed to the hospital where doctors told him he was suffering from an inner ear infection that had been caused by a tiny insect bite.

But after his symptoms failed to subside, doctors performed a scan on his head which revealed he had a brain tumour.

Alongside having the mass removed in December 2019, Dave has also had chemotherapy and radiotherapy. 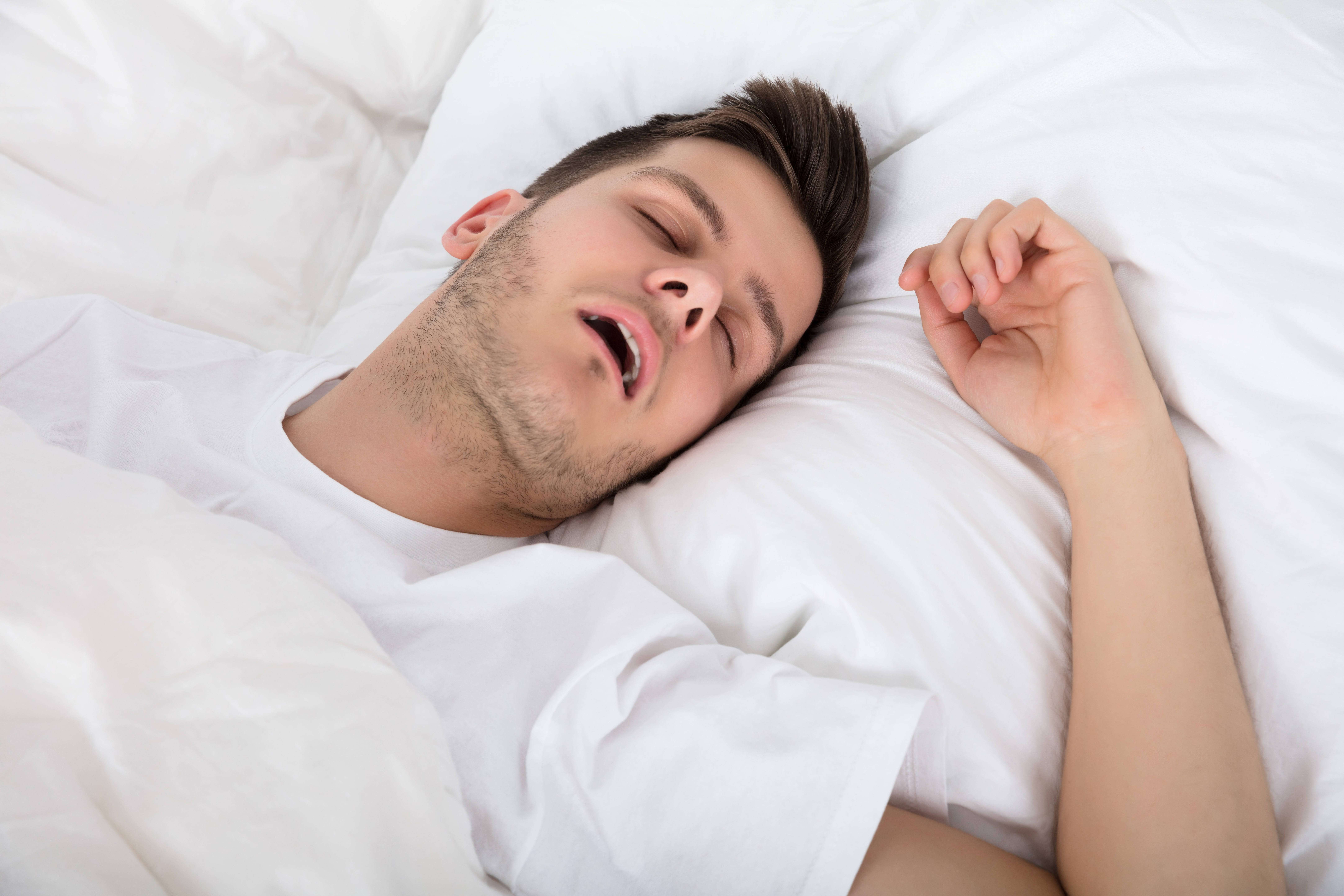 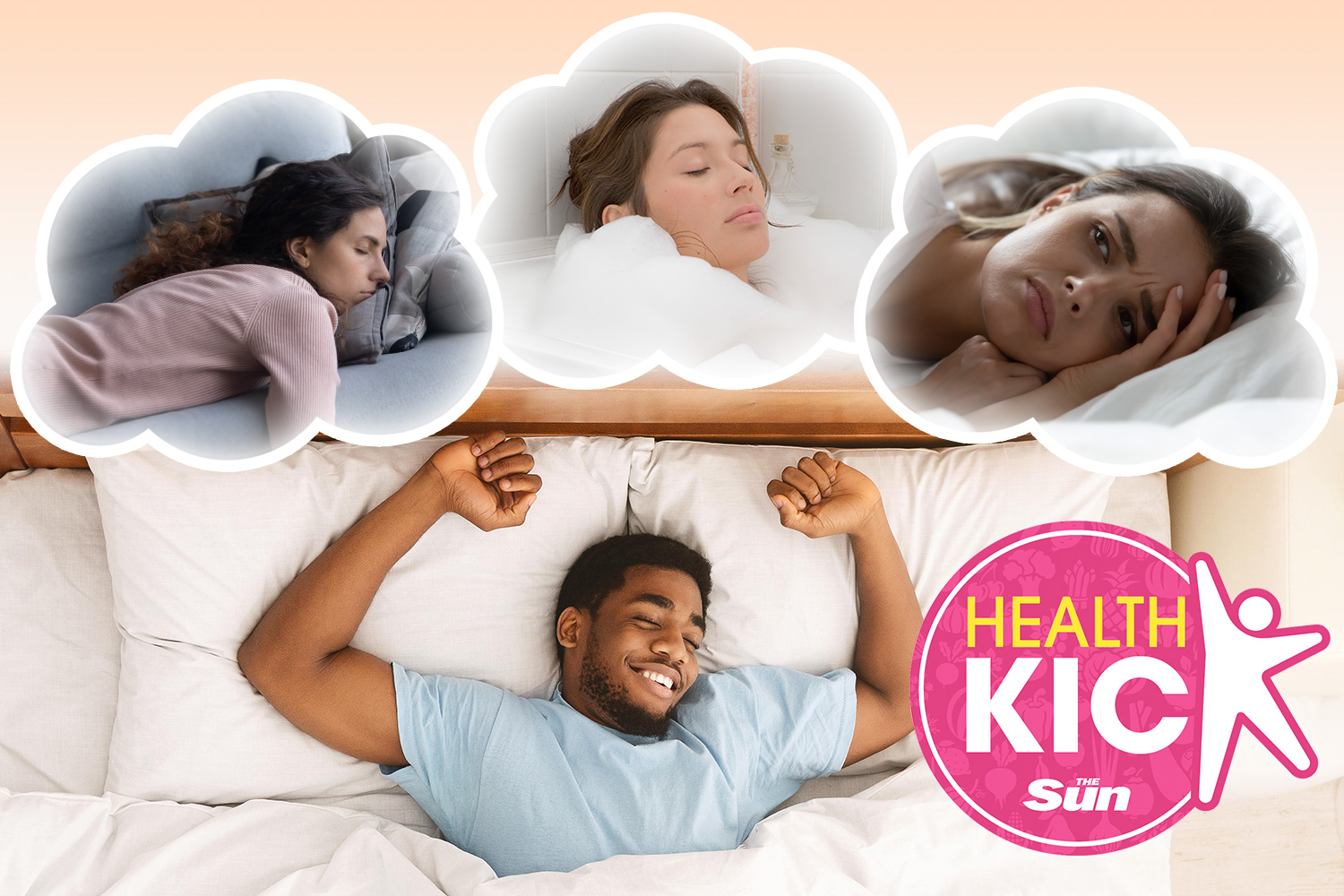 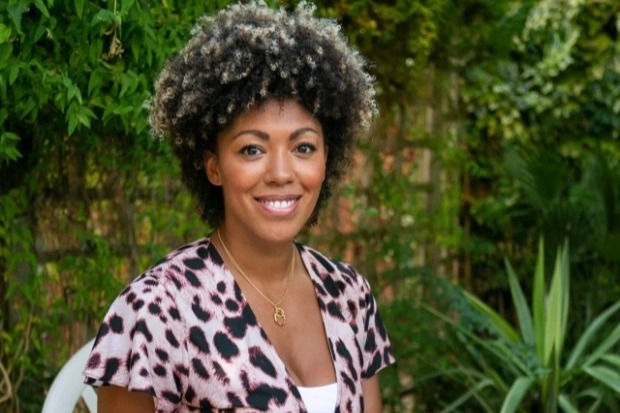 How often should you be pooing? Dr Zoe shares optimum routine 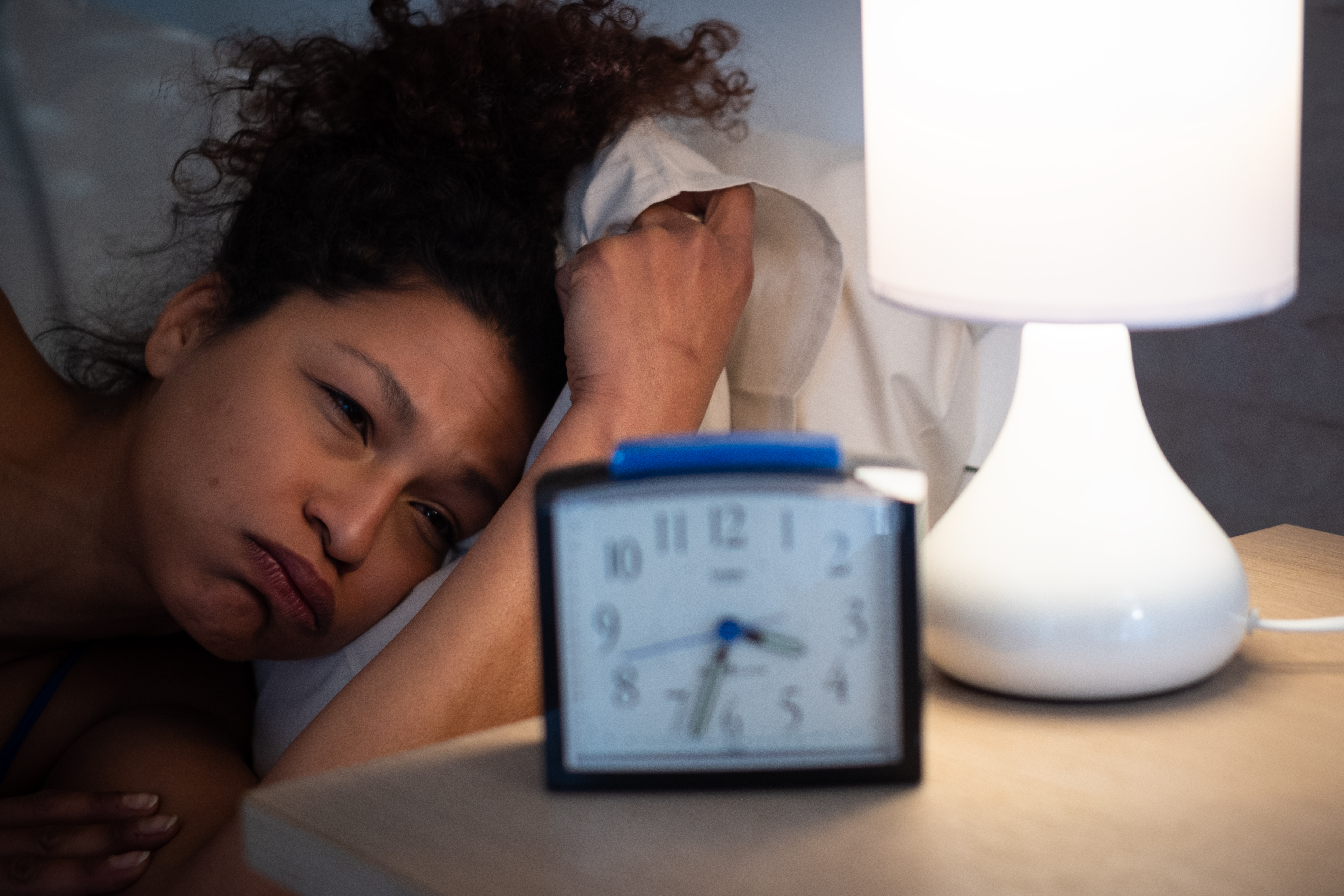 As part of his treatment he had part of his brain removed and is now suffering from debilitating side affects such as short-term memory loss and low energy.

He said: "I have no energy and I get cold really easily so I have to have special sheets to warm me up.

"They operated on the left side, so I have ringing in my ear which is quite annoying, especially when I'm trying to get to sleep.

"It does affect people differently and it's affected my short term memory so I forget a lot of things."

Dave is planning his dream holiday, a tour of the US, and celebrated his 50th birthday a year early in case he doesn't reach the milestone.

The dad worked as a bus driver until he got ill, but his driving licence was taken off him as soon as he was diagnosed with the mass on his brain.

He has been able to work in various roles doing odd-jobs for people over the last three years but now due to the severity of his symptoms, he's had to stop working.

Dave has set up a Go Fund Me page to help with expenses while he is unable to work.

According to the NHS the most common symptoms of a brain tumour include:

Headaches can be caused by a myriad of reasons, you could be dehydrated or even stressed.

Most of the time headaches can be fixed by pain killers, but if your headache is persistent or is getting worse, then this could be a sign of brain cancer.

If you are suffering with nausea and regular sickness is unexplained this could be a sign of brain cancer.

The NHS advises if you persistently feel sick or if you are consistently being sick and you feel drowsy you should see your GP.

Seizures can often be a red flag you may have a brain tumour.

It is when you suffer an involuntary movement and are unable to control your arms or legs.

Feeling weak is not unusual – if you haven't eaten enough or have really exerted yourself you can feel a bit wobbly.

But feeling weak regularly despite being rested, eating well and with no other known reason is a warning sign of cancer you should get checked out.

Speech problems and fuzzy vision can be signs of all sorts of conditions.

Too much booze, or feeling stressed or anxious could bring on these symptoms.

But it is often a red flag of a tumour – going to your optician or the GP is the next step if you've noticed a change.

It is common to feel many different moods and emotions throughout one day.

Generally stress or the task you are doing will be the cause, but if you have noticed a change in yourself or loved one that you can't explain, it could be a sign of cancer.

The NHS says: "Mental or behavioural changes, such as memory problems or changes in personality", could be signs of brain cancer."