A former Sydney schoolgirl has called for “sexual consent education” to be taught much earlier after an online petition was swamped with testimonies from young women, some of whom say they were as young as 13 when they were sexually assaulted by their male peers.

Within 24 hours, a petition started by 22-year-old former Kambala student Chanel Contos delivered a disturbing list of allegations from respondents, who said they had been sexually assaulted during high school or shortly after by young men who attended nearby Sydney private boys schools. 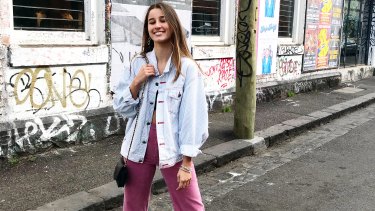 Ms Contos launched the petition on Thursday night after a catch-up with friends from three other schools last year revealed they all had a similar story to tell about their school days.

“We were sharing stories and basically realised we had unlimited rape stories to share from our friends from these different schools.”

In the same week where the national conversation was centred on the sexual assault allegations of a young woman in Canberra, more than 200 young women contacted Ms Contos with personal testimonies about sexual assault they said they experienced at the hands of a peer at a boys school.

About 1500 students from 50 different schools have signed her petition demanding better – and earlier – sex and consent education in schools.

Ms Contos, who is now studying her masters in gender and education at University College London, laments that the first school talk she received about consent happened when she was in year 10. “Me and my friends left that room and realised we had been raped… It was a life-changing talk, but it happened too late,” she said.

She said her first experience of sexual assault came when she was in year 8 and an eastern suburbs private school student in the year above her forced her to perform oral sex on him. “I knew it was wrong, because I didn’t tell anyone, but I didn’t understand why,” she said.

At a dinner with friends last year, she learned the same male student had forced another acquaintance to do the same thing a year later. “No-one thinks of it as rape until you’re told it is. Until [then] you think rape can only be a random in a dark alley past midnight. In reality it happens with people you trust,” she said.

“It happened to so many of us. We talk about a guy who forced us to give them head like what we had for breakfast yesterday.”

A list of more than 50 testimonies published so far under the petition, which has anonymised both alleged victims and perpetrators, claims that students who attended Scots College, Cranbrook, Sydney Grammar School, Saint Ignatitus Riverview, St Joseph’s College, Waverley College and Shore had been perpetrators of sexual assault.

The headmaster of St Catherine’s School in Waverley, Dr Julie Townsend, described the testimonies as “heartbreaking”.

“More needs to be done to create an environment in which young women feel they will be trusted when they come forward. It is also clear that much of the work schools do is happening too late,” she said.

The Herald has spoken to some of the students who made such claims but has not substantiated individual allegations.

The testimonies detail alleged sexual assaults that took place during school years or shortly afterwards, while the young women were still mixing in crowds determined by their school social circles. The allegations range from students who graduated in 2006 to some still in school.

In several testimonies, women describe waking up naked at parties or in a young man’s house, after passing out due to intoxication, with male peers penetrating them. Some girls said the alleged perpetrators were acquaintances they had only met at a party that night; others were friends at the time.

Other students say they were physically forced to perform oral sex on a male while intoxicated, sometimes while a boy’s friends were present or filming the incident. Several only realised something had happened to them when they woke up in pain and found their underpants soaked in blood.

None of the alleged incidents occurred on school grounds, but those who signed the petition said they “passionately believe that inadequate consent education is the reason for their sexual abuse during or soon after school”.

“[People have signed] because they are sad and angry that they did not receive an adequate education regarding what amounts to sexual assault and what to do when it happens,” the petition said.

Ms Contos, who is now studying her masters in gender and education at University College London, asked her followers on Instagram to share their experiences of sexual assault, in particular at the hands of boys from single-sex schools.

“When you go to a private school in Sydney, most of the time you only interact with other people who go to these schools: all-boys schools and all-girls schools. Being so distant from the reality of having girls in your everyday life, girls become the victims of boys’ experiments with their sexuality,” she said.

Chief executive of school workshop provider Enlighten Education, Dannielle Miller, said the testimonies were “harrowing, yet not at all surprising”.

“It’s important to note too that sexual harassment and sexual assault isn’t just happening to private school girls; all young women are at risk. We need to explicitly teach young women to be clear and unapologetic when expressing their personal boundaries, to know how to speak up in cultures that may try and silence them, and to actively lobby for what they need and deserve,” she said.

“Any protective advice given to girls in the schools must be carefully framed within a context of unpacking victim blaming. But we must also do more work with young men to teach them what active, informed consent looks and feels like, and create cultures where boys and men also use their voices to speak up too. The work of calling out male misbehaviour must not fall solely on females.”

Schools that responded to the Herald said they had programs in place that taught students about the criminal nature of sexual harassment and assault.

Dr Townsend said “it is clear from these girls’ testimonies that many of them have suffered in silence for years, and we need to ensure that, not only do they understand what assault is, but know their rights in reporting it and charging someone.”

“It is heartbreaking to read of the trauma they went through, and also to learn that many of them were too fearful to report it afterwards – or were treated contemptuously when they did.”

Wenona principal Briony Scott said sexual assault was beyond the remit of any one school.

“It is also essential that schools (both public and independent) are allowed to teach about such matters, rather than have them being constrained by the personal but public opinions of politicians, or criticised when wanting to educate around sexuality. You cannot have it both ways.”

Waverley College principal Graham Leddie said: “We need to raise our expectations of a generation of boys in Australia that have a reputation for being self-serving, entitled and craving instant gratification. For this reason, we encourage schools to be held to a high standard.”

Most Viewed in National