If Sally Rooney’s intention was to prompt conversations with friends about the plight of Palestinians in Israel’s occupied territories, she has succeeded.

The bestselling Irish author’s decision to refuse to sell the rights for a Hebrew translation of her latest book to a publisher with ties to the Israeli military has put the BDS (boycott, divestment and sanctions) movement in the headlines. But it has also earned her the opprobrium of some supporters of Israel, who have accused Rooney of anti-Semitism. 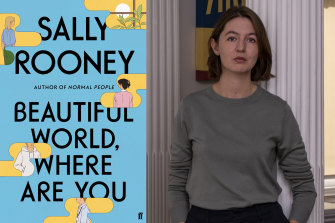 Sally Rooney’s new book is called Beautiful World, Where Are You.

“This is sad, shocking, and racist in my opinion,” Yosef Halper, owner of Tel Aviv-based English-language Halper’s Bookstore, told this masthead via email. “Hebrew is a language, not a political ideology. The Arabs in Israel speak and read Hebrew. Anti-Zionist Jews (yes, there are such people) read, speak and write Hebrew.

“It is like saying I won’t translate into German because Hitler was German, or into Chinese because of the Uighurs, or English because Trump speaks English.”

Mr Halper said English-language readership is strong in Israel, and Rooney was one of the most requested authors in his store.

“If she wants to move things or change attitudes here, why not put her views into the mouths of her characters? More constructive, no?

“Ignoring whether the BDS movement isn’t motivated by deep underlying anti-Semitism, my advice to her would be to change to a different Israeli publisher.” 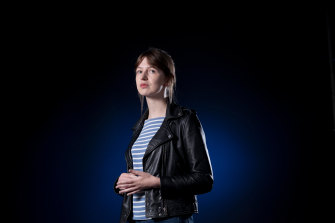 The publisher in question is Modan. One of Israel’s largest Hebrew-language presses, it has a line devoted to Ministry of Defense publications including I Will Pursue My Enemies and Destroy Them, Gaza at Eye Level and Bomb to Win.

Rooney said in a statement issued on Wednesday that her move was directed at the publisher rather than the language (or, by extension, the Jewish people). Noting that her first two novels had been translated into Hebrew (by Modan), she said “it would be an honour for me to have my latest novel translated into Hebrew and available to Hebrew-language readers. But for the moment, I have chosen not to sell these translation rights to an Israeli-based publishing house.”

Rooney’s stance broadly aligns with the BDS movement, which Rooney describes as “a Palestinian-led, anti-racist and nonviolent grassroots campaign calling for an economic and cultural boycott of complicit Israeli companies and institutions in response to the apartheid system and other grave human rights violations”.

Others who have taken such a stand in the past include authors Alice Walker (The Color Purple), Naomi Klein (No Logo, The Shock Doctrine) and Arundhati Roy (The God of Small Things), musicians Roger Waters and Lorde and comedians Alexei Sayle and Russell Brand.

“This has never been an issue for me, as my books are rarely published outside Australia,” says award-winning Indigenous author Tony Birch. “Australia’s record of human rights abuses against Aboriginal people is appalling, but I could hardly boycott the country in which my books originate when I’m attempting to raise issues of social justice in my work. What I can do is to occasionally utilise the platform I’m granted to raise issues of human rights, which do appear in my fiction.”

Birch believes Rooney’s action “is a symbolic gesture at heart, although not in a negative sense. Her global profile will bring attention to the abuses in Palestine, and that is something positive.”

Australian journalist and author Antony Loewenstein, who has previously criticised Israel’s actions in the occupied territories, says there was opposition to his book My Israel Question before it was even published 2006. For his writings, Loewenstein – who lived in East Jerusalem from 2016 to 2020 – has been labelled a self-hating Jew, ostracised, and sent death threats.

“What is galling but unsurprising is that many people are so outraged by Rooney’s decision – more outraged by that than they are by what Israel is doing day to day under Israeli occupation,” he says. “You do something like this because you want to challenge the comfortable status Israel enjoys around the world in spite of its behaviour.”

Publisher Louise Adler said while it is the publisher who holds the rights to sell or translate a book for specific territories, it does so “with the approval of the author”.

“But I don’t think there’d be a publisher in the country who would say to an author we want to publish into a language or a country that you’re uncomfortable with,” she said.

In general, Adler said that she is not a fan of cultural boycotts. “I think engagement is vital and more productive, but Sally Rooney is a young author with a young audience and she’s asking people to think about this issue, and that’s a good thing.”