Next chapter! After a dramatic year in the spotlight, Britney Spears is ready to walk down the aisle with longtime love Sam Asghari — and she won’t let her conservatorship get in the way of her big day.

“Britney is allowed to marry under a conservatorship, unless the judge determines she does not have the capacity to do so,” Mina Sirkin, a Los Angeles-based attorney and legal expert in conservatorships, estate and trust law, exclusively reveals in the new issue of Us Weekly. “If they do get married, there will be a long process of forming a prenuptial agreement first.” 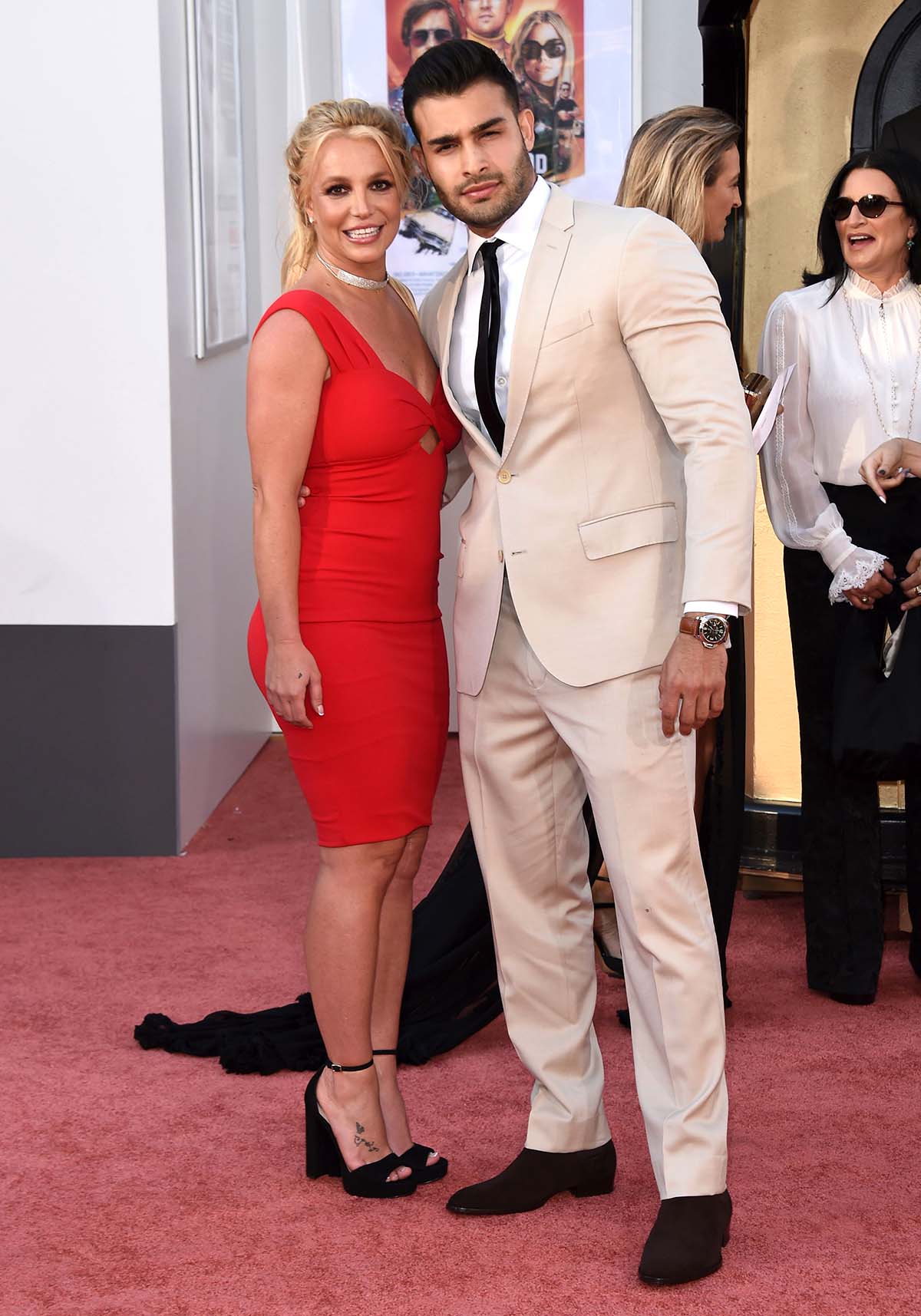 Spears, 39, began dating Asghari, 27, after meeting on the set of her “Slumber Party” music video in 2016. On Sunday, September 12, the Grammy winner announced via Instagram that the model had proposed.

Fans were quick to joke about the Crossroads singer setting up a prenup, but Asghari didn’t take the quips to heart. “Thank you for your concern about the prenup!” he wrote in an Instagram Story one day after the engagement news made headlines. “Of course we’re getting iron clad prenup to protect my Jeep and shoe collection in case she dumps me one day.”

According to Sirkin, “many aspects of [Britney’s] life will be negotiated” in the prenup agreement. Marriage could shift some of the power in the pop star’s conservatorship — which she’s been subject to for 13 years — giving Asghari some control.

“It is possible that if they do get married, that he will be given a few healthcare rights to be coordinated by [caretaker] Jodi [Montgomery], but not the major health care decisions,” Sirkin tells Us. “For example, he can be put in charge of helping her double check her calendar, so she does not miss medical appointments.”

Since 2008, the “Toxic” singer has not been able to make major personal or financial decisions without the approval of her father, Jamie Spears, who has been the conservator of her estate for years. Montgomery took over as the conservator of Britney’s person in September 2019.

Britney challenged her 69-year-old dad’s control over her life during an emotional court hearing in June, marking the first time she’s publicly spoken out about her conservatorship. Two months later, court docs obtained by Us noted that Jamie was willing to “transition” out of his role within due time.

Us confirmed earlier this month that the Louisiana native filed a petition to end his role as his daughter’s conservator, with her lawyer, Mathew Rosengart, calling the decision “a massive legal victory.” However, Sirkin doesn’t see Asghari stepping into the position in Jamie’s place.

“Sam would not likely file for a petition for conservatorship because if the conservatorship terminates, there are lesser restrictive alternatives such as a power of attorney, assuming Britney is stable and competent and wants his help,” the expert says. “Of course, once it terminates, Britney can nominate him as a conservator, if she ever needs one.”

For more on how Britney’s conservatorship will impact her marriage, watch the video above and pick up the latest issue of Us Weekly, on newsstands now.