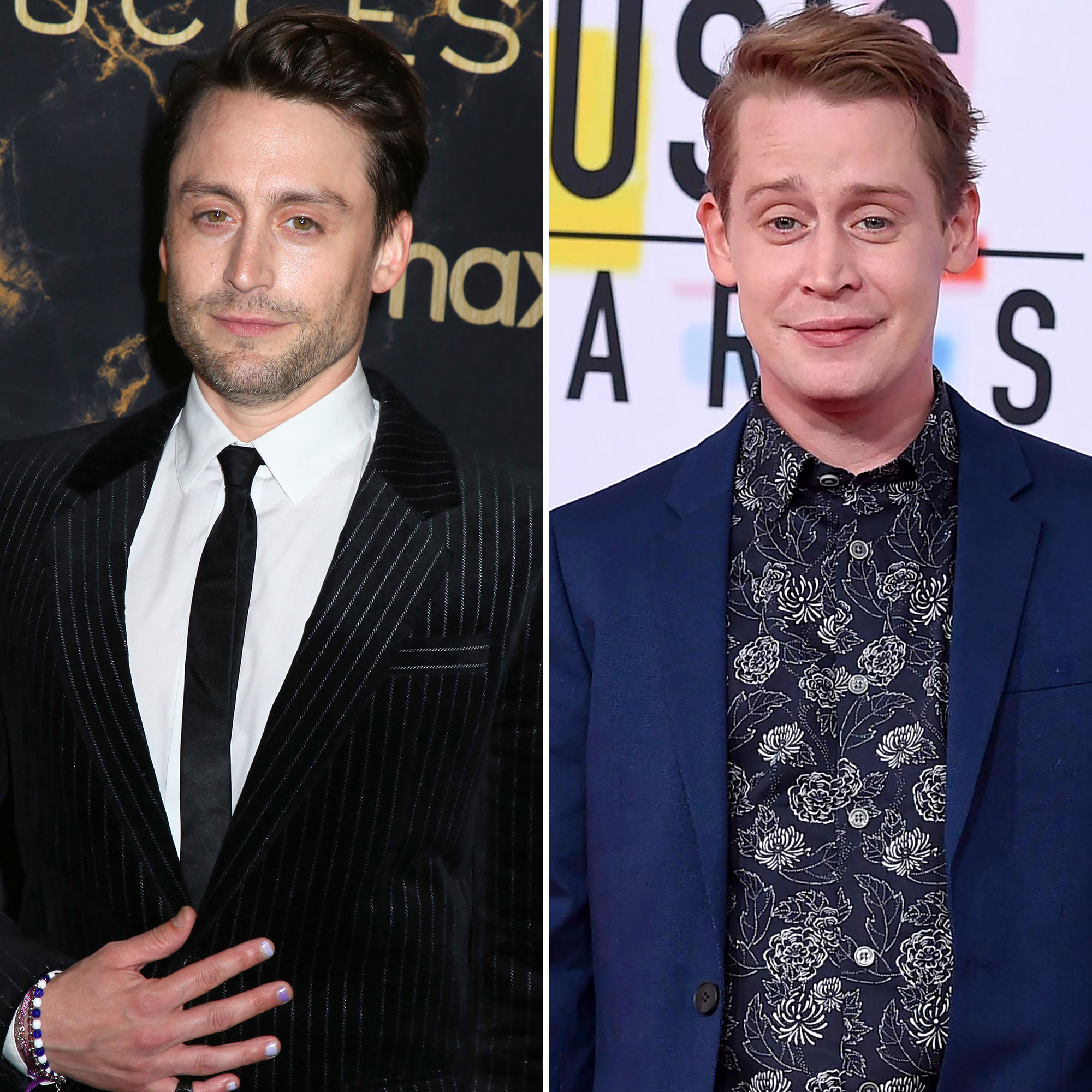 All in the family! Nearly seven months after Macaulay Culkin and Brenda Song welcomed their first child together, his younger brother Kieran Culkin couldn’t help but gush over his expanded family.

“I’m a little bit ahead on the dad thing,” the Succession star, 39, told Access on Tuesday, October 12. “I’ve got a 2-year-old daughter and an 8-week-old son, but I haven’t actually met his son yet because he lives in California and there’s been work and a pandemic and all that stuff.”

Kieran also noted the best tip he was given after becoming a dad that he’d pass along to his older brother. “Don’t take anyone’s advice, you’ll figure it out,” he said.

The couple named the 7-month-old infant after Macaulay and Kiernan’s late sister, who died in 2008. He was born on April 5 and weighed 6 pounds, 14 ounces, which the pair confirmed to Esquire magazine.

“We’re overjoyed,” the couple told the magazine via a statement at the time.

The former child star previously opened up about the couple’s desire to start a family one year earlier.

“We practice a lot,” the New York native told Esquire in February 2020 of his relationship with the Disney Channel alum. “We’re figuring it out, making the timing work. Because nothing turns you on more than when your lady comes into the room and says, ‘Honey, I’m ovulating.’”

The couple first sparked romance speculation in June 2017. “It’s almost like child actors … don’t even have to talk about it,” the Suite Life of Zack and Cody alum explained to Entertainment Tonight about their relationship at the time. “You just look each other in the eye and you nod and we know.”

“One month with our perfect little man,” the former model, 34, captioned a September 17 Instagram slideshow of the newborn. “8.17.21. #gettheepidural.”

The No Sudden Move actor and the England native, wed in 2013 before welcoming their daughter Kinsey, now 2, years later.

“And just like that our little Kinsey Sioux (‘Zissou’) is home,” Charton captioned an Instagram snap with her newborn daughter in September 2019. “After 25 hours of laboring at home, we arrived at the hospital too late for any pain meds as I was already dilated and ready to push (if I ever do this again I want ALL THE DRUGS, all of them!) and she was out within the hour during a full moon on Friday the 13th. Of course, our daughter was born on Friday the 13th. This is me 4 days postpartum – I live in sexy surgical mesh underwear that’s keeping a world of pain in check, my boobs are engorged, I burst blood vessels In my face from pushing, my big pregnant belly that I loved so much deflated to a mere paunch but it’s all so worth it. I’ve never been more in love and we’ve never felt more complete.”