Not everyone likes kids, but this might be taking things too far.

When it comes to weddings, it’s generally up to the bride and groom if children are going to be invited. As one couple found out, however, if someone says they don’t like kids, they probably shouldn’t be put in charge of watching them. 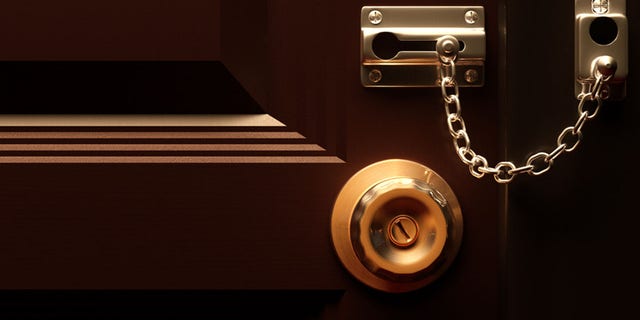 A Reddit user posting under the name ThrowAway3091345 shared a story to the site’s forums about an incident involving his step-children at his wedding.
(iStock)

A Reddit user posting under the name ThrowAway3091345 shared a story to the site’s forums about an incident involving his step-children at his wedding. According to the post’s author, his brother-in-law Tim isn’t a fan of children.

According to the author, he and his now-wife held their wedding at their house. Everything was going fine until Tim showed up and realized that the bride’s children were there.

“Tim and my sister arrived late,” the post says. “The kids were with us the entire time. Tim looked visibly upset until he suddenly offered to take the kids to the bathroom so they wash up before eating. Minutes later he came back, I asked where the kids were. He said he took them to their bedroom because they wanted to play with their toys I thought it was out of character for them. I wondered why they suddenly didn’t want to eat since they said they were hungry. I wanted to check on them but got busy with my aunt’s ankle injury.”

The post continues, “My younger sister came telling us the kids’ bedroom door was locked and the kids were inside. My wife and I were in shock. We looked for the key. I asked my sister if she was the one who locked them in. But Tim said he did it. Saying he was worried they’d wander around unsupervised and wanted to make sure they were safe since everyone was busy.”

After retrieving the children from the room, the children reportedly said Tim told them they would get in trouble if they left the room. The groom says he yelled at Tim and then kicked him out of the house.

The post continues, “My sister defended him and was crying calling me offensive names. I kicked her out too. My parents argued saying what I did was unnecessary since Tim was just trying to help.”

Most commenters on Reddit seemed to take the author’s side (and also confirmed that it’s not uncommon for houses to have bedroom doors with locks on them). One user wrote, “Tim isn’t sorry, he’s saying it to make himself look good and make op look bad and unfortunately, it is working.”

Another user added, “Tim took the easy way out. He never rang op and apologized directly. It’s a half-apology to make Tim look good to his in-laws.”

“I would tell anyone who defended Tim or pressured your wife that they are cut off from you and your family for a full year,” added another user.