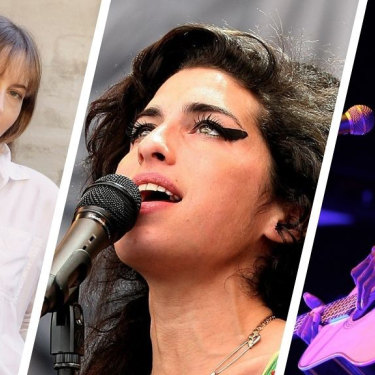 The best way out of the lockdown blues is not to try (and fail) to perk yourself up, it’s to wallow in the sorrow. Dig deeper into the gloom until, in some white blast of catharsis, you rise phoenix-like and emotionally purged. Well, for a while…

Idioms such as Italian opera, Irish laments, blues, fado and flamenco exist because sadness and beauty are inextricably entwined in our psyches. So here are 20 songs to torture the soul – in a good way. In whittling down the list, even such mighty talents as Nina Simone, Jacques Brel, Leonard Cohen, Joni Mitchell, Miles Davis and Reverend Gary Davis missed out.

Where better to start than with the soprano who brought her roles to such aching life? We join Maria Callas as Tosca in Puccini’s eponymous opera, bemoaning her fate at having done no ill to a world that now turns hard against her. If it doesn’t draw a tear, check your pulse.

Also from Tosca, we turn to the tenor who was as great as any at plumbing the depths of desolation, while arcing up to a tonal beauty that was tinged with glory: Giuseppe Di Stefano, a godfather of the Three Tenors, singing of his love and black despair.

The ultimate queen of sorrow sings the 20th century’s most harrowing song about the lynching of African Americans in the “gallant South”. The bleak subject and Billie’s voice – like cracking porcelain – combine to make a tragic masterpiece.

Irish laments make their sadness as weightless as frost on a flower. This melody (aka The Women of Ireland), as exquisite as any here, is shared between fiddle, harp, pipes and whistle, and was used as the love theme in Stanley Kubrick’s visually sumptuous Barry Lyndon.

This comes from perhaps the most relentlessly morose album ever recorded: a blow-by-blow account of the breakup of a seven-year relationship. It is embittered, self-pitying and sometimes over the top. But at its most raw, as here, it’s a knife wound to your chest.

Ah, the fickleness of love. The great bassist Charlie Haden wrote this candlelit ballad for his then wife Ellen, and made a desperately moving recording with pianist Keith Jarrett. Subsequently, the marriage disintegrated, and the embittered Haden even changed the song’s name.

Amen. Ian Curtis had, tragically, already committed suicide by the time the song most indelibly associated with him and Joy Division was released. His (partially spoken) singing is never histrionic, almost detached, yet the performance crucifies you all the same.

The great Pakistani’s microtonal singing can make every line seem to weep more tears than does a western scale. Much of this collaboration with multi-instrumentalist Michael Brook tends to be over-produced, but this one is distilled to singing that becomes a sigh.

Steve Ashley’s setting of Henry Lawson’s poem about drought and other outback cruelties is stripped back like a ring-barked tree in this version sung by Mara Kiek, accompanied just by her husband Llew Kiek’s acoustic guitar. This is pain made phenomenally real and raw.

As in Shakespeare’s great plays, tragedy in music can be tinged with grandeur and a host of other emotional impacts. Here the peerless Jacqueline du Pre sculpts maximum impact from each note of Elgar’s cello concerto, magnificently supported by Daniel Barenboim and the London Philharmonic.

Judi Dench singing? Stephen Sondheim’s song about withered hope was originally written to accommodate the small, silvery voice of Glynis Johns. Despite subsequently being performed by innumerable big-voiced belters, it gains poignancy when reduced in scale, and Dench’s version is a glimpse of perfection.

Nick Cave’s oneiric song about drowning is given its ultimate treatment by Ute Lemper, one of the greatest singers of any sort during the last 50 years. In fact, when the mood is dark, verging on murderous, she’s so good that I toyed with having her sing everything.

Of all melancholy idioms, Portugal’s fado makes the fewest concessions to jollity. Here the astonishing Mariza sings of a spring love affair that now seems made of nothing more than wax, and has condemned her to a living hell. Join her there. Her voice is a triumph of desolation.

Another of the dead-at-27 brigade who had so much more to give, Amy Winehouse inherited Billie Holiday’s capacity for making notes crack as though they were stained-glass windows on to her soul. I like her best when stripped back, as on this Hidden Treasures version of Wake Up Alone.

As is so often implicit in the blues, the songs of Mali’s supreme diva Rokia Traore ride on an unmistakable buoyancy that ultimately characterises despair as a mortal sin. On Kounandi her voice whispers deep truths in your ear about learning from experience what is truly important.

Is there are more singular voice among all these great artists than Gurrumul’s? It was always a spine-tingler; never more so than when singing this song of grieving from his first album, the understated arrangement entwining the vocals with mournful strings.

The secret to making beautiful sound is to hear it in your head, first. Joseph Tawadros’ oud is opulent and velvety rather than metallic, and on this slow lament the notes drip pathos like the strings are tear-ducts, while enjoying superbly simpatico accompaniment.

Israeli singer Yasmin Levy is a one-woman peace project, meanwhile delivering songs of suffering on an almost operatic scale. Any piece from her Libertad album was worthy, but Firuze is more pared-back than some as it tells of the ephemeral nature of a young woman’s beauty.

There’s a luminousness here, so that the way the words and music dance together down their slow, sad road seems edged with optimism rather than a darker, more selfish emotion. Sydney singer-songwriter Martha Marlow should be heard live when we’re allowed back out of our boxes.

This is far from the most melancholy song of the great flamenco singer Diego El Cigala. In fact it’s a hymn to brothers (and therefore sisters) standing side by side when in difficulty, and therefore this masterful duet with Argentinian Andres Calamaro makes for a fitting conclusion. Nothing here is finer.