Internet search giant Google has admitted that it has been intermittently blocking some Australian news sites from search users. 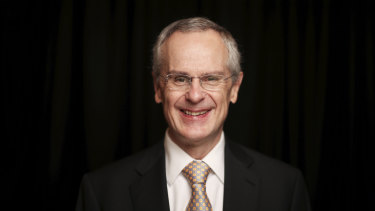 ACCC chairman Rod Sims made the case at a Reuters conference on Tuesday night for a code to address the tech giants’ power.Credit:Alex Ellinghausen

The multinational technology giant said on Wednesday it had been running “experiments” on searches for newspaper websites including The Sydney Morning Herald that had affected only a tiny number of users.

“We’re currently running a few experiments that will each reach about 1 per cent of Google Search users in Australia to measure the impacts of news businesses and Google Search on each other,” a spokesman said.

The project would end early next month, he said.

“In 2018, the value we provided to publishers through referral traffic alone was estimated at $218 million.” 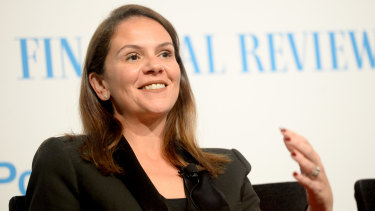 Mel Silva, managing director of Google Australia, says 80 per cent of submissions to the ACCC raised concerns with the plan.Credit:Jeremy Piper

The admission from the digital giant comes in the middle of a battle between the federal government and the tech giants over plans to force digital companies including Google and Facebook to pay news publishers for displaying their content.

Google is campaigning against a proposed industry code devised by the Australian Competition and Consumer Commission, which a Senate committee is examining before a final vote in Parliament early this year.

“We remain committed to getting to a workable code and look forward to working with the Senate committee, policymakers and publishers to achieve an outcome that’s fair for everyone, in the interests of all Australians,” the spokesman said.

However, users landing on Google's Australian search page are greeted with a message claiming there are widespread concerns about the new code.

Mel Silva, managing director of Google Australia, said 80 per cent of submissions to the ACCC raised concerns with the plan.

It is the latest bid by the company to pressure the government and crossbench over the legislation as the technology giants' power comes under increasing scrutiny following decisions by Twitter, Facebook and on Wednesday, Google’s YouTube, to suspend US President Donald Trump from their platforms.

But some of the submissions Ms Silva cites support broadening the code rather than canning or restricting it, and, at a Reuters conference on Tuesday night, ACCC chairman Rod Sims made the case for a code to address the tech giants' power.

"Google and Facebook don't need any particular news media business, they need them all, but they don't need them individually," said Mr Sims, whose agency conducted an 18-month inquiry into the industry. "And so that meant you had massive bargaining power imbalance."

Under the proposed code, media companies and tech platforms will have to negotiate a fair price for the content that the media now supplies to Facebook and Google for free, with an arbitrator to decide if talks fail.

"An overwhelming majority [of submissions] have concerns about key aspects of the code, or are downright opposed to it," Ms Silva said.

The submissions released by the ACCC are on an earlier version of the media bargaining code, which the government has since revised in part. Some of the submissions that raise concerns with the code also want it to be extended.

Google points to its global news initiative, which would pay publishers for putting their journalism in a "news showcase" section within its services, as a better alternative to the proposed code.

Unlike the code, if the publisher and Google cannot agree to terms, there would be no arbitration to force a deal.

01/13/2021 Lifestyle Comments Off on Google admits to removing local news content in ‘experiment’
Recent Posts
We and our partners use cookies on this site to improve our service, perform analytics, personalize advertising, measure advertising performance, and remember website preferences.Ok