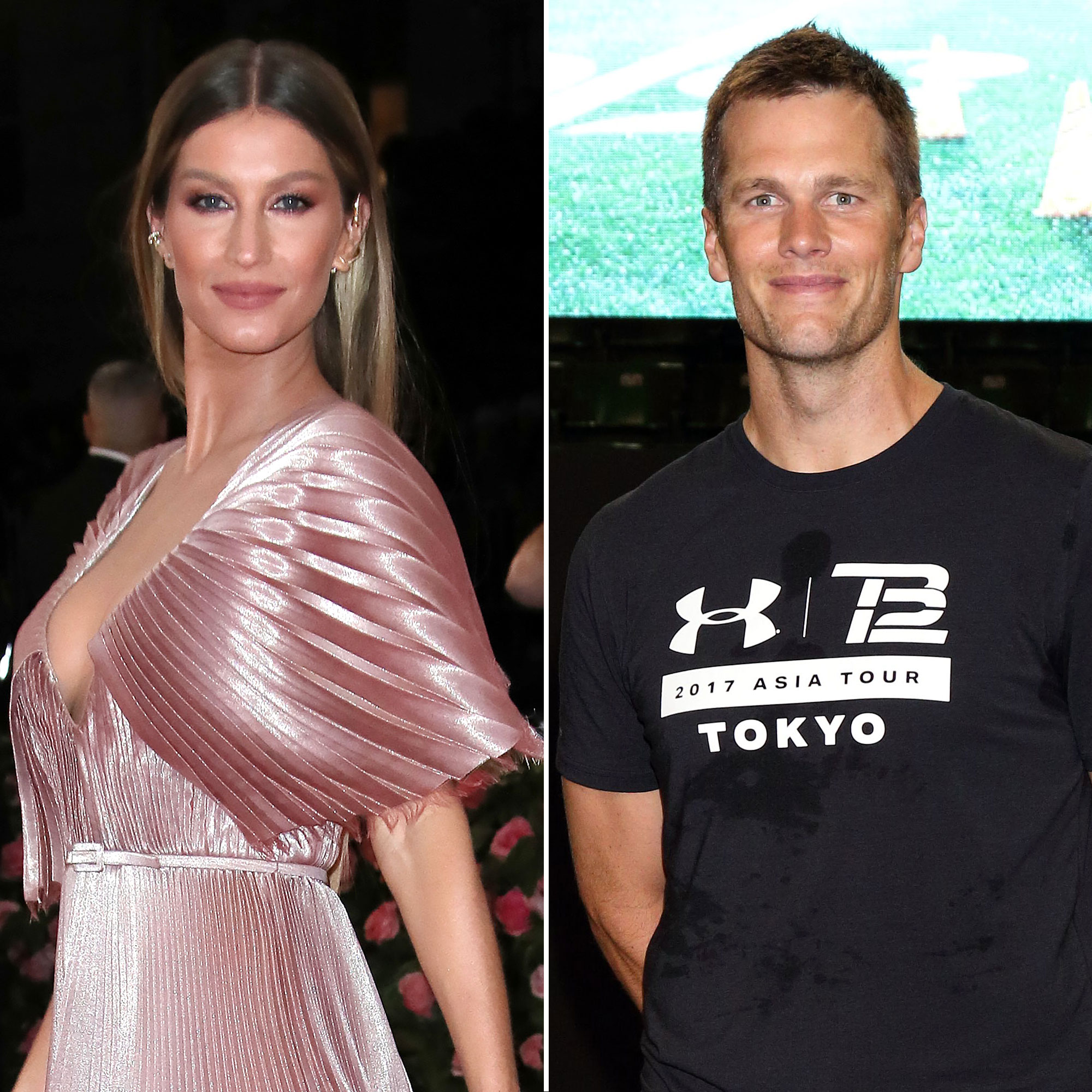 Getting away from it all. Gisele Bündchen was spotted on vacation with her children in Costa Rica weeks after she and Tom Brady confirmed their divorce.

Celebrity Splits of 2022: Stars Who Broke Up This Year

The supermodel, 42, was all smiles as she grabbed a bite to eat with son Benjamin, 12, and daughter Vivian, 9 — whom she shares with the quarterback, 45 — in photos published by Page Six on Monday, November 7. A makeup-free Bündchen wore a beige, [wrap cropped wrap top and flown pants for the beach outing, during which she was photographed chatting with her kids.

The tropical getaway comes two weeks after Bündchen and the NFL player announced that they had split after more than a decade of marriage. “In recent days, my wife and I finalized our divorce from one another after 13 years of marriage,” Brady wrote via his Instagram Story on October 28. “We arrived at this decision amicably and with gratitude for the time we spent together. We are blessed with beautiful and wonderful children who will continue to be the center of our world in every way. We will continue to work together as parents to always ensure they receive the love and attention they deserve.”

Everything to Know About Tom, Gisele’s Relationship Woes Before Split

He continued: “We wish only the best for each other as we pursue whatever new chapters in our lives that are yet to be written. And we kindly ask for privacy and respect as we navigate what is to come in the days and weeks ahead.” 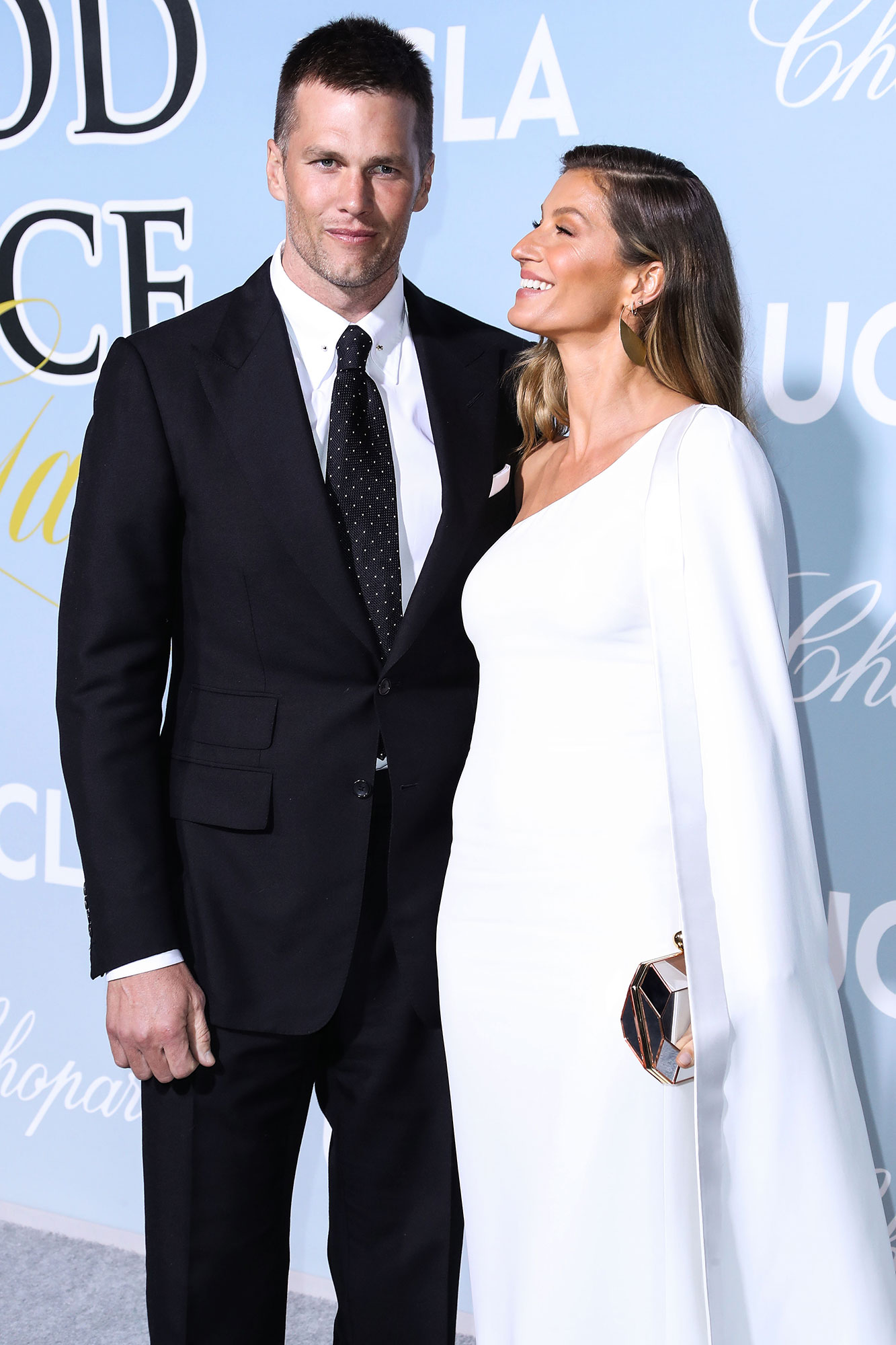 Bündchen, for her part, added that she and the Tampa Bay Buccaneers player — who also shares son Jack, 14, with ex Bridget Moynahan — were committed to forming an amicable coparenting relationship. “The decision to end a marriage is never easy but we have grown apart and while it is, of course, difficult to go through something like this, I feel blessed for the time we had together and only wish the best for Tom always,” she wrote via social media.

Us Weekly confirmed last month that the twosome, who began dating in December 2006 and tied the knot in February 2009, were living separately and had hired divorce lawyers.

“Tom and Gisele are still not seeing eye to eye regarding his retirement,” a source told Us at the time, referring to Brady’s decision to return to the NFL in March just six weeks after announcing his retirement. “They are currently living in separate houses, but continue to communicate.”

Bündchen opened up about the California native’s dedication to football and the imbalance it created in their relationship while speaking with Elle for her October cover story. “I’ve done my part, which is [to] be there for [Tom],” the Brazilian model explained. “I moved to Boston, and I focused on creating a cocoon and a loving environment for my children to grow up in and to be there supporting him and his dreams.”

Everything Tom Brady and Gisele Bundchen Said About His NFL Retirement

She continued: “Obviously, I have my concerns [with him returning to football] — this is a very violent sport, and I have my children and I would like him to be more present. I have definitely had those conversations with him over and over again. But ultimately, I feel that everybody has to make a decision that works for [them]. He needs to follow his joy, too.”