Girl, 16, who rushed to A&E with a broken FINGERNAIL is slammed by viewers after she complains about being made to wait to see a doctor

Aaliyah, 16, from London, appeared on Channel 4’s 24 Hours in A&E, as she attended St George’s Hospital with a broken nail and complained about having to wait to see a doctor.

Having gotten into a fight with a fellow pupil at her school, Aaliyah half-ripped off her false nail, and was forced to have it removed.

But viewers were less than sympathetic to her injury, with some of Twitter criticising the school girl for wasting time in the accident and emergency.

Aaliyah, 16, from London, attended A&E at St George’s Hospital having been involved in a fight that ripped half her acrylic nail off

The teenager complained of the lengthy waiting times before she was seen by a doctor, who gently remove the acrylic nail, seen far left

Viewers were critical of the teenager online, admitting they lacked sympathy for Aaliyah’s finger injury

One wrote:’Watching 24 Hours in A&E and the man with the stomach pains and the girl with the nail problem should have been chased out of there.

‘It isn’t a drop in for lazy idiots who can’t be bothered either consulting a pharmacist or GP. No need to wonder why waiting times are so long.’

Another commented:’No wonder casualty is always busy, going there with a broken nail ffs.’

As Aaliyah waited in a packed A&E with her mother Mariah and older sister Tia, she complained about the waiting times.

Holding her ‘throbbing’ finger, she groaned:  ‘Can someone come and deal with my finger, I think I’m going to pass out.’

Viewers were left unimpressed by Aaliyah’s finger nail injury, and took to Twitter to slam the teen

Her mother couldn’t help but chuckle, admitting: ‘Your finger does look a bit swollen actually.’

The teen, who says she regularly fights with her sister, explained the injury had happened while fighting with someone at school.

Mother Mariah said she wasn’t surprised by the injury, saying: ‘My girls have their moments, their arguments…but most of the time they’re there for each other,which is what being a sister is all about.’

She added: ‘Aaliyah loves the physical side of things.’ 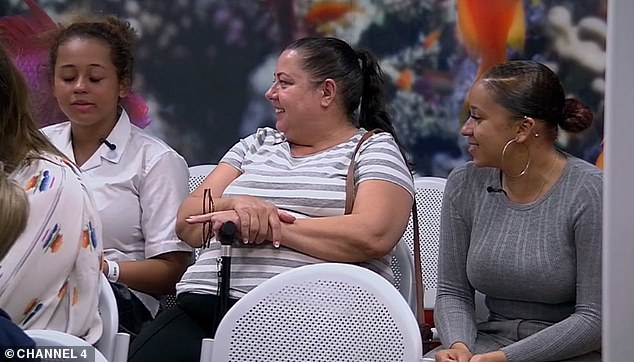 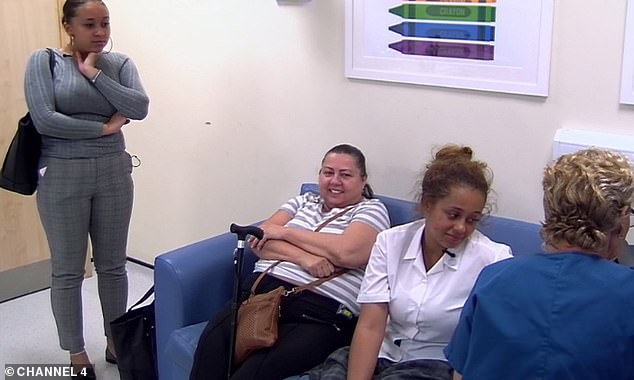 Later she admitted she’d gained the injury during a fight, with her mother Mariah revealing she enjoyed being ‘physical’

When the family are called in to see a doctor, she reveals they’ll have to remove the nail as it is ‘half coming off’, to allow a new nail to grow through.

She said they’d numb the finger before removing the nail, explaining that it could be a little painful.

The doctor went on to explain that they would have to remove the nail as it’s ‘half coming off.’

But viewers were less than sympathetic towards Aaliyah, and took to Twitter to criticise the teenager. 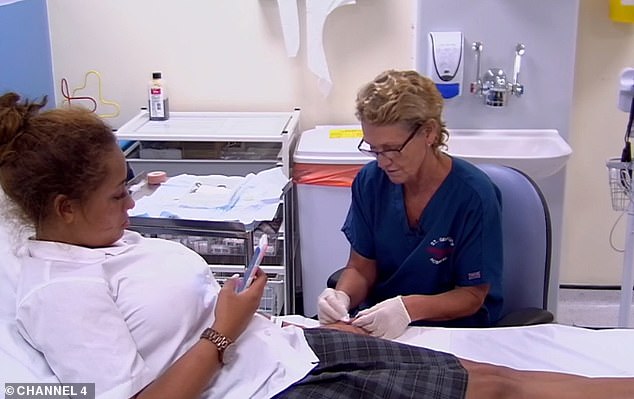 Having applied some numbing cream, a doctor removed the teenagers nail gently, saying it was ‘half off anyway’

The young girl, whose face appeared to be covered in scratches from the fight, bit into her fist as the doctor treated her nail

One wrote: ‘WTF. She was fighting at school and broke her nail clean off.’

Another commented: ‘Watching 24 hours in A&E whilst waiting for Drag SOS with Gemma and there’s a woman in the hospital because she broke her acrylic nail and it’s taken a bit of her normal nail off. Are you kidding me?’

One added:’Oh for gods sake! It’s a fingernail and you’re wasting everybody’s time by going to A&E. People need to re-evaluate what classes as a bloody emergency.’ 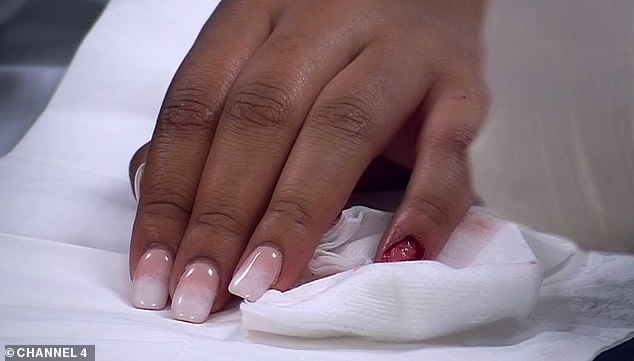 Aaliyah was left without a nail, but was assured that the removal would help her own fingernail to grow back

06/26/2019 Lifestyle Comments Off on Girl, 16, rushed to A&E with a broken FINGERNAIL is slammed by viewers
Recent Posts