French man storms out of an ‘absolute disaster’ of a first date after learning about his would-be girlfriend’s dietary requirement: ‘I left without saying goodbye’

A single French man has left thousands in stitches after sharing the details of his ‘disaster’ date where he walked out because of her dietary requirements.

Renan Pacheco, who is from France but living in LA, went on his first date with an American woman named Kimberley but was dismayed when she revealed she doesn’t eat gluten or drink alcohol.

In a viral TikTok clip, the actor said he was so ‘confused’ by Kimberley’s aversion to wine and wheat, he left the restaurant without even saying goodbye. 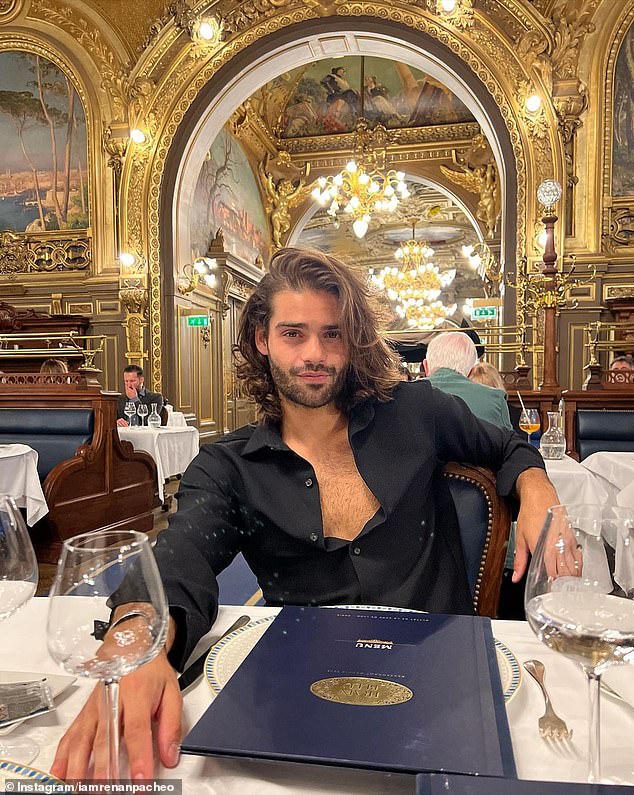 Renan Pacheco (pictured), a French actor living in LA, has told of his ‘disaster’ of a first date with an American woman named Kimberley who didn’t eat gluten or drink wine

François went on his first American date! It didn’t go as planned…

In the viral clip, Renan called his first ever date with an American woman an ‘absolute disaster’.

‘I arrive at the restaurant, first of all her name’s Kimberley, it’s not my favourite name but it’s fine, she’s pretty, so we sit down and we take the menu and she looks me in the eyes and she tells me she doesn’t eat gluten,’ he recalled.

To ease his ‘confusion’ and ‘chill a bit’, Renan said then he ordered a glass of wine but was taken aback when Kimberley revealed she doesn’t drink alcohol. 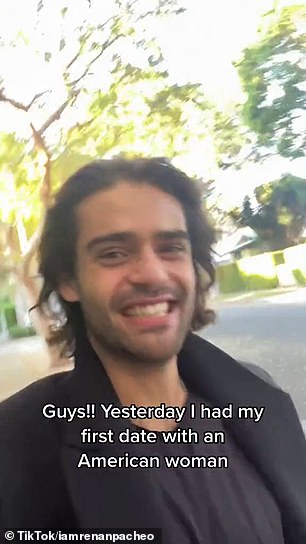 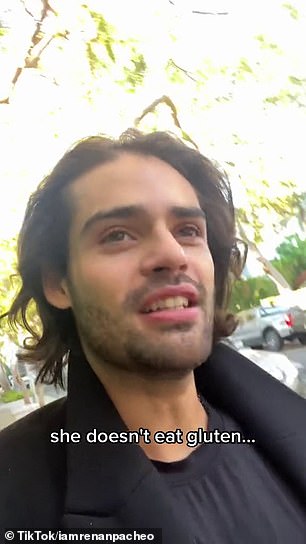 The actor said he was so ‘confused’ by Kimberley’s aversion to wine and wheat, he left the restaurant without even saying goodbye

‘How can you not drink alcohol in your life, Kimberley? Alcohol is joy… so I’m sorry, I’m sorry if I left, I left the restaurant without saying goodbye,’ he said.

‘I couldn’t stay there, I’m sorry but I can’t have a love relationship with someone who doesn’t eat gluten and doesn’t drink wine. I’m sorry, Kimberley.’

‘I literally knew you would say disaster before you said it,’ one viewer said.

‘I can understand gluten but alcohol… no, no, no… red flag,’ another agreed.

‘I can’t have gluten, I’ll just have double of the wine,’ laughed a third.

‘You did the right thing, brother,’ wrote a fourth.