An ex-vegetarian and mother has revealed she feeds her family with only meat that she has killed herself.

Rachel Carrie, 35, from Yorkshire, has shot and cooked a plethora of game in the past year, including 80 pheasants, 40 ducks and around 125 pigeons.

And she started her family young too – as her teenage son has been eating his mother’s kills since the age of four.

The self-professed animal lover even goes so far as to say that vegetarians and vegans should regard her as an ally.

‘Vegetarians and vegans, shooters and hunters need to be educated,’ she said, speaking to The Sunday Times. ‘We are not the enemy, we have a common ground.’ 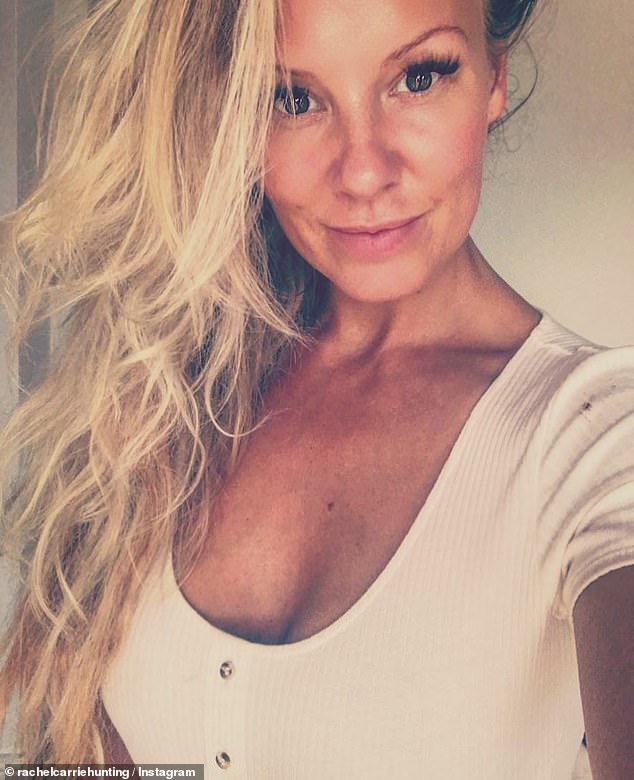 Rachel Carrie (pictured), 35, who lives in a Yorkshire barn and is a former vegetarian, has argued that eating meat can be done ethically 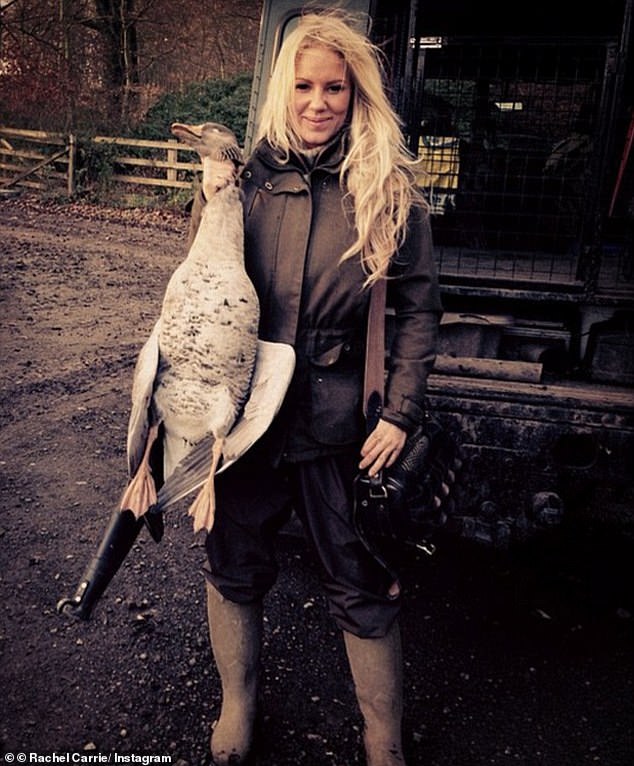 Rachel (pictured with a kill) asserts that vegetarians and vegans should regard her as an ally. She added: ‘We are not the enemy, we have a common ground’

The former veggie, who puts her lifestyle choice down to ethics, went on to explain the subject of deer stalking.

‘You place a clean shot straight through the heart and that animal never knew you were there,’ she said.

‘It didn’t suffer, it wasn’t scared. It didn’t get transported miles and miles to an abattoir.’

This is what she plans to tell those in attendance at next Sunday’s The Game Fair, England’s largest gathering of hunters and shooters – in Hatfield House, Hertfordshire.

Rachel, who works as an environmental impact assessor, said that the realities of factory farming persuaded her to become a vegetarian at the age of seven. 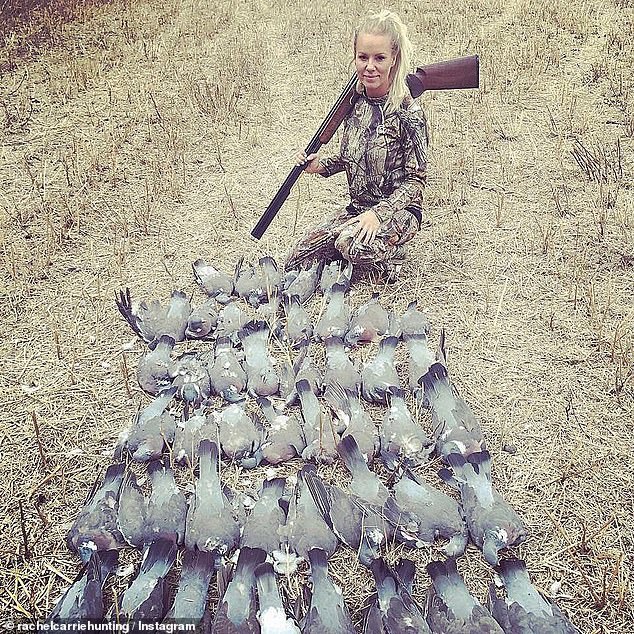 The 35-year-old, a self-professed animal lover, revealed that her teenage son has been eating his mother’s kills since the age of four. Pictured, posing with a kill of over 40 pigeons 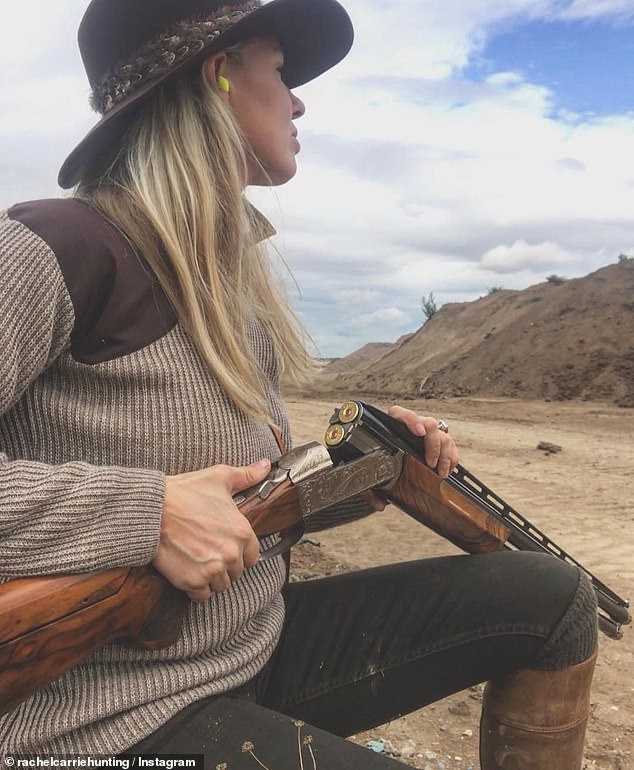 Rachel changed her lifestyle choice after five years when her father come home with a Harris’s hawk and took her out to find rabbits. Pictured with one of her hunting guns used to shoot the food she then feeds to her family 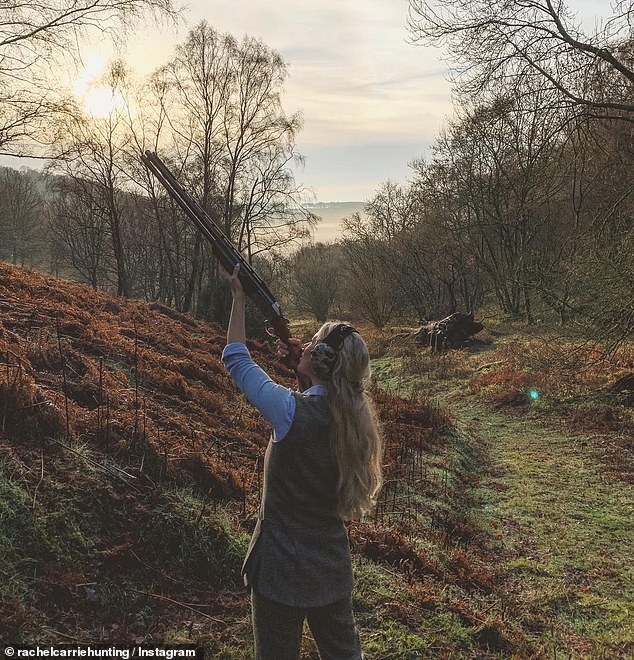 She stuck with the lifestyle for five years until her father came home with a Harris’s hawk – a bird of prey that catches small mammals – and took her out to find rabbits.

‘I wouldn’t eat meat or shop-bought beef or chicken but I would quite happily sit and eat rabbit stew,’ she told the publication.

‘I was quite at home with eating something where I had seen where it lived, if that makes sense.’

Rachel’s kills in the past year

Rachel also argued that vegetarian lifestyles actually may lead to the displacement and killing of wildlife, citing ‘ecosystems destroyed to grow crops’ and ‘animals dying from farmers protecting their crops.’

In reference to animal welfare issues surrounding the production of meat on a mass scale, she went on to explain that hunting offers the chance for someone to get all of the the nutritional benefits from meat but ‘without the guilt.’

Rachel added: ‘We should be able to eat meat and do so ethically.’

She went on to say that there is an abundance of game in the UK and she would like to see more people eating it, but insisted she wasn’t trying to convert non meat-eaters.

Nick Palmer, head of Compassion in World Farming UK, said that Rachel’s contribution to ‘the debate’ was welcomed.

He said that if people are going to eat meat, ‘let’s have it done on the basis that it is not wasted and not produced cruelly.’ 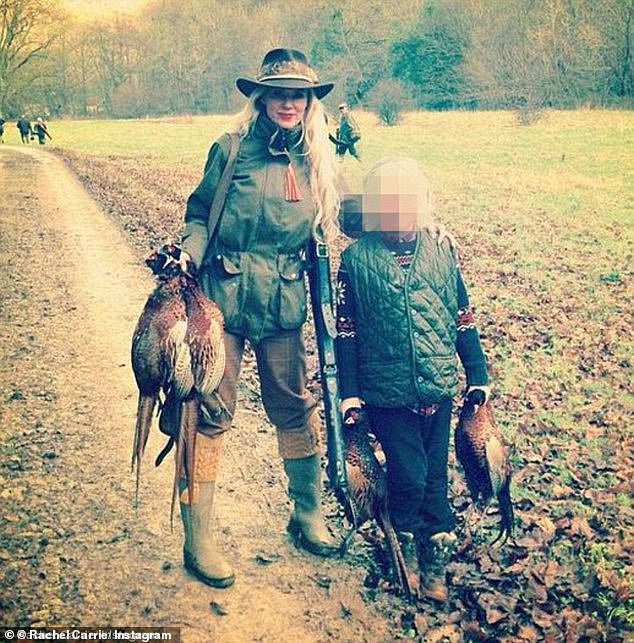 Rachel, pictured with her son, who works as an environmental impact assessor, said that the realities of factory farming persuaded her to become a vegetarian at the age of seven 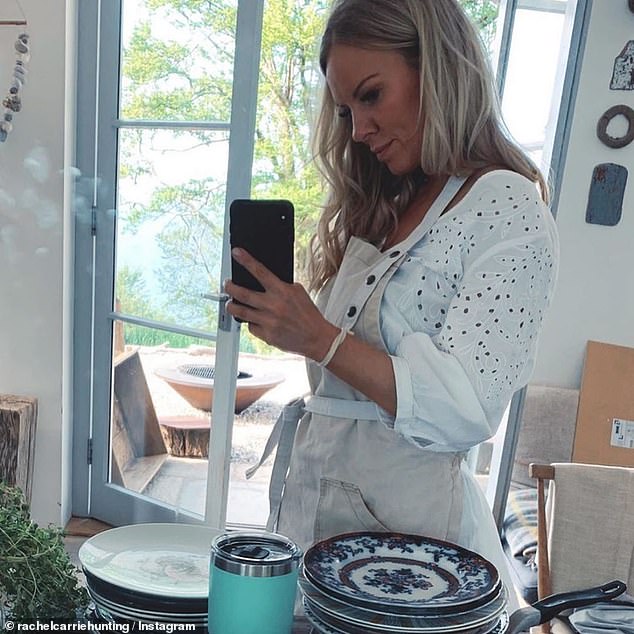