Give it the brush off! Fashion fans ridicule ‘horrible’ £2,000 Louis Vuitton bag that looks like a PAINT CAN from Virgil Abloh’s final collection

Fashion fans have been left divided as Louis Vuitton’s new menswear bag, modelled on a paint can, has gone on sale.

The LV Paint Can bag, costing £1,980, is described on the Parisian fashion house’s website as ‘a wildly creative alternative to a conventional bag’.

But while some appreciate the artistry behind the unconventional men’s accessory, others have branded it ‘horrible’. 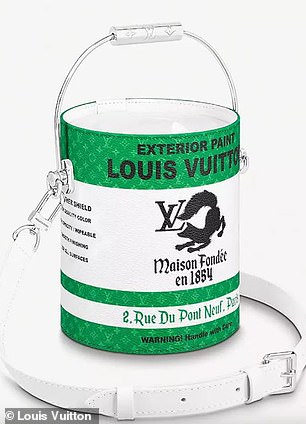 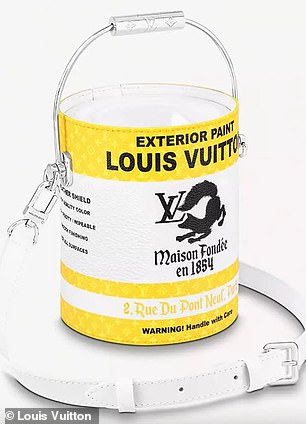 The Louis Vuitton LV Paint Can bag, which comes in six colours, has a metal handle and an adjustable strap

Some fans were unsure about the collection, branding the Paint Can Bag ‘horrible’

The coated canvas and cowhide leather bag, which comes in a variety of colours from Virgil Abloh’s palette, even has a metal handle to resemble the real thing.

Louis Vuitton advertises the bag as having enough space to hold two phones, with an adjustable strap that you can remove.

The bag was debuted at the designer’s Autumn/Winter 2022 show, which was the final show largely designed by artistic director Virgil Abloh before his death.

Abloh died at the age of 41 in November 2021 after a battle with a rare cancer, cardiac angiosarcoma.

It is thought the Autumn/Winter 2022 collection was 95% complete at the time Abloh passed away.

As the show debuted, Grazia described it as ‘playful, romantic, surreal at times and all underpinned by that canny intellectualism’.

The late designer is thought to have been inspired by artists such as Gustave Courbet and Giorgio de Chirico in his prints and colours.

The show notes described the collection as Abloh’s ‘Boyhood Ideology’ as if the world is being seen through the lens of an innocent child.

When the Paint Can Bag was first shown at on the catwalk, it drew plenty of attention from fashion fans who were divided over its appearance.

Commenting on the bag after Louis Vuitton posted the collection in its range of colours on Instagram, some people mocked the statement accessory.

One person wrote: ‘Always wanted my very own paint tin. All my hopes and dreams have come true.’

Another, who seemed totally perplexed by the bag, simply wrote: ‘Huh?’

One Louis Vuitton fan admitted that, while she admired the fashion house, she wasn’t on board with the collection.

She wrote: ‘I love LV but this is horrible!’ 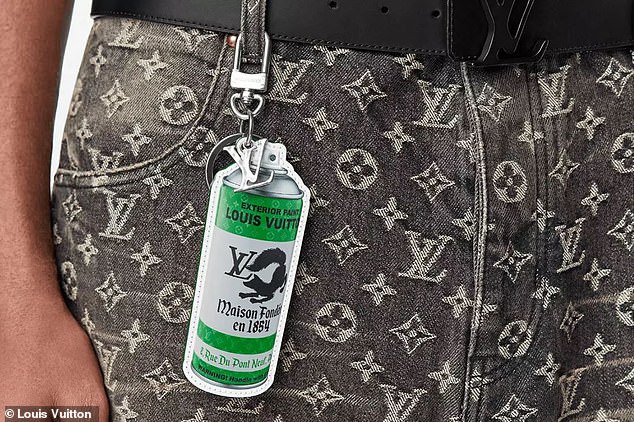 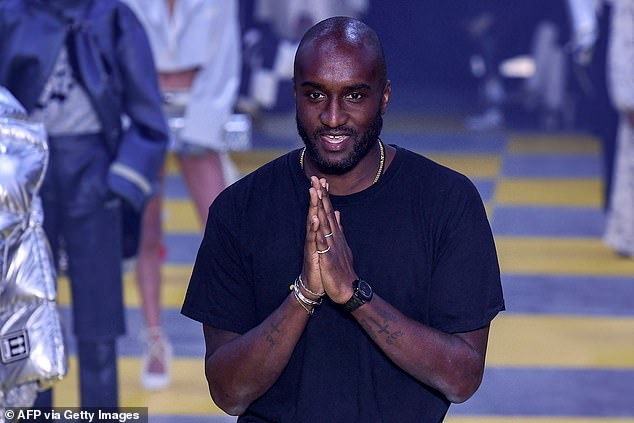 While some people were fans of the bag, others were confused by the concept and some outright mocked it

However, there were plenty of fans of Abloh’s vision, with one person writing: ‘Oh my God, love these.’

On Twitter fans were similarly split over the bag, with some people slamming the design.

One person wrote: ‘Since when is carrying a paint can considered fashion?’

They added: ‘This is as ridiculous as it can get’, going on to criticise the price of the bag.

Another person said they were a fan of the avant-garde design.

They wrote: ‘I love this type of ridiculousness.’

The bag is available in Abloh’s signature colours, purple, orange, red, green, yellow and blue on a white base.

Despite raising eyebrows among some fashion fans, the LV Paint Can Bag is expected to have a long waiting list of people desperate to get their hands on the statement piece.