Victoria and NSW will pay a huge economic and political price for the COVID-19 pandemic, losing potentially hundreds of millions of dollars worth of GST and seats in parliament to other parts of the country.

New population estimates for the nation’s two largest states show a “shortfall” of 101,000 Victorians and 95,000 people across NSW, paving the way for a re-jig of the $79 billion GST pool and a loss of federal representation. 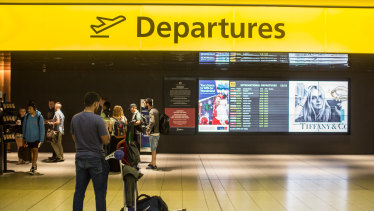 More than 100,000 residents have left Melbourne in recent years.Credit:Scott McNaughton

If Victoria does not turn around the population crash it suffered through COVID-19, it could lose an unprecedented two federal electorates in boundary redistributions, while NSW is on track to lose one. Western Australia could reclaim the electorate it lost before the 2021 election as well as millions in additional GST payments.

The Australian Bureau of Statistics this week released the 2021 census. That information was used to update the nation’s estimated population as at June last year at 25.6 million. This was 50,000 lower than the bureau had expected when it last updated its forecasts.

While a 50,000 over-estimate of the population is not large, there were wide differences between the states and territories.

While Victoria in the final three months of 2021 enjoyed its first increase in overall population since the March quarter of 2020 thanks to births and international migration, the state still suffered a net loss of people to other parts of Australia.

The change in population has a direct flow-on effect to how the GST pool is allocated. In the case of both Victoria and NSW, the reduction means they will get less than had been expected.

After the 2016 census, after which population estimates were updated, Western Australia lost $391 million in GST due to an over-estimation of the state’s population by 50,000. 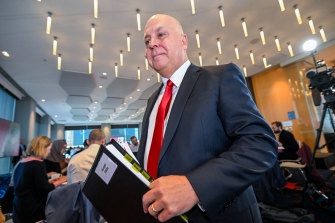 Victorian Treasurer Tim Pallas with his most recent budget. Forecast GST will be hit by new population estimates.Credit:Joe Armao

Western Australia, which is being channelled close to an extra $20 billion in GST over and above what it would normally get under the annual carve-up of the GST due to a deal put in place in 2018 by then-treasurer Scott Morrison, will next year get tens of millions dollars more than expected.

A Victorian government spokesman confirmed the state’s GST share would be updated for the new population estimates in the next budget cycle while taking aim at the Coalition’s deal with WA.

“The changes to the GST system made by the former Commonwealth government in 2018 will disadvantage Victoria; we’re proud to have a real partner in Canberra we can work with to ensure states like Victoria get a fairer deal,” he said.

It is a similar situation in the recent NSW budget delivered by Treasurer Matt Kean in which he forecast a deficit of $11.3 billion for the coming year.

“The Commonwealth government’s changes mean that WA is treated differently from all other states, including NSW. This signals to all Australians that the Commonwealth considers WA residents to be entitled to greater access to better quality services while bearing a lower tax burden compared to anyone else,” he noted.

The population changes will not feed into the new financial year, but will hit GST allocations from the 2023-24 financial year. That is the year both Victoria and NSW expect a marked improvement in their budget bottom lines. 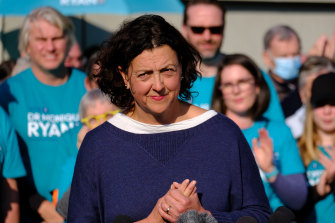 But the hit will not just be financial.

The population estimates also underpin the number of federal electorates in each state and territory bar Tasmania, which is constitutionally assured of five seats.

Psephologist William Bowe said so great had the loss of population been in Victoria, the state could lose two seats for the 2025 poll.

NSW is also teetering on the edge of losing a seat.

Bowe said in both cases, the electorates to go would likely be inner-urban seats. He said in Melbourne, the seats of Kooyong (won by teal independent Monique Ryan), Higgins and Chisholm (both won by Labor) were at risk.

In NSW, the seats of Wentworth (won by independent Allegra Spender), Grayndler – the seat of Prime Minister Anthony Albanese – and Watson (held by Labor frontbencher Tony Burke) could be merged with neighbouring electorates if the state lost a seat.

WA, which recorded a 10.6 per cent swing to Labor, would likely get back an electorate it lost before the 2021 election.

“Victoria will have to turn around the loss of population it’s suffered to only limit the loss to one seat,” he said.

Bowe said the federal parliament could shrink from its 151 MPs to 149.

An Australian Electoral Commission redistribution of NSW is due to start by February.