There is a distinct difference between nature documentaries made in France and those from the rest of the world. The BBC template usually takes man out of the frame, pretending that the animals and places being photographed exist in some perfect Eden where man has not arrived to commit original sin. That has been the model for a very long time because the BBC is selling what the viewer wants – an exotic form of silence that comes from being out there where men do not go. 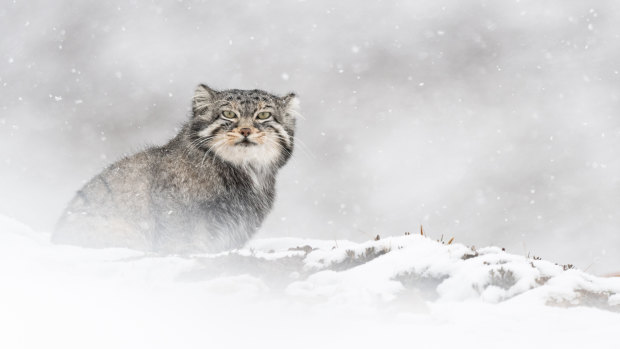 A scene from documentary The Velvet Queen.Credit:Vincent Munier courtesy of Madman Entertainment

A French nature documentary would typically commit the opposite sin: they always have man in the frame or in the ears, usually in the form of a soppy narration that bangs on with typically French existential gravity. The Velvet Queen is right on point in that style, but the images save it. The camerawork is truly epic.

Vincent Munier cut his teeth on wildlife still photography. He grew up in the Vosges Mountains of eastern France, exploring nature with his father. He has made films all over the world: Ellesmere Island to film a pack of Arctic wolves; Antarctica to film the sequel to The Emperor’s March.

Here, he goes to the high plains of Tibet in search of the snow leopard. He brings along Sylvain Tesson, who will write a book about the expedition called The Art of Patience: Seeking the Snow Leopard. The very title tells you he is going to overthink it. A few of his utterances here could curdle one’s breakfast.

Up at 5500m, the temperature here ranges between -9 and -30 degrees celsius. The landscape is truly lunar. Munier is as happy as he could be; Tesson less so. He has not yet learned the art of patience, as he freely admits. 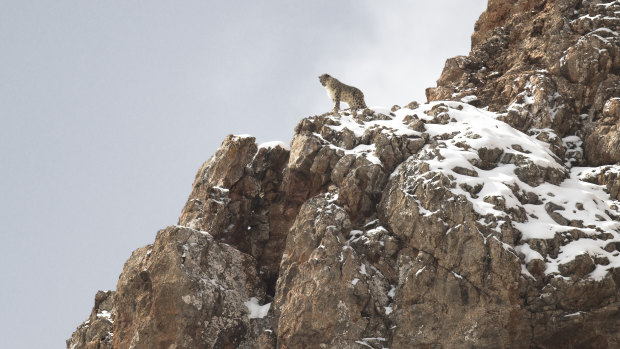 The Velvet Queen is a nature documentary about the search for a snow leopard.Credit:Vincent Munier, courtesy of Madman Entertainment

Munier engages with his location like a happy kid. He is an expert at sitting and waiting, keeping out of sight, choosing the best vantage point. We meet all the gang from up here – yak and antelope, rabbit and eagle, fox, bear and wolf – just no “pantheres des neiges”, as the French call snow leopards. Making us wait till the end is a clever idea. When we do see one, it brings tears to Munier’s eyes and quite possibly the viewer’s. The leopard sits and gazes straight into the camera, with a directness that seems to ask: why are you here? Can you not leave me alone?

Munier and Tesson were never really alone. French co-director Marie Amiguet and a small crew filmed their every step, which makes Tesson’s musing about silence and loneliness somewhat amusing. But there is no mistaking the power of this place. Munier’s breathtaking images are transcendently beautiful. That is all the eloquence the film needs.

The Velvet Queen opens in selected cinemas on November 10.