Time flies! Justin Hartley opened up about adjusting to life as an empty-nester as daughter Isabella heads to college.

“It’s tough when they leave,” the This Is Us alum, 45, confessed during his Thursday, November 17, appearance on The Jennifer Hudson Show. “You think you’re ready for it because as they get older they gain independence and they’re gone a lot anyway. They have their own friends and their own interests. You can always, I guess, go see them.”

Hartley continued: “But when they’re [really] gone, it really is a text or a phone call. And you know, she’s 18, so let’s be honest, it’s a text. I’m not getting phone calls, which is normal, but I hate it.”

Host Jennifer Hudson, who shares 13-year-old David with David Otunga, added that she’s “not ready” for when her son leaves the house. “I’m bracing myself for it,” she said.

Despite the challenges of parenting a college student, Hartley is looking on the bright side. “But you know what does happen … is you do get more time to party,” he teased.

This Is Them! Get to Know the ‘This Is Us’ Cast’s Children

The former soap opera star welcomed his daughter in July 2004 with ex-wife Lindsay Korman. The duo tied the knot two months prior. After eight years of marriage, the Passions alums called it quits in May 2012. 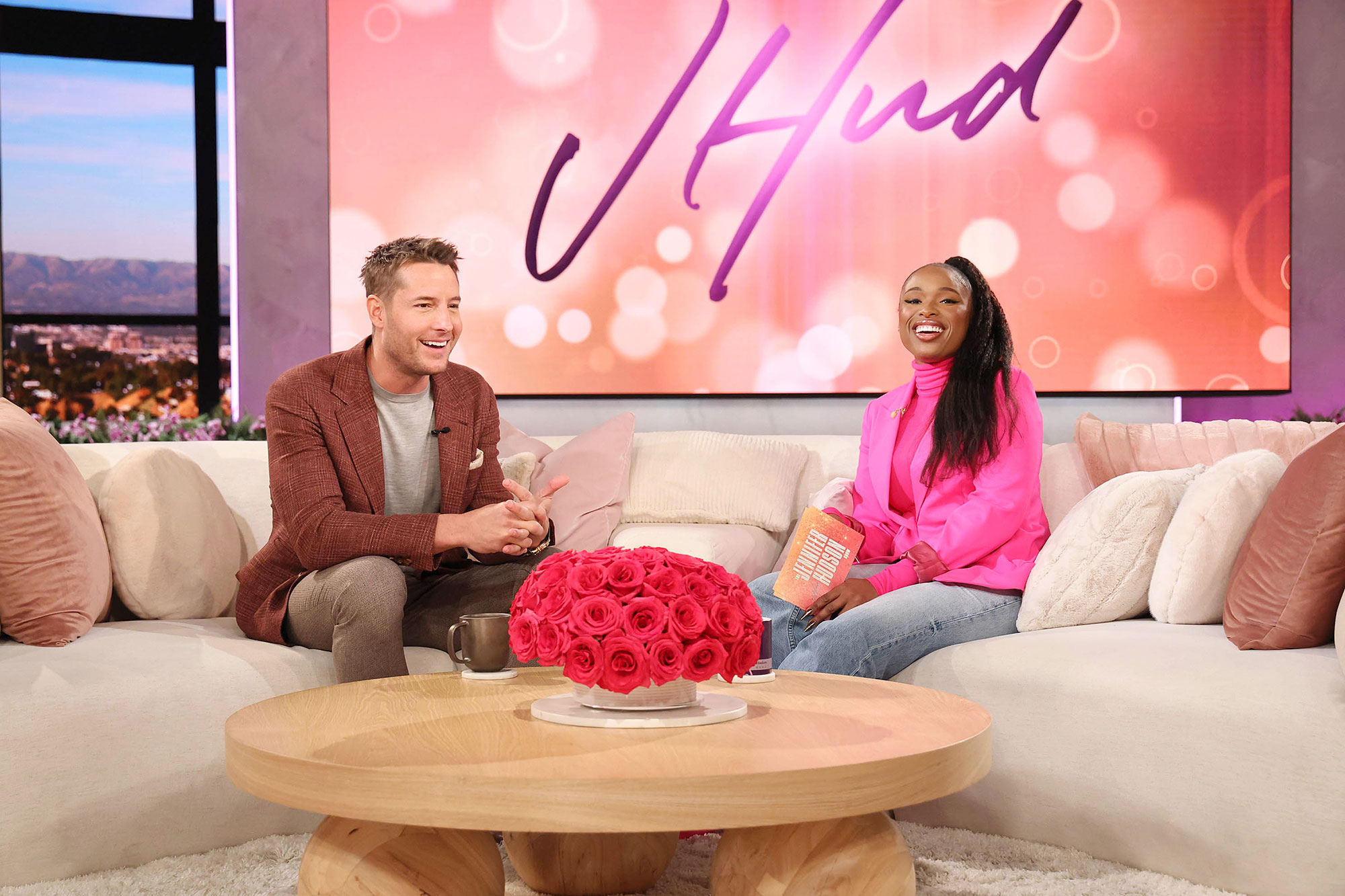 Hartley moved on with Chrishell Stause two years later, and the pair announced their engagement in July 2016. They exchanged vows in October 2017, and Us Weekly confirmed in November 2019 that the Emmy nominee filed for divorce. Stause, 41, alleged during season 3 of Selling Sunset that she was blindsided by the split — even telling the cameras that she learned about Hartley’s filing in a text message.

Us broke the news in January 2021 that the exes finalized their divorce. Hartley quietly married Sofia Pernas less than six months later.

Justin Hartley and Chrishell Stause: The Way They Were

Though his relationship history has frequently made headlines, the Young and the Restless alum has been more tight-lipped about fatherhood. In June 2019, he exclusively told Us that he considered Isabella his “best friend.”

“We do everything from read to surf Instagram,” he gushed at the time. “We’ll go for walks. We played basketball yesterday morning. … We swim, we go for drives, we do everything.”

The A Bad Moms Christmas star continued: “It’s nice. I’m lucky to have a [daughter] who I feel like tells me everything or can tell me everything. She probably doesn’t tell me everything, but I think she feels like she can. That was the goal. … She’s my best friend.”