DOMINIC LAWSON: Tightwad Boris will have hated forking out for Carrie’s decor. But his cash problem isn’t a patch on his idol’s

The Prime Minister has a problem with his personal finances. That is the easiest explanation for why Boris Johnson attempted to get Conservative Party donors to help pay for an expensive refurbishment of the Downing Street flat in which he, his fiancée Carrie Symonds and their baby son Wilfred live.

It would have been an unprecedented arrangement — which the PM’s former chief adviser, Dominic Cummings, said last week was ‘unethical, possibly illegal, and almost certainly broke the rules on proper disclosure of political donations if conducted in the way he intended’.

Following Mr Cummings’s remarks — delivered on his personal blog in retaliation for Boris Johnson’s idiotic move to brief newspapers that Cummings had been the source of various disobliging leaks about the matter — the PM decided, after all, to cough up the £58,000 bill which was to have been given by benefactors.

But how much of a scandal is it? And how dangerous, in terms of arousing the anger of voters? 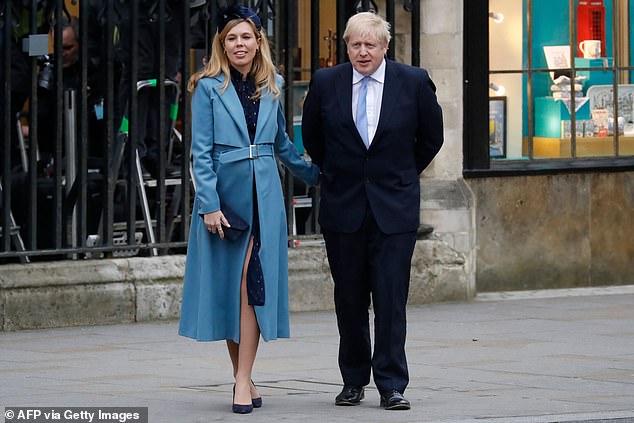 According to the former Conservative Attorney General for England and Wales, Dominic Grieve, it was a further demonstration of the fact, as he put it, that Boris Johnson is ‘a vacuum of integrity’. And Grieve pointed out on Radio 4’s Today programme: ‘Ministers cannot accept gifts from individuals in their ministerial capacity.’

A stern point well made, although I found myself giggling during this lecture, as the BBC’s Nick Robinson repeatedly addressed Grieve as ‘Sir Dominic’ (which he isn’t) and the normally punctilious former chief law officer repeatedly failed to correct his over-promotion. It made him appear all the more pompous, even though, as I say, his argument was sound. 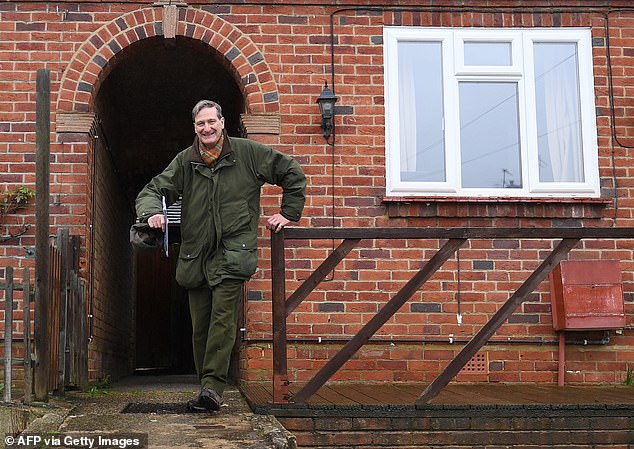 According to the former Conservative Attorney General for England and Wales, Dominic Grieve, it was a further demonstration of the fact, as he put it, that Boris Johnson is ‘a vacuum of integrity’ 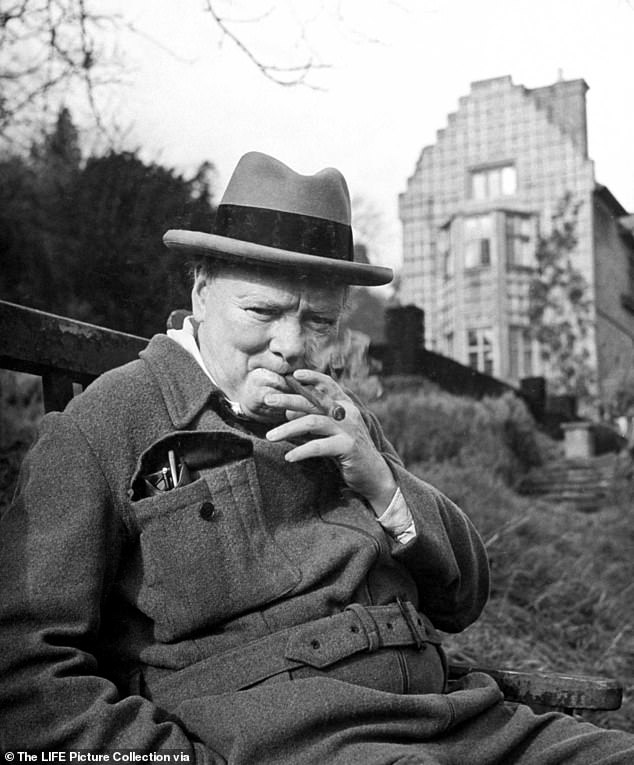 The great war leader spent his adult years prior to the conflict in a constant and growing state of indebtedness, peaking at almost £2 million (in today’s money)

And what of the public’s view of the leaks? Boris Johnson has said ‘they don’t give a monkey’s’ — despite the fact that Mr Johnson clearly gives lots of monkeys, or he wouldn’t have earlier briefed newspaper editors about how disgraceful it was that Cummings had, allegedly, been leaking stories about the unorthodox financing of his domestic refurb.

Some have compared it to the parliamentary expenses row of 2009, and there is a superficial similarity. That was about how a large number of MPs (well, almost all of them) had found ways of getting approval from the House of Commons ‘fees office’ to pay for home improvements not obviously relevant to their parliamentary duties, including moat-dredging and ornamental duck houses.

But there is a crucial distinction: these excesses were all funded by the taxpayer without us having known what had been going on, still less having any say in it.

At worst, I suppose those not already ill-disposed towards the PM would see his behaviour as that of someone who doesn’t know how to live within his means, or who can’t say ‘no’ to his fiancée when she wants to break the household budget on interior decoration.

If it is the former, the most obvious precedent is Boris Johnson’s political hero, Winston Churchill. The great war leader spent his adult years prior to the conflict in a constant and growing state of indebtedness, peaking at almost £2 million (in today’s money).

This was described with extraordinary detail in the book No More Champagne: Churchill And His Money, by David Lough. The author gave the full lowdown on Churchill’s extravagance, the gambling that he engaged in to pay for it, and the outrageous schemes he engineered to escape the consequences: such as borrowing from his children’s trusts, having assigned some of his earnings from his writing to his son, Randolph, as a tax avoidance measure.

It was only when, in 1938, Churchill negotiated a colossal secret gift of cash from a retired multi-millionaire banker and businessman called Sir Henry Strakosch that he managed to escape from the clutches of imminent bankruptcy and public disgrace.

But even as a successful war leader, Churchill found a most unorthodox way of guaranteeing his family’s financial future, by accumulating many documents which properly belonged to the state.

As the Cabinet Secretary Sir Robin Butler put it in a memo to his then boss, Prime Minister John Major, ‘Churchill took away with him a vast collection of papers . . . which comprised both personal and official records and set up a trust fund to ensure that any financial benefit from the use of the archives accrued to his heirs’.

Butler wrote this memo because Major was weighing up whether to approve the use of £12.5 million of the lottery-funded National Heritage Memorial Fund to buy this archive from Churchill’s grandson — also called Winston, and also a former Conservative MP — rather than let it be sold to foreign buyers (most likely an American university library).

John Major agreed to the deal, to the scorn of a newspaper columnist called . . . Boris Johnson. In an article in April 1995, Johnson questioned whether £12.5 million of lottery funds should find its way into the pockets of Churchill’s grandson, concluding: ‘This is the most elegant means yet devised of taking from the poor to give to the rich.’ 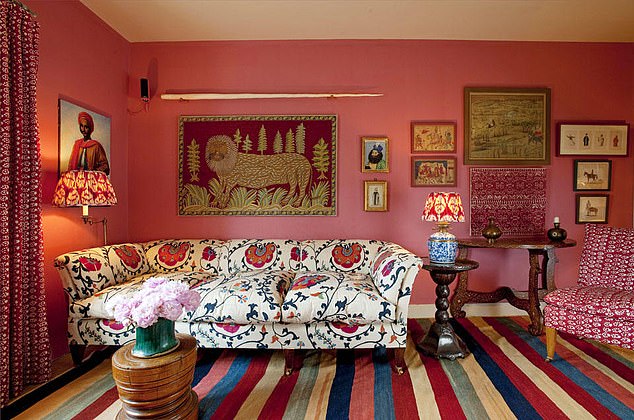 However, the Boris Johnson I have long known does not have any extravagant tastes; and I am sure the idea to get the Downing Street flat done up by Lulu Lytle (in a style which looks, by the pictures I have seen, more like an upmarket Turkish brothel than anything else) would not have been his. (Pictured, Lulu Lylie London flat) 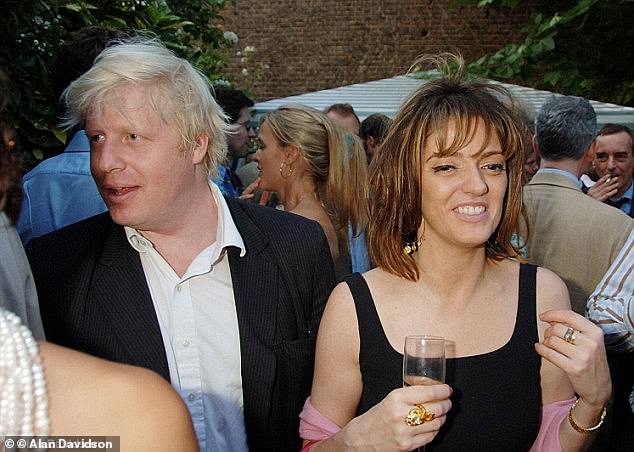 And we know from his ex-mistress Petronella Wyatt that he has none of Churchill’s pampered palate: ‘[Boris’s] idea of fine dining was Pizza Express’

As far as the two men’s money-related habits are concerned, however, there are both similarities and differences. A similarity is that the two have a history of anxiety in the matter. At the age of 24, Churchill wrote to his brother, Jack: ‘The only thing that worries me in life is money.’ And Boris Johnson’s behaviour, since he was a similar age, evokes the same fear.

A friend who was at Oxford University with Johnson told me that the young Boris had for ages not paid him some money he owed. Then, some years later, this friend saw Boris ‘stuffing his face’ in a restaurant he happened to be walking past. So he went in and confronted Johnson over the long-unpaid debt. Embarrassed, he agreed to pay. Days later, a cheque arrived . . . signed by someone other than Boris.

But my friend had better luck than Johnson’s former boss at the Daily Telegraph, Max Hastings. After his columnist lost a bet they had over the result of the 2010 general election, Boris Johnson, after much cajoling, sent his ex-editor a letter with the words, ‘cheque enclosed’. But there was no cheque.

It is said that Johnson’s financial delinquency owes much to the costs of his divorce from his second wife, Marina, and of funding his children (he has six, at a minimum). But the incidents recounted above long predate those circumstances.

However, there is a significant difference from the case of Winston Churchill (apart from the fact that he was completely faithful to his only wife, Clemmie). Churchill had very expensive tastes. He drank only the best champagne (in vast quantities); he would have all his shirts and suits made bespoke; he purchased a financial sink hole in the form of the Chartwell estate, where he lived on a grand scale.

However, the Boris Johnson I have long known does not have any extravagant tastes; and I am sure the idea to get the Downing Street flat done up by Lulu Lytle (in a style which looks, by the pictures I have seen, more like an upmarket Turkish brothel than anything else) would not have been his. Well, fair enough, most men leave such matters to their partners.

Boris’s own style is better captured by the fact that his car (as we learned when it was snapped, with unpaid parking tickets, outside Carrie Symonds’s flat in 2019) was a 1994 Toyota Previa. And we know from his ex-mistress Petronella Wyatt that he has none of Churchill’s pampered palate: ‘[Boris’s] idea of fine dining was Pizza Express. One of the worst crises of our friendship came when I cooked him a seafood risotto . . . [costing] a good deal of money . . . [Boris said:] “I can’t eat that. Do you have any crisps?” ’

So, whatever the PM’s sins, I don’t think extravagance can be numbered on that (long) list. But he’s clearly a tightwad — and will be furious he’s now having to pay up for Carrie’s Downing Street makeover.

04/26/2021 Lifestyle Comments Off on DOMINIC LAWSON: Tightwad Boris will have hated forking out for decor
Recent Posts