Federal ministerial staffers contacted the highest levels of the ABC to ask whether a Four Corners episode about an alleged toxic culture in Coalition government offices was in the public interest.

ABC managing director David Anderson said he had received about "half a dozen" emails from staff of government ministers whose offices had been approached by Four Corners for comment about the program due to air on Monday night. 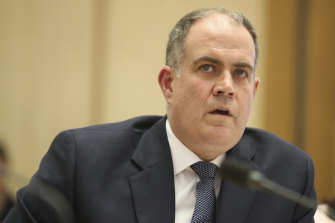 Mr Anderson said he did not regard the emails as detailing any "direct threat", but said they raised questions about whether or not the subject matter was in the public interest.

"I haven't had it put to me to drop the story entirely. What I've had is questioning about whether it was in the public interest," Mr Anderson told a Senate estimates committee on Monday.

"Contact over a story pre-publishing that sits outside the person of interest I think is problematic. "I'm not aware of any untoward pressure on the ABC specifically not to publish but any contact I think becomes difficult."

He said he was emailed directly, and also copied in on emails from ministerial officers, and had received phone calls from one office. 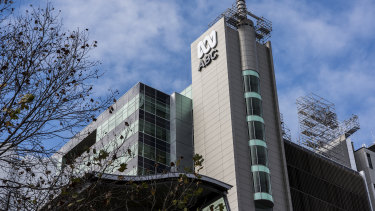 "I'm not in the habit of responding to allegations people make based on a program that I haven't seen and I don't even know what's in it," Mr Morrison said.

However, he said the ABC should not limit its focus to one side of politics and should act in an independent and an unbiased way.

"If they're going to make inquiries, I would think they'd want to do them across the political spectrum and it's really for the ABC under their charter to remain true to that," Mr Morrison said.

He added he was "one of the strongest supporters" of the "bonk ban", first introduced by then-prime minister Malcolm Turnbull following revelations Nationals MP Barnaby Joyce had had an extramarital affair with his media adviser Vikki Campion. Mr Joyce was deputy prime minister at the time and resigned from the front bench shortly after the revelations were made public.

The ban outlawed sexual relationships between ministers and their staffers under the ministerial code of conduct.

Mr Joyce, who is fiercely opposed to the bonk ban, said his resignation had established a precedent and the government now likely faced the "dilemma of consistency".

"This thing has come and bit us on the proverbial. It was inept. I never believed my situation was unique and in fact I had very strong suspicions of others. That doesn't make it right but it does make it a fact," Mr Joyce said.

He said he did not want his colleagues to lose their jobs if they fell foul of the bonk ban, providing the relationship was between consenting adults.

"I definitely don't want the same thing for them. But I definitely want an explanation as to why my situation was different. Why did I lose my job?"

11/13/2020 Lifestyle Comments Off on Coalition staffers asked ABC boss if Four Corners episode was in the public interest
Recent Posts
We and our partners use cookies on this site to improve our service, perform analytics, personalize advertising, measure advertising performance, and remember website preferences.Ok