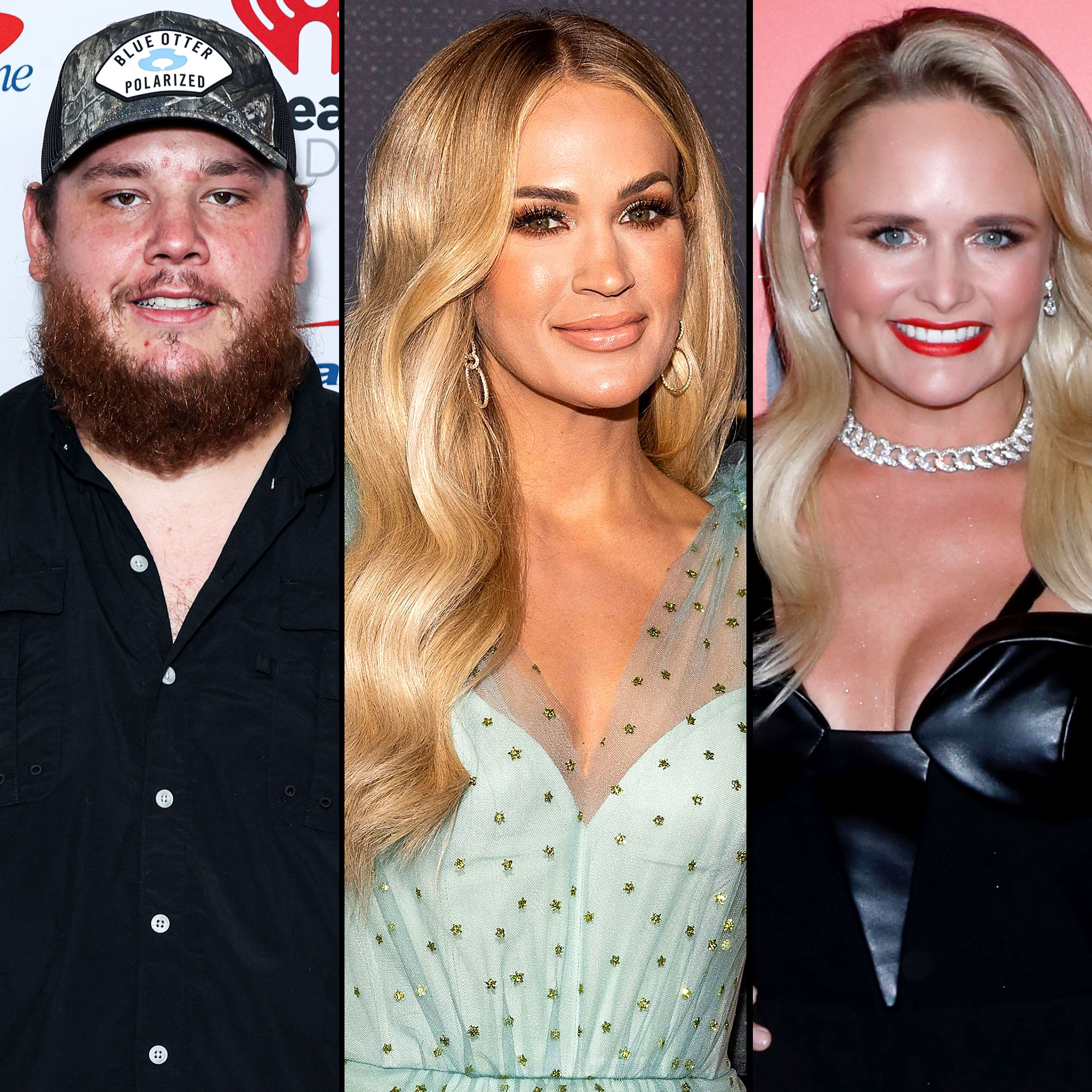 Something to sing about! Country music’s biggest stars will celebrate their career achievements at the 2022 CMA Awards on Wednesday, November 9.

CMAs 2022: Everything to Know About Nominees and More

Nominations for the awards ceremony were announced in September, with Lainey Wilson leading the pack and scoring an impressive six nods, including one for New Artist of the Year.

“I’m speechless. While I try to find the words just know that I’m blown away and so so honored and proud to be nominated,” the “Heart Like a Truck” songstress, 30, gushed via Instagram at the time. “Thank you to the entire country music community!”

Country favorites Chris Stapleton, Carly Pearce, Ashley McBryde, Miranda Lambert and Luke Combs also scored nominations at the CMAs. Maren Morris, for her part, earned a coveted Album of the Year nod for Humble Quest. However, she debated whether she would actually attend the big night.

“I’m very honored that my record is nominated. But I don’t know if I feel [at] home there right now,” the “Bones” singer, 32, told The Los Angeles Times later that month following her social media feud with Brittany Aldean. “So many people I love will be in that room, and maybe I’ll make a game-time decision and go. As of right now, though, I don’t feel comfortable going.”

Morris added: “Some nights are fun. Others I’m just crawling out of my skin. I’m not good at those events because I’m awkward. But this time I kind of feel peaceful at the notion of not going.”

The Texas native publicly slammed Jason Aldean’s wife, 33, for sharing a transphobic social media message earlier this year. “If it’s confusing to you, it’s because you think we’re ‘fighting’ over politics. We’re not. This isn’t political,” Morris tweeted in August, shortly after Brittany compared a childhood “tomboy” phase to gender transitions. “We’re calling someone out for being transphobic and thinking it’s hilarious. It isn’t.”

While the boutique owner and Morris have yet to bury the hatchet, they have continued to back their own positions.

“I was extremely surprised. I, in saying my response, I never thought that there was anything wrong with it,” Brittany, who shares two children with her 45-year-old husband, said as she defended her actions during a September appearance on Tucker Carlson Tonight. “I think I’m advocating for children. I think that children should not be allowed to make these life-changing decisions at such a young age. They are not mature enough.”

The Aldeans are also set to attend the musical festivities as the “Big Green Tractor” crooner scored a joint nomination with Carrie Underwood for their song “If I Didn’t Love You.”

Scroll through for a complete list of 2022 CMAs nominees — look for the bold names during the show to see who won:

Entertainer of the Year

Female Vocalist of the Year

Male Vocalist of the Year

Vocal Group of the Year

Vocal Duo of the Year

New Artist of the Year

Album of the Year

Single of the Year

“Half of My Hometown,” Kelsea Ballerini featuring Kenny Chesney

“’Til You Can’t,” Cody Johnson

“You Should Probably Leave,” Chris Stapleton

Song of the Year

“Sand In My Boots,” Morgan Wallen

“You Should Probably Leave,” Chris Stapleton

Musical Event of the Year

“Beers on Me,” Dierks Bentley with BRELAND and HARDY

“If I Didn’t Love You,” Jason Aldean and Carrie Underwood

Music Video of the Year

“I Bet You Think About Me (Taylor’s Version) (From The Vault),” Taylor Swift featuring Chris Stapleton

“’Til You Can’t,” Cody Johnson

Musician of the Year