Would you expect anything less from Kravis? As footage from Kourtney Kardashian and Travis Barker’s Italian wedding keeps rolling in, some fans can’t get past a video of the rocker using his teeth to remove his new wife’s garter at their reception.

Barker and ex-wife Shanna Moakler’s 16-year-old daughter, Alabama Barker, went live on Instagram during the Sunday, May 22, celebrations and caught the steamy moment on video. The Jackson 5’s “I Want You Back” was blasting as the Blink-182 drummer used his teeth to slide the accessory off Kardashian’s thigh before using his hands to finish the job.

Us Weekly confirmed on Sunday that the Poosh founder and the musician exchanged vows in Portofino, Italy. Alabama’s 18-year-old brother, Landon Barker, and her 23-year-old stepsister, Atiana De La Hoya, were also in attendance alongside Kardashians’ three kids — Mason, 12, Penelope, 9, and Reign, 7 — whom she shares with ex-boyfriend Scott Disick.

“Happily ever after,” the Keeping Up With the Kardashians alum captioned a series of snaps from the ceremony on Sunday via Instagram.

The bride and groom — and their closest family members, including Kim Kardashian, Khloé Kardashian, Kendall Jenner and Kylie Jenner— wore Dolce & Gabbana for the lavish wedding and partied into the night.

“All the Barker family and Kardashian family were dancing together when the DJ played [Blink-182’s] ‘All the Small Things,’” a source told Us about the reception, adding that Kris Jenner “acted as the MC for the evening” and was “introducing and welcoming everyone” to the party. 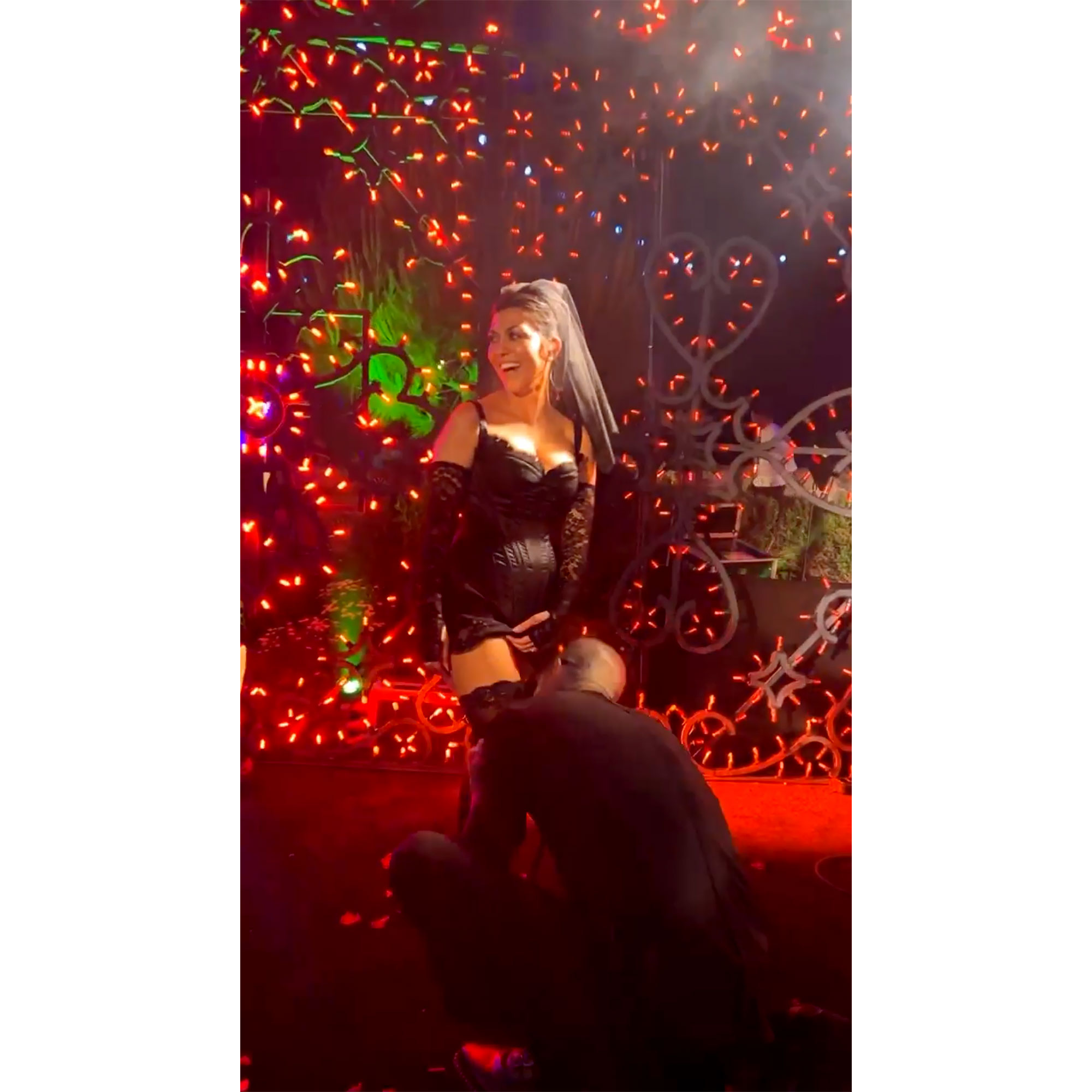 Kourtney and Travis, who got engaged in October 2021, previously had a ceremony in Las Vegas in April. They made things official on May 15 at a Santa Barbara courthouse with Kris’ mother, Mary Jo “MJ” Campbell, and Travis’ father as the only guests.

“I couldn’t have dreamed of anything more perfect. I’ve never in my whole life dreamt of getting married until Travis, and until this relationship,” Kourtney gushed on The Kardashians last month, calling her relationship with the drummer “a fairy tale.”