Live long enough and you will see change. That has certainly been the case for 75-yer-old Gloria Allen. As a transwoman, she lived her truth in much different times than we experience today and it is that story that’s being told in Mama Gloria: The Story of Legendary Trans Activist Gloria Allen, a documentary directed by Luchina Fisher, who has a trans daughter herself. Mama Gloria is part of season 13 of AfroPoP: The Ultimate Cultural Exchange, a documentary series that began airing on WORLD Channel April 5.

“My story needs telling for the trans and the gay community,” Mama Gloria shared with ESSENCE via phone from Chicago. “They were killing gay and transgender people. I said, ‘oh I’m not going to make it to 30 or 40.’”

Unfortunately, it wasn’t just the threat of violence that followed Mama Gloria in her youth, but also firsthand experience when she found herself in an abusive relationship that lasted a decade.

“I was 19 when I met a guy, he was in his 30s, and this guy was so nice to me and I stayed with him for two years and I’m thinking that all men were nice to trans people. But I got into a relationship with a man, and I’m going to be honest, I loved this man to no end, and I thought that he loved me. I stayed with him for 10 years,” she said, her voice shaking. “This man, he would beat me, and jump on me for no reason.”

The man, who was openly unfaithful, Mama Gloria recalled, would come home from work and go through the house with a white glove. If he found dust, he would beat her. Whenever she left, he found her.  The cycle of abuse got so bad that a cop told her if she didn’t get away from him, someone would likely die. As a transwoman going through that experience, Mama Gloria felt lost. “I didn’t know any better because my parents didn’t teach me about how men would treat me,” she shared. 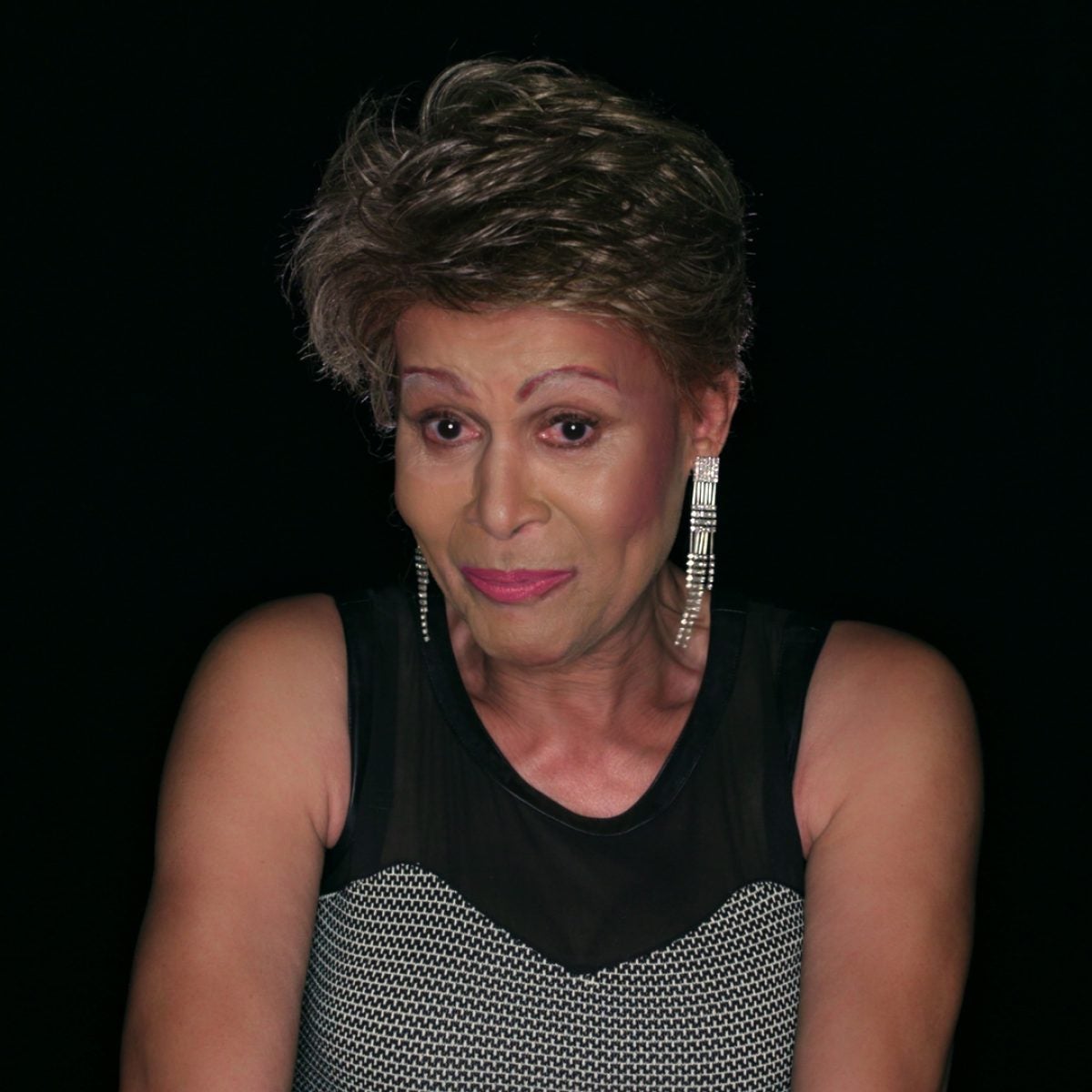 Eventually Mama Gloria found safety at her mother’s house until she could find her own place and never looked back. “I’ve learned how to love again,” she said. “I love myself. If you don’t love yourself, ain’t nobody going to love you because they see that you’re not doing things for yourself or taking good care of yourself. And I do; I love myself and I want the trans community to be the same way: Love yourself. You don’t have to be in a relationship to make yourself whole and complete. I’m whole and complete because I have faith in God, and I have faith in myself, and my family is so amazing.”

Family has been key for Mama Gloria. Unlike many from her era, there was never a closet for her to come out of. Her mother, as the documentary shows, was always accepting of her identity.

“From the day I was born, this was always me,” she said. “I was always in my truth. At a young age, I was being protected by a lot of family, my grandmother, and my great aunts. Everywhere I went I was Gloria. Maybe I didn’t dress up as Gloria at a young age, but I would do it in the house. When my parents weren’t there, I would go and sneak in my mother’s closet and put on her dress and her heels and dance around the house in front of my siblings.”

And her siblings would encourage her. Her grandmother even told her “Baby, you are so special, and you carry yourself in a such a manner that people are going to respect you.”

Even today Mama Gloria’s family fawns over her. She brags about how well one of her college-age nephews and his friends take care of her. During the pandemic, they made sure she had food and remained in good spirits.

She’s also given that love back. At 67, she opened a charm school for homeless transgender youth. That school became the inspiration for Chicago playwright Philip Dawkins’ well-received play, Charm. Coming into her own as a transwoman, however, Mama Gloria had very few role models. “At one time I didn’t have anybody to look up to, so that was hard for me. Eventually I did find somebody (primarily gay men) that I admired and cared for and they were instrumental in my growing up and getting through hard times.

“I did the drag balls and everything and I loved it. I want people to know that we are getting to the point where we are getting recognized more. With people like Laverne Cox, Janet Mock and Haile Sahar, young trans people have somebody to look up to now and I’m so happy about that.”

Still, Mama Gloria exercises caution. Having lost several friends to horrific hate crimes over the years, she still encounters people who refuse to accept her.  “We still have to be careful, because, you know, we got a long ways to go. And people out there, some of them, they still dislike and hate us for being who we are and who we want to be.” Ahead of her 76th birthday, however, Mama Gloria is determined “to be here for as long as I can.”

Mama Gloria, in the AfroPop series, is streaming now on PBS World Channel.

04/05/2021 Lifestyle Comments Off on Chicago’s Own Mama Gloria, The Subject Of A Bold New Documentary, Is Proud And Trans Even In Her 70s
Recent Posts