A three-year court case against a former baccarat dealer and an alleged accomplice charged with stealing more than $400,000 from Crown Resorts could collapse after the Supreme Court of Appeal found the casino's security staff attempted to coerce admissions from the pair.

The former croupier, who was given the pseudonym Adam Hoch by the court, and co-accused Milena Charles, also a pseudonym, both made full confessions to police in May 2017.

Raids of Ms Charles' Southbank apartment uncovered a sports bag with more than $200,000 in cash and casino chips worth about $50,000. 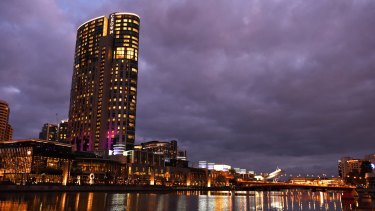 The proceeds were seized under asset confiscation laws but will be returned to the accused if charges are dropped.

Mr Hoch, who worked in Crown's high-roller Mahogany Room, is alleged to have looked at cards and informed Ms Charles which cards were about to be dealt, helping them win $431,000 over 58 hours at his baccarat table between March and May 2017.

But a decision in the County Court of Victoria in March, which was upheld this week by the Supreme Court of Appeal, found the conduct of Crown's security and surveillance unit had “tainted” the admissions.

Without the evidence, the Office of Public Prosecutions could now be forced to drop the charges against Mr Hoch and Ms Charles, who have both pleaded not guilty despite providing “substantial and fulsome admissions”.

The case raises serious probity concerns about Crown's investigators, who interrogated Mr Hoch for more than three hours, while Ms Charles was detained for more than two hours, before they were handed over to police, according to the court judgments. 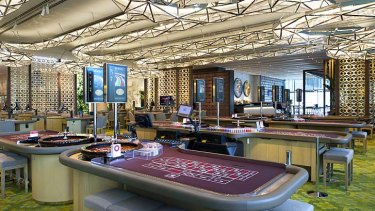 The court found that during questioning by Crown staff on May 1, 2017, Mr Hoch was threatened with a long prison sentence if he refused to confess, while Ms Charles was warned that her parents and her partner's parents would face serious consequences back in China.

Crown's investigators, all former members of Victoria Police, were also found to have claimed they could influence the outcome of a police investigation if Mr Hoch and Ms Charles admitted to the alleged scam.

Mr Hoch was told by Crown surveillance member Manuel Lyberis: “We are just trying to help you mate. It's like a get-out-of-jail card and you might only get one opportunity.”

Crown's investigations manager, Jason McHutchison, warned Mr Hoch he would “cop the full extent of the law” if he refused to answer questions honestly.

After telling Mr Hoch he had been a detective with Victoria Police for 12 years, Mr McHutchison said he would ask the police to “treat him alright”.

“That’s why we have dealings with the police. That’s my job, to deal with police … if we tell them … to treat someone good, they’ll treat them good,” Mr McHutchison said, according to the judgment.

The general manager of security and surveillance at Crown casino, Craig Walsh, also a former police officer, was present during some of the interviews. He told Mr Hoch he wanted to be able to tell police that he had co-operated, and advised him to consider his family.

Two other women initially implicated in the scam have since had their charges dropped.

Mr Hoch came to the company's attention during a routine review of the previous day's biggest winners, which included an examination of CCTV footage of the table and an assessment of betting patterns.

Crown's investigators were found to have claimed they could influence the outcome of a police investigation if the pair admitted to the alleged scam.

Crown’s internal investigators arrested Mr Hoch and his co-accused on the night of May 1, 2017, when they were taken to a holding room inside Crown's flagship casino in Southbank. One of the rooms was marked "Victoria Police Interview Room", according to court documents.

The court noted the pair were never cautioned or informed of their right to silence or legal representation by Crown's surveillance team.

Ms Charles gave evidence that she was warned by Crown staff that she was in “big trouble” and that her parents in China would be notified. Her partner's parents worked for the Chinese government and would also face serious repercussions, she told the court.

The interview with Ms Charles was supposed to have been recorded by a digital device in the possession of Crown investigator Wayne Eales.

However, about one hour of the interview – including the entire period when the alleged threats were made by Crown officers – was never recorded, the court heard.

Mr Eales told the County Court he may have accidentally switched off the digital voice recorder, but could not recall switching it back on.

When Mr Hoch and Ms Charles were finally handed over to detectives from Melbourne West station, they made full admissions, including how the scam worked and how the proceeds of the enterprise were divided.

Warrants were executed on their properties, where police uncovered more than $200,000 in cash and casino chips worth about $50,000, which was seized under proceeds of crime laws.

In March, County Court judge Richard Smith ruled the conduct of Crown's surveillance team had significantly compromised the “substantial and fulsome admissions” that Mr Hoch and Ms Charles later made to police at Melbourne West station.

Prosecutor Daniel Porceddu made an interlocutory appeal against Judge Smith's decision on March 19, when he conceded the Crown case would be significantly weakened without the admissions provided to police by Mr Hoch and Ms Charles.

However, the County Court ruling was upheld by the Court of Appeal in a judgment handed down on July 30.

"In our view, not only was it open to his Honour (Judge Smith) to exclude the evidence of the police interviews under that section, he was clearly correct to do so.

"The unfairness was palpable. On his Honour’s unchallenged findings, both respondents believed they were likely to be imprisoned unless they co-operated with police," the judgment by the Court of Appeal states.

The matter will return to the County Court for a mention hearing in October, but lawyers for Mr Hoch and Ms Charles are expected to apply to have the trial discontinued at an earlier date.

Crown Resorts did not respond to requests for comment from The Age.

The most important news, analysis and insights delivered to your inbox at the start and end of each day. Sign up here.