Still missing Her Majesty. Queen Consort Camilla honored the late Queen Elizabeth II while speaking with guests during a royal reception two months after her death.

The former Duchess of Cornwall, 75, welcomed a group of young writers who had entered the Queen’s Commonwealth Essay Competition to join her at Buckingham Palace on Thursday, November 17. During the gathering, Camilla took time to pay tribute to Elizabeth, who died on September 8.

“I cannot begin without paying tribute to my dear mother-in-law, Her late Majesty, who is much in our thoughts today and who is so greatly missed by us all,” she said. “Throughout her remarkable reign, its vision to improve the lives and prospects of all Commonwealth citizens remained, as you know, very close to her heart.” 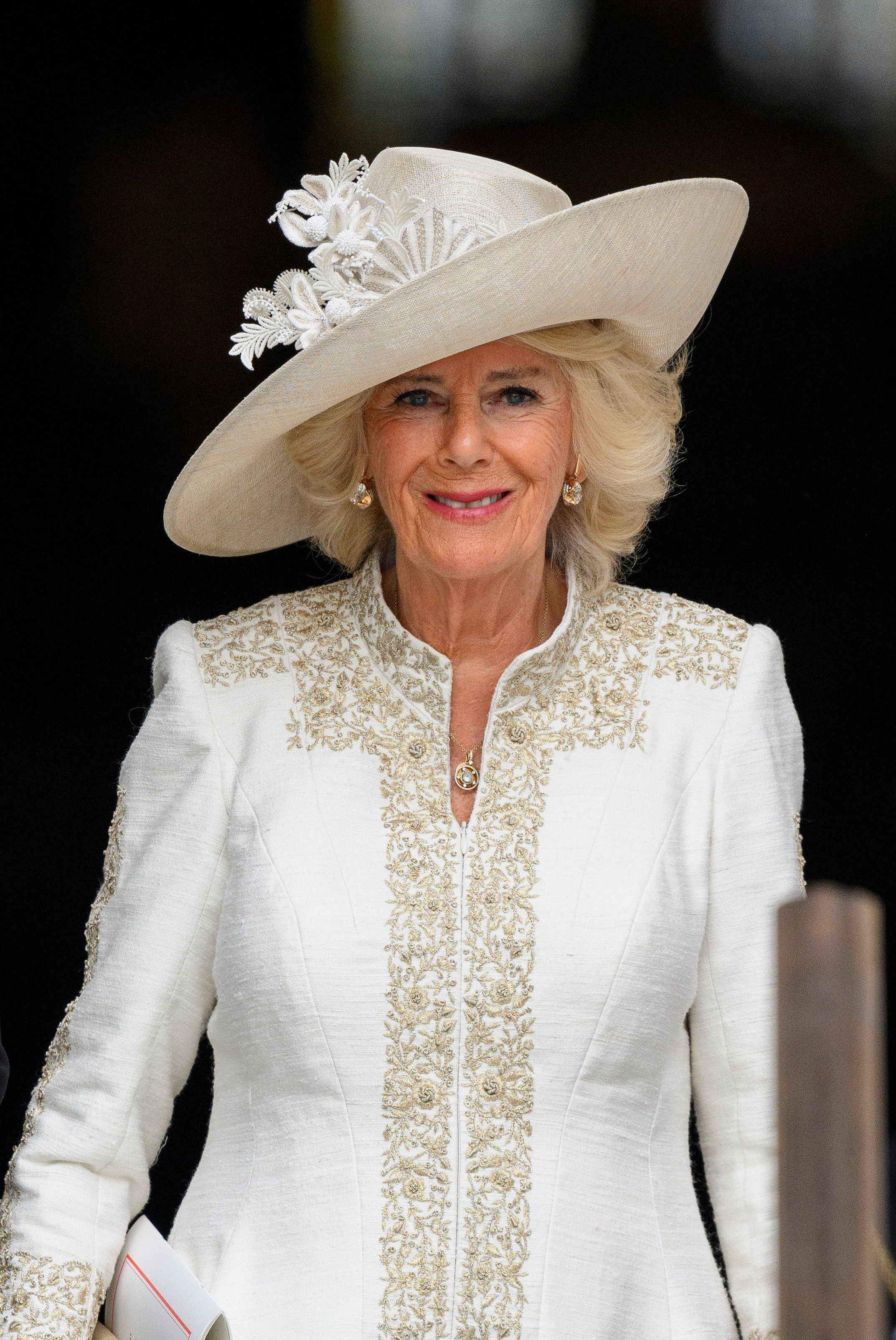 Camilla continued: “Over the past few months, my husband and I have drawn immense comfort from the messages of condolence that we have received, and continue to receive, from the four corners of the world. They have reminded us that the written word has a unique ability to connect, to heal, to reassure and to offer hope, even in the midst of grief.”

King Charles III‘s wife praised Elizabeth’s “enduring love for the Commonwealth,” celebrating the more than 50 countries that make up “this wonderful, extraordinary, richly diverse association of independent and equal nations, and friends.”

Camilla’s kind words about the late royal came nearly two months after she was laid to rest in a state funeral on September 19. The former monarch reigned for an historic 70 years before she died at age 96. Charles, 74, immediately assumed his place on the British throne following his mother’s death, and Camilla was given her new title of Queen Consort. An official coronation will be held in May 2023.

Before Elizabeth passed away, she formally announced her plans for Camilla’s involvement in the monarchy while celebrating her Platinum Jubilee in February. At the time, an insider exclusively revealed how Camilla’s relationship with her mother-in-law had shifted since her 2005 wedding to Charles.

“Through her dedication and loyalty to The Firm, she has more than proved to her that she has what it takes,” the source told Us Weekly. “Camilla has definitely grown on Elizabeth II, more so than ever during the [coronavirus] pandemic. She really upped her game and willingly took a hands-on approach with additional duties.”

As she prepares to lead with her husband, Camilla has shared rare glimpses of what her new role will entail. “I learned that your place is several feet behind the monarch,” she told The Australian Women’s Weekly in a candid July interview, praising late father-in-law Prince Philip for proudly taking the backseat during Elizabeth’s reign. “You’re there as a back-up.”