Body language expert Judi James insists she can read the royal family like a book after observing the grieving lot at Prince Philip’s funeral.

James believes that The Queen needed “reassurance” upon entering the chapel based on her literal hesitation to walk inside.

“The Queen provided the most memorable moments, in her isolation in the chapel where she sat with her head dipped so low that her face was completely covered from view by her hat,” James told The Daily Mail. “There was one moment when she paused and turned around before entering the chapel and it looked terribly poignant, almost as though she couldn’t face going in alone. She turned for what looked like reassurance that her party was behind her.”

Even while grieving, Queen Elizabeth II was considered “the most animated royal” in attendance, according to James.

“She talked in quite an animated way to her lady-in-waiting and to the bishop at the entrance to the chapel,” noted the pro.

Son and future King, Prince Charles, was the most outwardly emotional royal as he bid his father adieu. 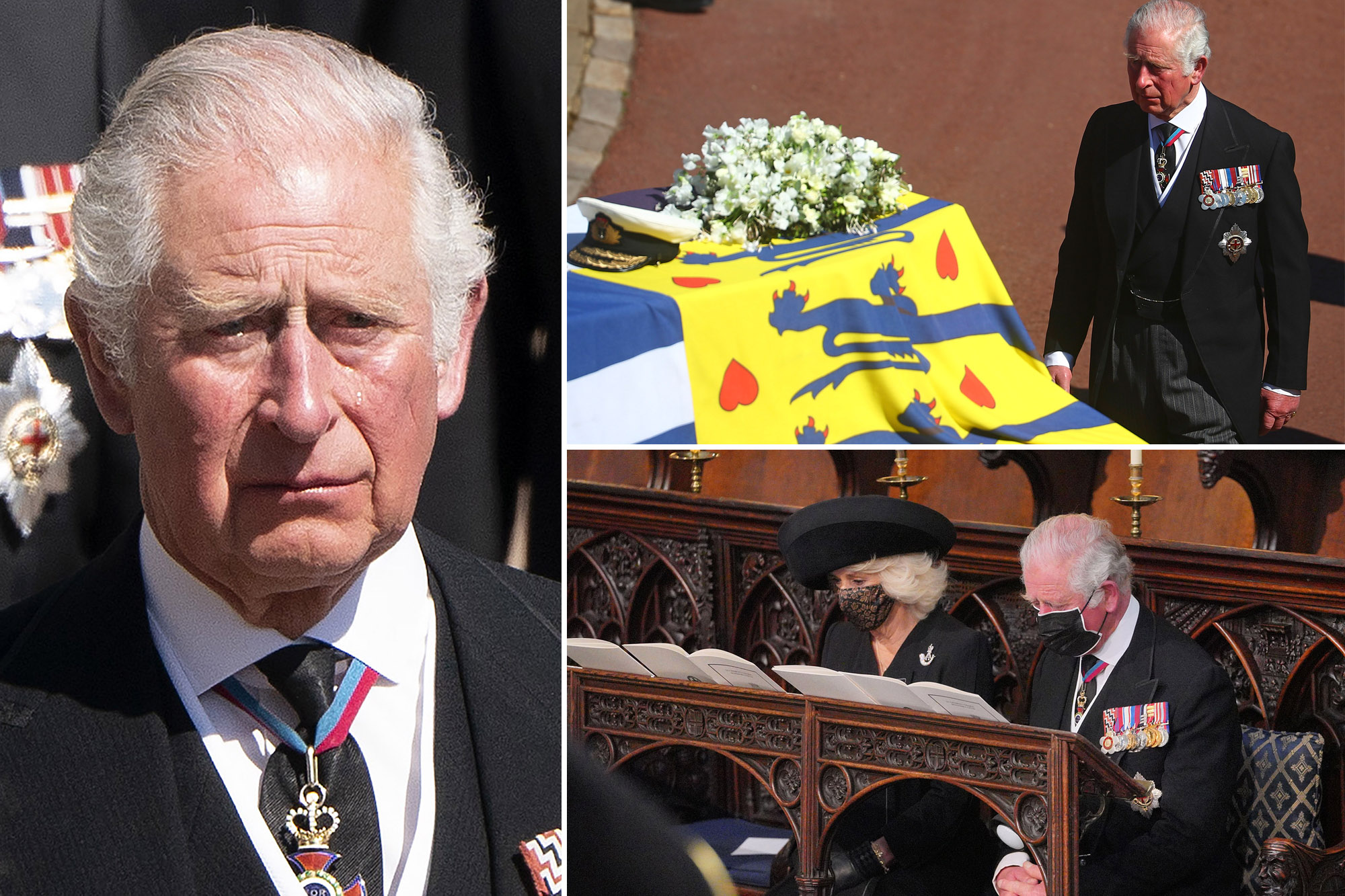 James explained, “It was Charles showing the most open signs of what looked like uncontrollable grief with his eyes reddened and apparently wet with tears above his mask.”

Meanwhile, sons William and Harry reunited for the first time since Harry’s move to the states, a moment James believes signals a bright future for the reportedly feuding siblings.

“In a well-coordinated but also relatively natural-looking moment, Harry walked up behind William and Kate to then join them, walking between them and chatting to them both,’ explained the expert. 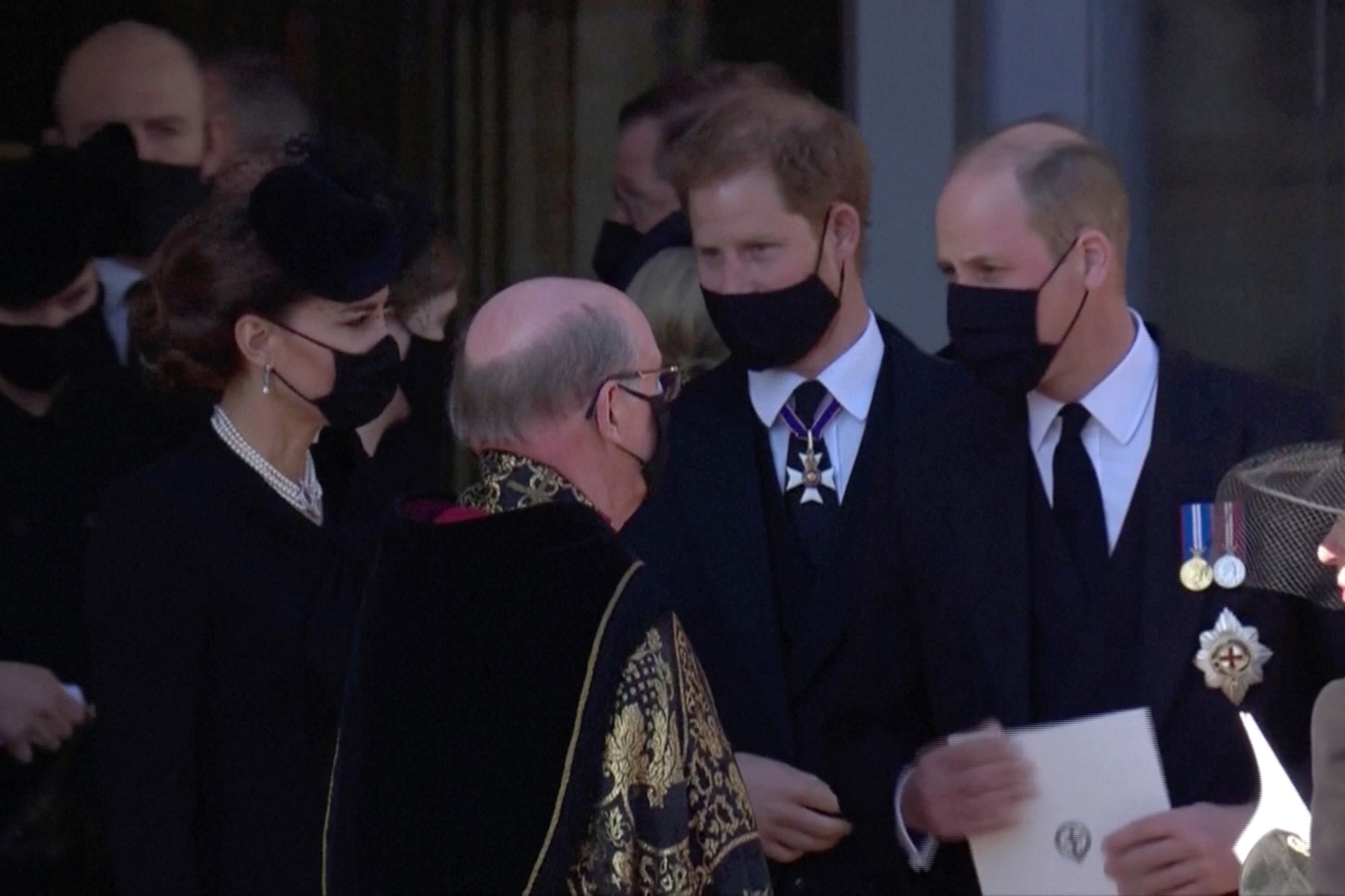 “After a few seconds of what looked like natural and not self-conscious conversation Kate fell back, leaving the two brothers walking off, talking alone. It looked like a genuine moment of unity rather than something contrived for the cameras,” she added.

She claims Harry emitted a sense of “bravado” as he approached the chapel, which waned with every step he took.

“Walking beside Peter Philips and lined up with his brother William, Harry appeared to be performing the body language of subtle bravado, looking about and even chatting to some of the royals behind him, but looking less confident as he emerged to walk behind his grandfather’s coffin,” she insisted. 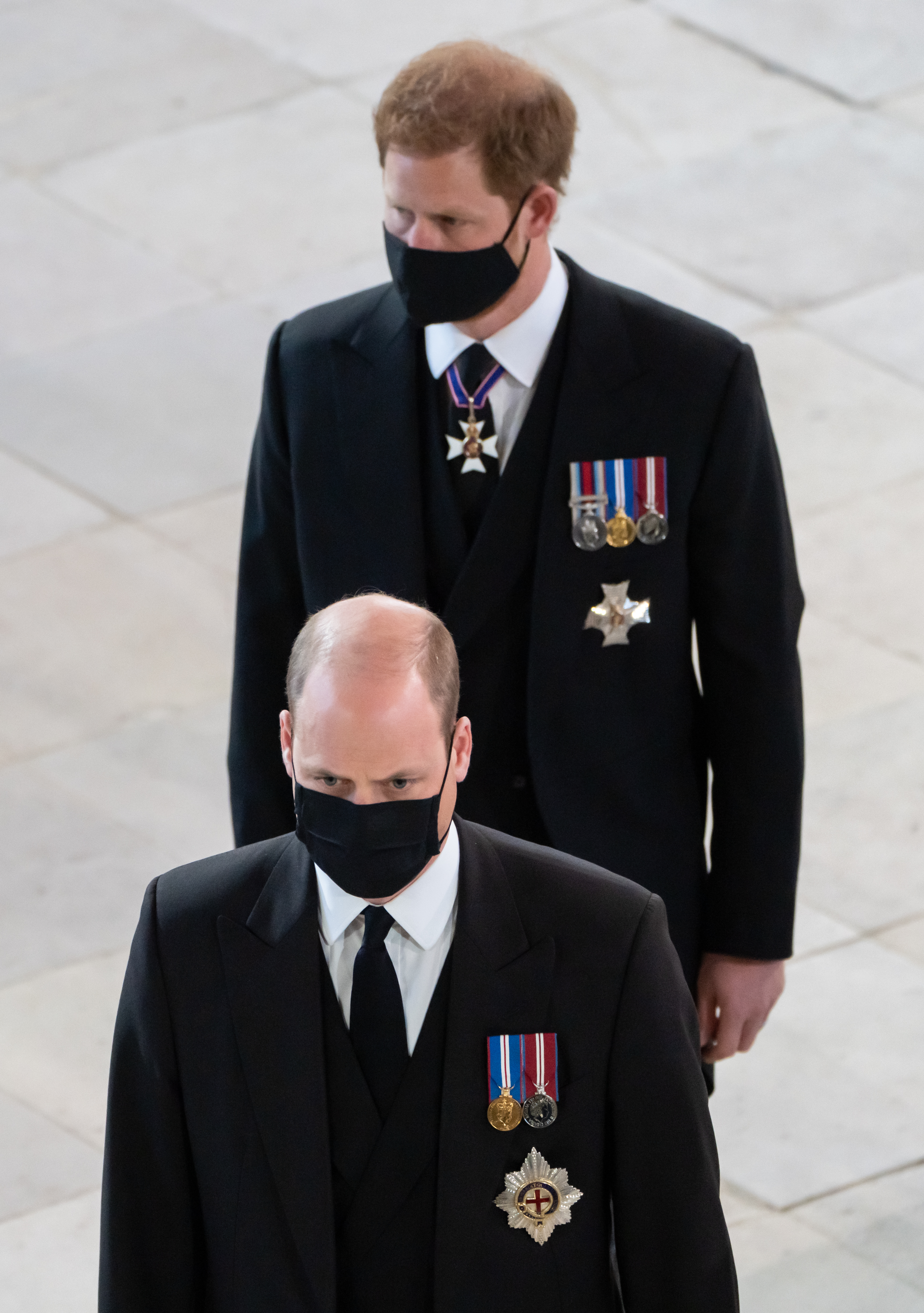 “While William strode looking straight ahead and giving nothing away in terms of any acknowledgement of his brother, Harry performed a couple of self-comfort rituals that hinted at levels of suppressed anxiety.”

Those rituals include “pulling at his waistcoat” and performing a “shoulder-roll in the actual chapel, a gesture that can imply someone is bracing themselves and trying to boost their own confidence.”