The house that beauty built: Billionaire cosmetics heiress Aerin Lauder shows off her lavish Paris apartment, as she recalls visiting the French capital for the first time with grandmother Estée Lauder

Beauty heiress Aerin Lauder has welcomed fans into her lavish Paris apartment when giving ELLE Decor a tour for the September issue.

The three-bedroom apartment, which serves as a family property, was purchased by Aerin’s parents, Ronald and Jo Carole Lauder, in the 1990s after the couple fell in love with the unobstructed view of the Eiffel Tower.

Aerin, 49, who is estimated to be worth $2.9 billion, spoke to the publication about how she first traveled to Paris with cosmetic legend, and grandmother, Estée Lauder in 1975 at just five years old. 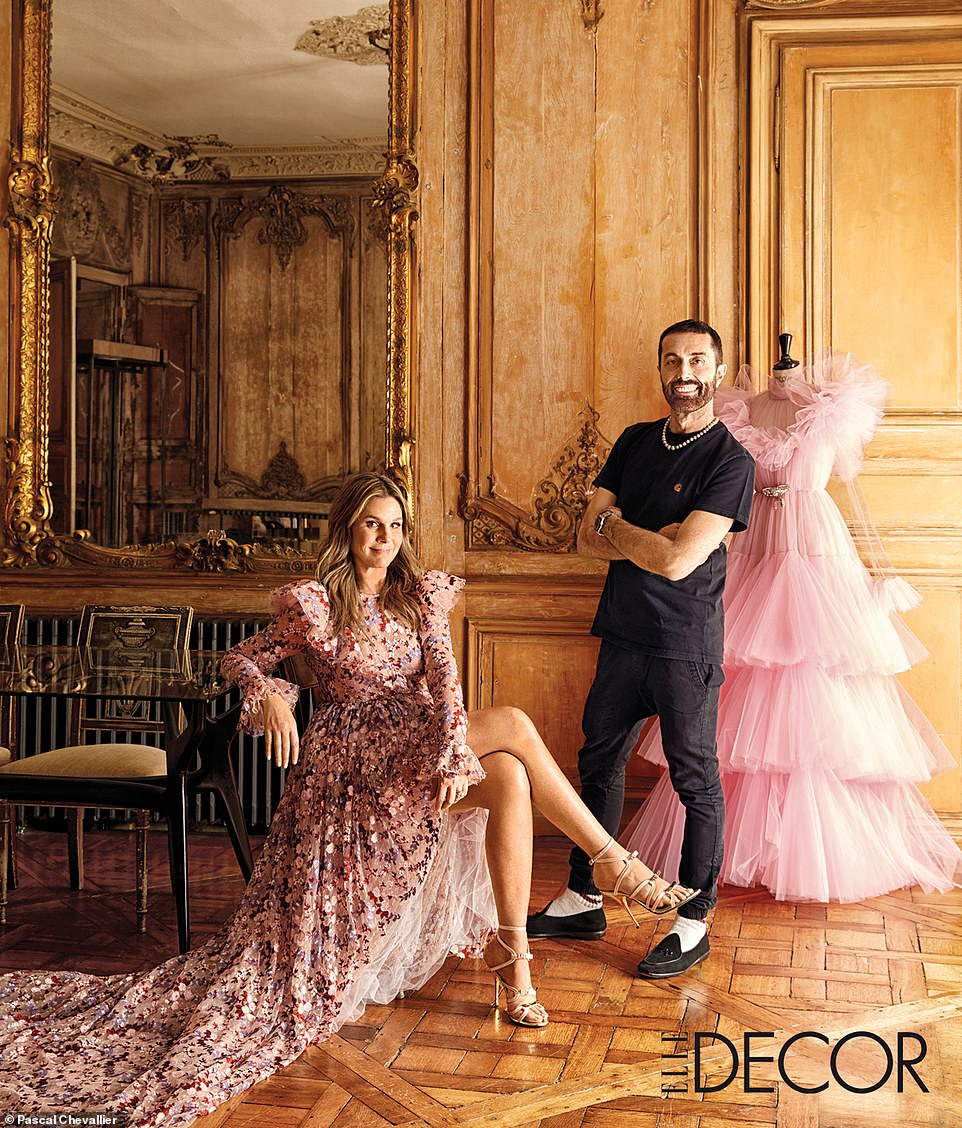 Stunning: Businesswoman Aerin Lauder, 49, shared the inside of her family’s Paris apartment for the cover of ELLE Decor and posed alongside Italian designer Giambattista Valli 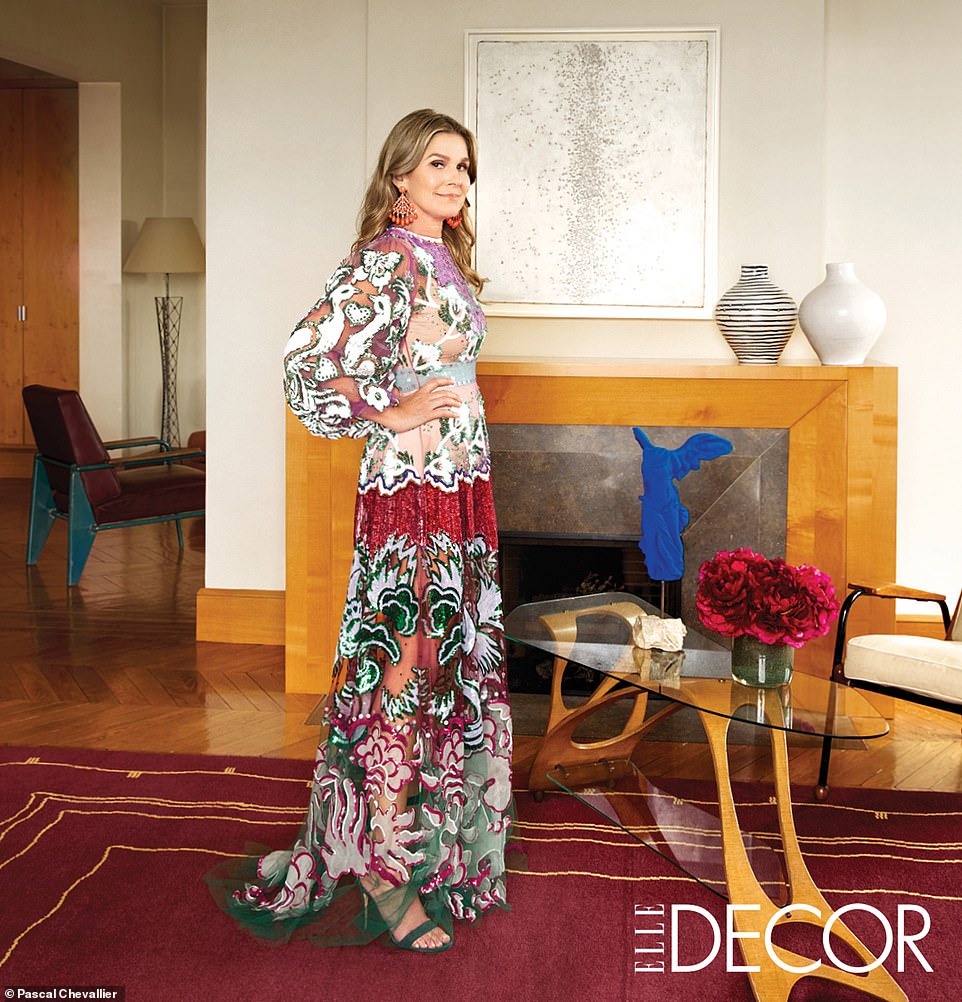 Opening the doors: The September issue showed images inside the lavish apartment in the Les Invalides district of Paris 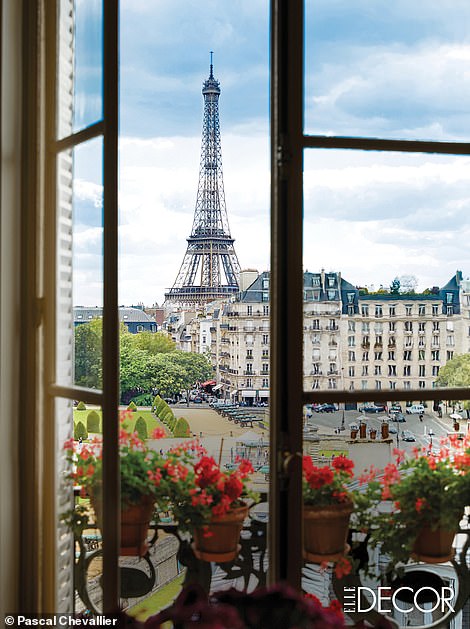 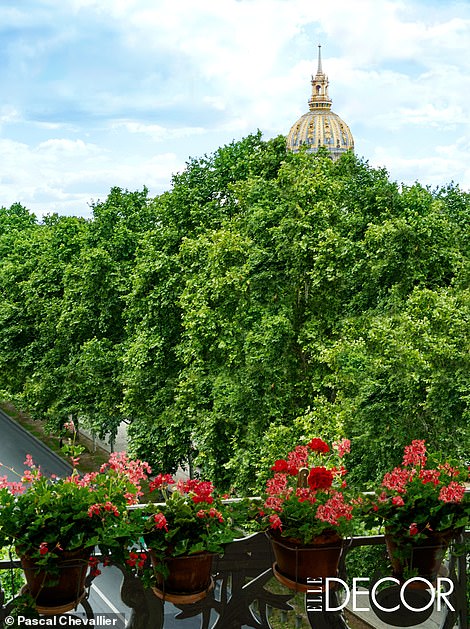 Incredible views: The three-bedroom apartment has an unobstructed view of the Eiffel Tower (left) and the dome of Les Invalides (right) from the apartment’s terrace 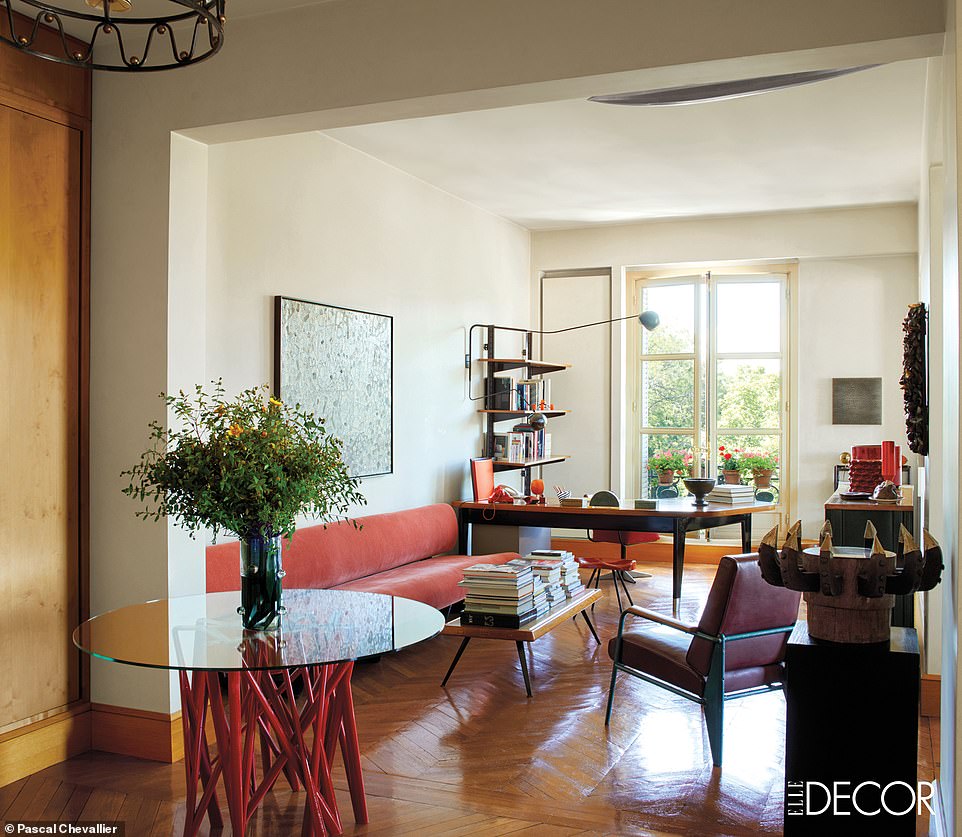 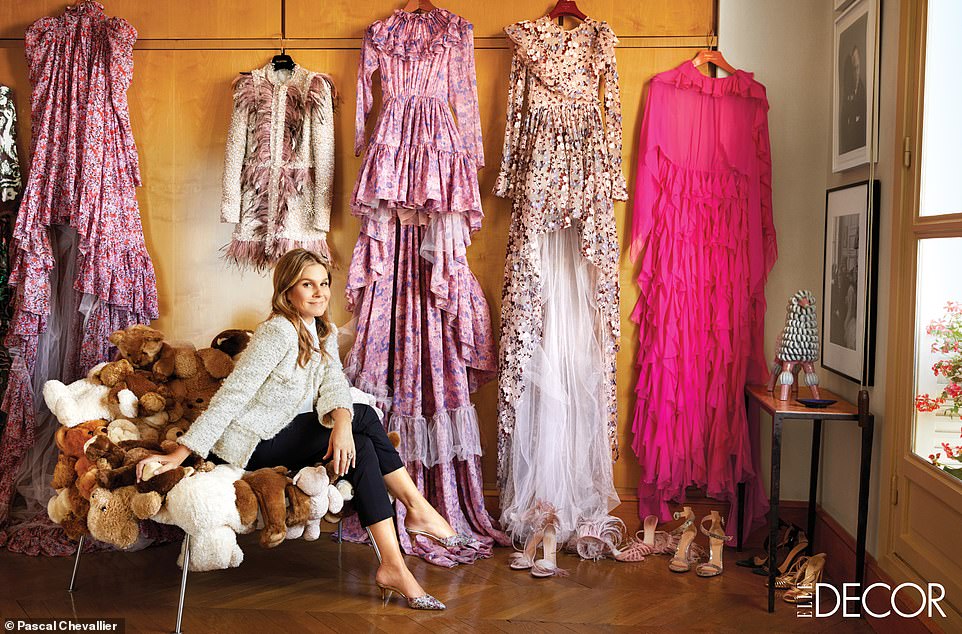 Runs in the family: Aerin’s parents first purchased the property in the 1990s after they fell in love with the view from the apartment’s terrace

‘We stayed at the Plaza Anthénée hotel, went to the Relais Bar restaurant, and had the most amazing roasted chicken and French fries,’ Aerin gushed about the trip, adding: ‘I was so excited to be here. I was excited by all the beauty.’

The apartment was designed by French architect Antoine Stinco and is located in the Les Invalides district of Paris.

Stinco worked to reportedly remove the ‘Frenchness’ in the apartment and instead create a sycamore interior. 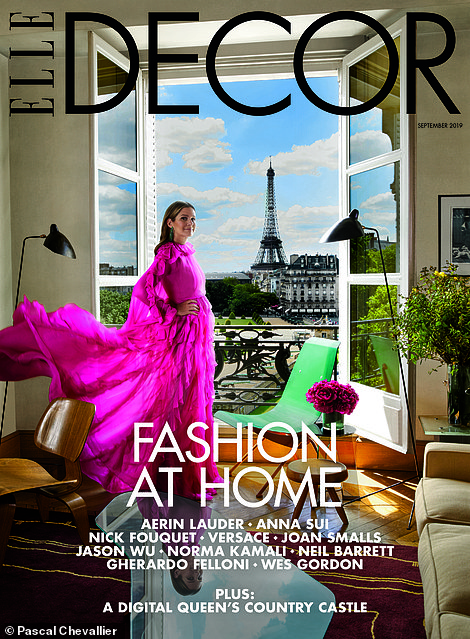 Come on in: The 49-year-old businesswoman posed on the cover of ELLE Decor’s September issue

Aerin described his decor change as, ‘if you’re on a boat, with a lot of built-in headboards and night tables. It [the apartment] has this wonderful, peaceful feeling in the midst of this lively city.’

And what makes the apartment really stand out is its unobstructed view of the Eiffel Tower from the terrace off the home.

The dome of Les Invalides is also visible from the terrace.

The businesswoman, who launched her own beauty brand entitled Aerin under the Estée Lauder Company umbrella in 2012, described the family home as ‘cozy’.

When decorating, the family took Stinco’s minimalist style and added their own modern decor to the space.

This included items like a Royère sofa, the Georges Jouve ceramics and a Yves Klein’s sculpture.

Then mixed among the French-inspired pieces and other expensive artwork include memorabilia that family has acquired over the years, including candid pictures of Aerin’s two sons when they were younger.

‘My mother’s got a great eye,’ she said. ‘The apartment really is full of wonderful memories.’

Her parents have spent more downtime in recent years in the Paris apartment as Aerin’s father, Ronald Lauder, has semi-retired from the family business.

Not only did Aerin share images of the apartment to the magazine, but she also showed off her designer clothing she acquired from Italian fashion designer Giambattista Valli, who goes by Giamba.

One of the pictures in the decor magazine features Aerin posing alongside Giamba in a blush pink high-low gown with sequined accents.

Aerin said she had many memorable moments while in Paris with grandmother before the beauty icon passed away in 2004.

‘I went to the Chanel shows many, many years with her — back when Claudia Schiffer was the bride — and to Givenchy shows,’ Aerin said. ‘She loved going to boutiques and department stores — we’d walk through the beauty department.’

Their walk through the beauty departments would entail checking on the Estée Lauder brand to see how it was sold in each store.

Besides opening up about the luxurious events and beauty trips she experienced with her grandmother, Aerin also spoke about the advice she learned from Estée in regards to owning different fragrances.

‘Estée used to say, “You wouldn’t wear the same dress to dinner as you would to play tennis. Why would you wear the same fragrance?” That concept is so relevant, because it is really about experience and discovery,’ Aerin said.

The granddaughter took that advice to heart when she launched her beauty company Aerin, which includes 22 fragrances along with home and fashion accessories.

Her business is taking off in the U.S. and Paris, with Aerin products set to debut in the new Galeries Lafayette Haussmann come September.

When Aerin is not working on her own beauty line or on other projects for Estée Lauder Company in Paris, she said she enjoys just walking the Persian streets.

‘I love to just walk the streets — seeing what people are wearing,’ she said. ‘I’m always inspired.’