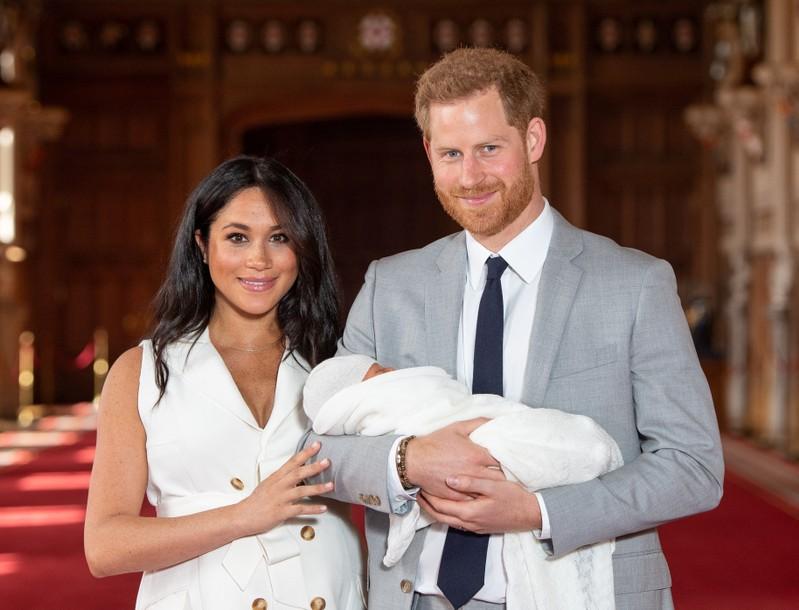 LONDON (Reuters) – Archie Harrison Mountbatten-Windsor, the two-month-old son of Britain’s Prince Harry and his wife Meghan, will be christened in a small private ceremony at Windsor Castle on Saturday, Buckingham Palace said.

The ceremony will be carried out by Archbishop of Canterbury Justin Welby in the castle’s Private Chapel.

Harry and Meghan, the Duke and Duchess of Sussex, were looking forward to sharing some images taken on the day by photographer Chris Allerton, the palace added in a statement on Wednesday.

“The godparents … will remain private,” it added.

Several newspapers have carried reports criticizing the royal pair for accepting public funds for their wedding and for renovations for their new house but denying the public a view of the baby and his parents arriving at the ceremony.

Harry’s older brother Prince William and his wife Kate organized media facilities for the christenings of their three children, in which arrivals at the church were filmed.

Harry and Meghan married at the castle to the West of London last year and Archie, who is seventh-in-line to the throne, was born in May.