ANDREW PIERCE: A tense meeting in Rishi Sunak’s study, and Gavin Williamson was a goner (again)

On Tuesday night, Rishi Sunak arrived late to a Downing Street reception he was hosting for Tory MPs. He apologised to his 40 or so colleagues, but gave no reason for his tardiness.

The Prime Minister was all smiles at the gathering, which was unofficially billed as a ‘charm offensive’, with MPs from every wing of the party being urged to turn their spears into ploughshares following months of fractious in-fighting.

A relaxed Sunak worked the room, joked about how tired he was after his brief visit to the Cop27 climate conference in Egypt, and then spoke for ten minutes without notes. He drew loud cheers when he cried: ‘The Tory party must unite or die!’

It was a bravura performance – and yet more evidence of the premier’s undeniable polish. 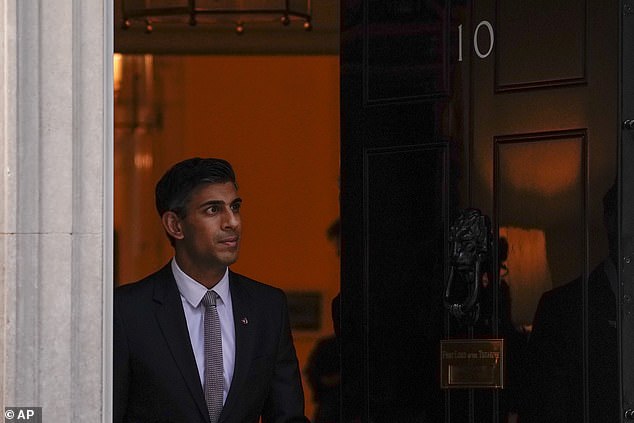 For several in the parliamentary party, the Williamson fiasco represents a serious unforced error by Team Sunak

Yet only Sunak knew why he was late to the event. It was because he had just concluded a tense meeting in his study with Sir Gavin Williamson, the two men thrashing out the details of the errant minister’s latest resignation.

Over the previous few days, Williamson’s position in the Cabinet had grown increasingly untenable after a flurry of evidence about his ‘bullying’ behaviour had emerged.

As the reception was coming to an end at about 9pm, MPs started hearing that Williamson, of whom Sunak had said nothing, was out.

‘The PM was on good form and made a decent speech,’ said one MP. ‘In hindsight, perhaps he was relieved that Williamson had gone. But most of us can’t understand why Gavin was ever allowed back in the Government in the first place.’ In his first speech as PM, Sunak pledged to lead a government marked by ‘integrity, professionalism and accountability’.

Yet Williamson is viewed by many on both sides of the Commons as a rogue lacking all three of those virtues. This was not his first Cabinet sacking – it was his third, from a third prime minister.

He was first dismissed by Theresa May in 2019 for leaking sensitive information from the National Security Council when he was defence secretary. Two years later, Boris Johnson was forced to show him the door following Williamson’s catastrophic performance as education secretary, during which he oversaw an exam-marking fiasco.

The South Staffordshire MP – who managed barely two weeks in Sunak’s Cabinet as a minister without portfolio – has long attracted controversy.

Yesterday, Labour leader Sir Keir Starmer tartly called him a ‘cartoon bully with a pet spider’ (referring to Williamson’s tarantula Cronus, which he kept in a box on his desk when he was chief whip). Starmer compared Williamson, 46, to a ‘sad middle manager who gets off on intimidating those beneath him’. Several Tory MPs tell me they were convinced that Williamson was done for days ago, despite No 10’s flailing efforts to keep him. 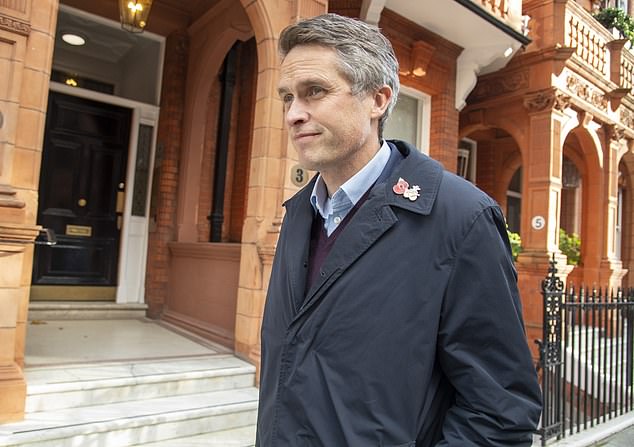 Sunak pledged to lead a government marked by ‘integrity, professionalism and accountability’. Yet Williamson (pictured) is viewed by many on both sides of the Commons as a rogue lacking all three of those virtues

No 10 even mounted plans that afternoon to release a statement saying Williamson would attend an ‘anti-bullying course’, but the idea was dropped at the last minute.

The penny dropped for the PM only when the relevant civil servant escalated the ‘slit your throat’ affair into an official complaint: he then saw there was no way back for Williamson.

In the Commons yesterday, Sunak insisted that while he knew of a bullying complaint from former Tory chief whip Wendy Morton, he was not aware of its ‘specific concerns’.

Some Tory MPs were aghast at the admission. Why, they wondered, didn’t he and his team make it their business to establish precisely the subject of Mrs Morton’s complaint?

For several in the parliamentary party, the Williamson fiasco represents a serious unforced error by Team Sunak. 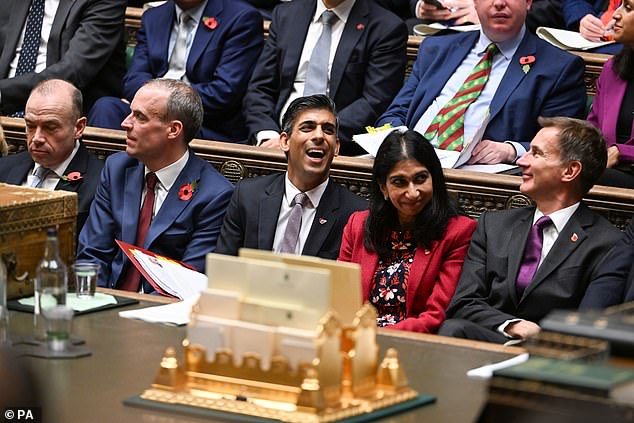 Yesterday, there was open derision among some Tory MPs at the suggestion the PM was ignorant of Williamson’s reputation for being a master of the blackest political arts.

‘I thought Rishi was going to be the new broom sweeping clean,’ one Tory MP tells me. ‘It wasn’t just that Gavin should never have been brought back: why did the PM fight for three days to hold on to him when more and more complaints were coming out of the woodwork?’

Yesterday, there was open derision among some Tory MPs at the suggestion the PM was ignorant of Williamson’s reputation for being a master of the blackest political arts.

As chief whip, he was fond of saying: ‘I don’t very much believe in the stick. But it’s amazing what can be achieved with a sharpened carrot.’

Responsible for party discipline in that role during much of 2016 and 2017 (when Sunak was a new MP), Williamson became notorious for his menacing technique.

Of course, chief whips from time immemorial have bullied and cajoled their MPs. That’s

part of the job. But it’s rare for the details of their methods to see the light of day. His former deputy Anne Milton told Channel 4 this week that Williamson’s methods included collecting ‘salacious gossip’ about MPs’ sexual preferences.

Williamson also keeps a ceremonial sword, given to him by the Qataris, which he likes to brandish during more heated discussions. Once, he lost control and took a chunk out of the cupboard door behind him. 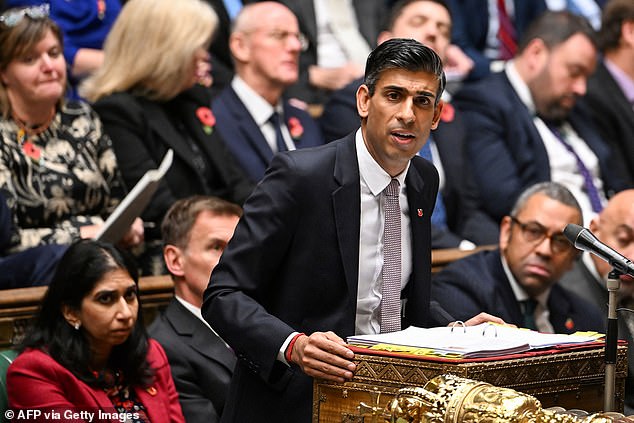 In the Commons yesterday, Sunak (pictured) insisted that while he knew of a bullying complaint from former Tory chief whip Wendy Morton, he was not aware of its ‘specific concerns’.

Indeed, Williamson so revelled in his reputation as a shady operator that he was reportedly thrilled when Michael Dobbs, author of the book House of Cards (set in Westminster), sent him a note after he was promoted to defence secretary by Theresa May in 2017. ‘FU would be proud,’ said Dobbs: a reference to his monstrous fictional creation Francis Urquhart, a bullying, conniving, chief whip.

Whatever his many faults, Williamson has proved himself highly adept at targeting and winning over undecided MPs. Now he is free to cause trouble on the backbenches.

One former Cabinet minister told me: ‘Parliamentary discipline is an issue: we’ve had three PMs in as many months. Gavin Williamson is useless on the media and he can’t run a department, but he’s a ruthless backroom operator.’ The grandee added candidly: ‘Ignoring Wendy Morton’s complaint was the first major failure of Rishi’s political operation at No 10.’

11/10/2022 Lifestyle Comments Off on ANDREW PIERCE: A tense meeting with the PM, and Williamson was a goner
Recent Posts