Channel Seven has confirmed the earlier departure of Andrew O’Keefe, the host of its early evening game show The Chase, as the 49-year-old prepares to face charges over an alleged domestic assault on his partner.

“Seven is obviously very concerned to read the reports regarding Andrew O’Keefe,” a Seven spokesman said in a statement. 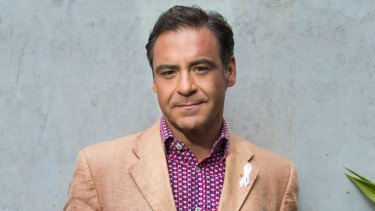 “Seven has had a 17-year relationship with Andrew across a number of programs, although he is no longer with the network.

“As this is a police matter before the courts, we cannot comment further. The program hosted by Andrew, The Chase Australia, is not currently in production. The program is produced for Seven by ITV Studios Australia. Production will resume soon and a decision about who will host future series is still to be made.“

O’Keefe is due to face Waverley Local Court on Thursday, when police will allege the former Weekend Sunrise host assaulted his partner, Orly Lavee, at an apartment in Randwick just before 1am.

News Corp has reported that O’Keefe intends to fight these charges. O’Keefe’s manager declined to comment.

Sources at Seven, who are not authorised to comment publicly, confirmed that O’Keefe’s contract expired well before his arrest on Sunday. He will continue to appear on air in pre-recorded episodes of The Chase.

The sources also denied rumours that comedian Rove McManus or Sunrise weather presenter Sam Mac would replace O’Keefe as host of The Chase.

O’Keefe was arrested at about 3.30am on Sunday before being taken to Maroubra police station in Sydney, where he was charged with common assault.

He was granted bail on the condition he avoid all contact with Lavee, unless through a lawyer.

In a statement on Sunday, NSW Police said: “Just before 1am, officers from Eastern Beaches Police Area Command attended a Randwick unit, after reports a 41-year-old woman had allegedly been assaulted in a domestic violence related incident.”

In 2017, O’Keefe was awarded a Medal of the Order of Australia for his service to television and charity work.

He previously appeared on Seven’s sketch comedy program Big Bite and as host of the network’s Deal Or No Deal game show.