RUINS OF BABYLON, Iraq (Reuters) – The ancient city of Babylon, first referenced in a clay tablet from the 23rd century B.C., was designated a UNESCO World Heritage Site on Friday, after a vote that followed decades of lobbying by Iraq. 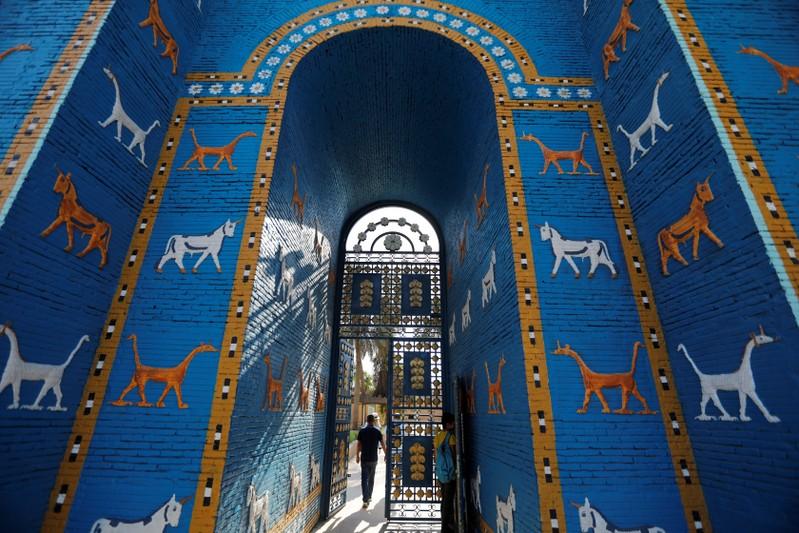 The vote, at a UNESCO World Heritage Committee meeting in Azerbaijan’s capital Baku, made the ancient Mesopotamian city on the Euphrates River the sixth world heritage site within the borders of a country known as a cradle of civilization.

Iraqi President Barham Salih said the city, now an archaeological ruin, was returned to its “rightful place” in history after years of neglect by previous leaders.

“Mesopotamia is truly the pillar of humanity’s memory and the cradle of civilization in recorded history,” he said.

The government said it would allocate funds to maintain and boost conservation efforts.

Babylon, about 85 kilometers (55 miles) south of Baghdad, was once the center of a sprawling empire, renowned for its towers and mudbrick temples. Its hanging gardens were one of the seven ancient wonders of the world, commissioned by King Nebuchadnezzar II.

Visitors can stroll through the remnants of the brick and clay structures which stretch across 10 square kilometers, and see the famed Lion of Babylon statue, as well as large portions of the original Ishtar Gate.

As the sun began to set on the crumbling ruins, activists and residents flocked to the replica Ishtar gate at the site’s entrance to celebrate what they called a historic moment.

“This is very important, because Babylon will now be a protected site,” said Marina al-Khafaji, a local who was hopeful the designation would boost tourism and the local economy.

It would allow for further exploration and research, said Makki Mohammad Farhoud, 53, a tour guide at the site for more than 25 years, noting that only 18% of it had been excavated.

“Babylon is the blood that runs through my veins, I love it more than I love my children,” he said.

Excavations of what was once the largest city in the world, began in the early 19th century by European archaeologists, who removed many artifacts.

In the 1970s, under President Saddam Hussein’s restoration project, the southern palace’s walls and arches were shoddily rebuilt on top of the existing ruins, causing widespread damage.

This was exacerbated during the U.S.-led invasion of Iraq in 2003, when U.S. and Polish troops stationed nearby built their military base on top of the Babylonian ruins.

Many inscriptions written by soldiers can still be seen on the ancient bricks. 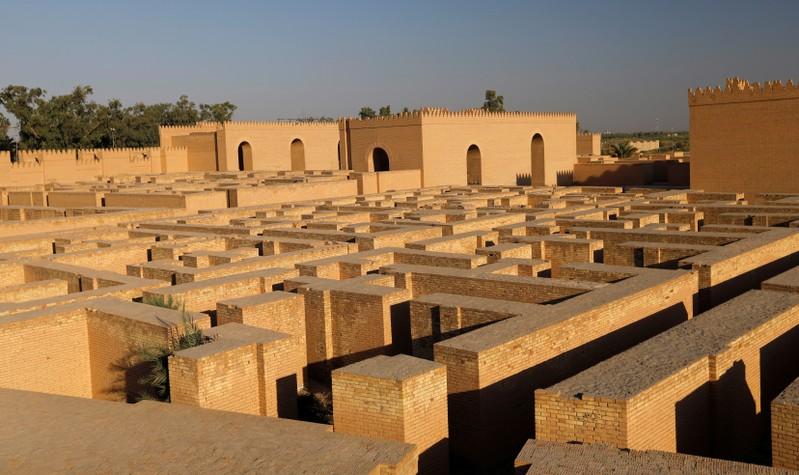 The site is in dire need of conservation, Farhoud said. Unlike three other World Heritage sites in Iraq, UNESCO did not designate Babylon as one in “in danger” after objections from the Iraqi delegation.

Iraq is replete with thousands of archaeological sites, many of which were heavily damaged or pillaged by Islamic State during its barbaric three-year-rule which ended in 2017.

The other five World Heritage Sites are the southern marshlands, Hatra, Samarra, Ashur and the citadel in Erbil, the capital of Iraq’s Kurdistan Region.