ALEX BRUMMER: Why DO so many young Britons think serving at the pub is beneath them?

Those of us looking forward to an autumnal jaunt to the countryside for a pub Sunday lunch are in for a shock. Service ain’t what it used to be.

From five-star hotels to your spit-and-sawdust city-centre boozer, the hospitality sector nationwide is reeling from a shortage of staff.

Instead of the smiling, keen-as-mustard workers recruited from Europe and beyond, customers face young Brits with minimal training who can be surly and resentful — and who often think the job is beneath them.

That is, of course, if the establishment you frequent has been lucky enough to persuade them to take a job in the first place!

The truth is that a combination of Covid and Brexit, which has seen younger EU workers quit Britain to sit out the pandemic back home, is reshaping our labour force. 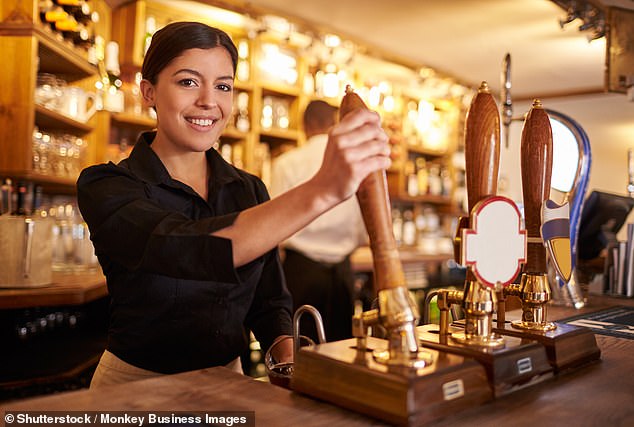 Instead of the smiling, keen-as-mustard workers recruited from Europe and beyond, customers face young Brits with minimal training who can be surly and resentful — and who often think the job is beneath them (stock image) 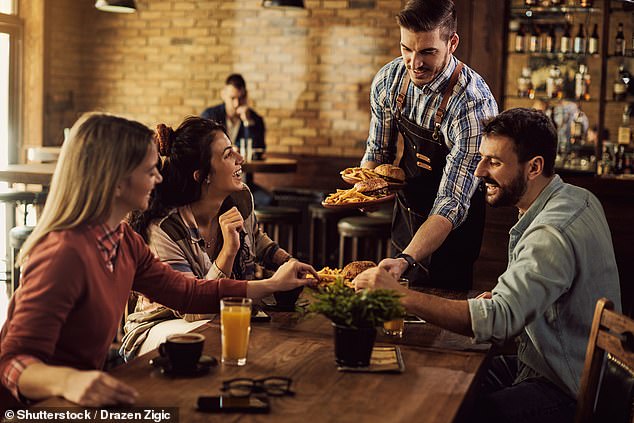 The truth is that a combination of Covid and Brexit, which has seen younger EU workers quit Britain to sit out the pandemic back home, is reshaping our labour force (stock image)

On the positive side it has meant the Bank of England’s 2020 prediction of an unemployment catastrophe arising from the Covid economic meltdown has been averted.

In May 2020, the Bank forecast 7.5 per cent unemployment this year, or three million people on the dole. Just 4.7 per cent of the workforce were jobless in the three months to June, against 6.9 per cent in the Eurozone in July.

But with some 1.3 million EU workers having left these shores in recent years, younger Brits must face up to the reality of what that means.

Being a more self-sufficient country requires us to be more self-reliant, too. That means harvesting our own fruit and veg, driving our own trucks and ensuring some of the 2.3 million or so jobs in the hospitality industry are topped up.

Yet, even with employment back at pre-Covid levels, unemployment falling and job vacancies at a record high, the signs aren’t promising.

Aside from the crisis in pubs and restaurants, elsewhere runner beans are rotting on the vines, turnips mouldering in the ground, apples withering in the orchards and supermarket shelves empty precisely because of a lack of home-grown workers willing to take on such tasks. 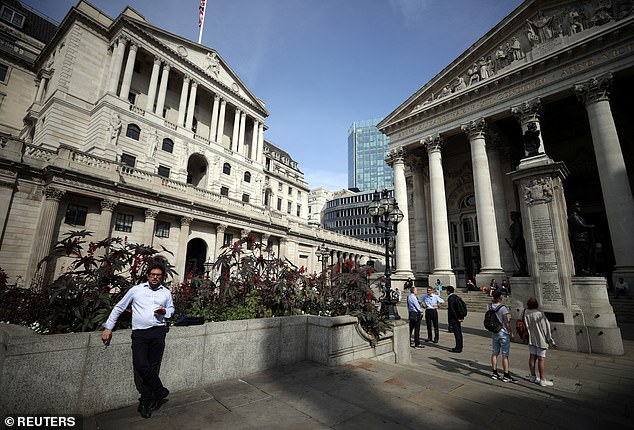 One might argue that this reluctance to roll up our sleeves has been the British way for decades. Earlier this week, on my way to the Daily Mail’s office in West London, I walked past a scene which could have come straight out of a 1960s Shepperton comedy.

A group of half a dozen construction workers, in hi-viz jackets and hard hats, were standing in a circle armed with mugs of tea, chatting or looking at their phones seemingly without a care in the world. OK, they may have been on a tea break but I could not get the image out of my head.

For me, it captured perfectly how the pandemic and the financial safety net provided by the furlough scheme has changed attitudes to work.

As this paper has reported, even some of the highest-paid individuals are having to be bribed back to their desks.

Investment bank Goldman Sachs wants everyone back in, and as an incentive is offering returning traders and bankers free luncheons at the firm’s fancy roof terrace eaterie.

Other employers are offering enticing perks, including flexible working and signing-on bonuses of £1,000. Online grocer Ocado is spending an extra £5 million on incentives to attract new drivers.

This week, a senior Whitehall official told the public accounts committee many civil servants will never return to the office. Yes, they are ‘working from home’, but the work ethic can be very different in a home office to that of a real office.

The loss of the work habit is startling. In spring 2020, the proportion of the 16 to 64 workforce classified as ‘economically inactive’ by the Office for National Statistics was falling fast as the UK’s job creation machine was in top gear.

The latest data shows that there are 8.7 million people, or 21.1 per cent of the workforce, not on anyone’s payrolls. Nor are they actively looking for work. Yet, the jobs market is sizzling, proving the vibrancy of the UK’s recovery that we must not lose sight of, while accepting the drawbacks.

Commenting on the publication of the latest official employment data, the City forecaster Capital Economics stated: ‘Labour market slack is declining fast and the labour shortages are contributing to faster underlying pay growth.’

Headline growth in average pay stood at 8.3 per cent in July (down slightly from June) as vacancies grew and employers struggled to persuade people back into the workforce.

It was this jump in average wages that forced Boris Johnson to backtrack last week on a manifesto pledge to raise the state pension by the greater of average wages, retail price inflation (RPI) or 2.5 per cent. 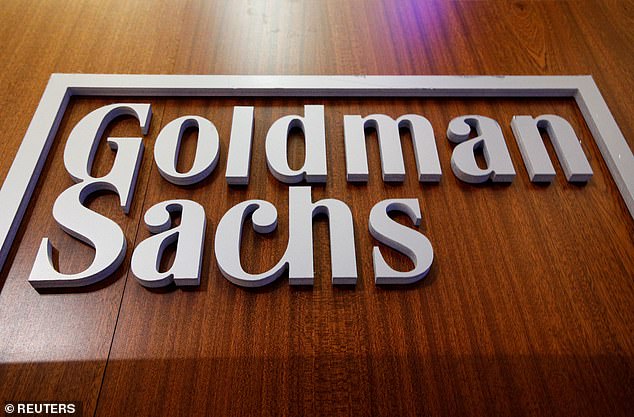 Investment bank Goldman Sachs wants everyone back in, and as an incentive is offering returning traders and bankers free luncheons at the firm’s fancy roof terrace eaterie

The pay surge will hopefully tempt both the unemployed and some of the economically inactive — two distinct groups — back into work.

There are indications this is happening with the broadest measure of employment, the Labour Force Survey, showing 183,000 people re-joined the workforce in July. That is the largest number since January 2020, the eve of the pandemic.

This is impressive as it was during the summer that government help for firms using furlough began to fade, with employers picking up 10 per cent of the bill.

The better outcomes continued in August, with the number of people on pay-as-you-earn jumping by 241,000. This may explain the confidence of Chancellor Rishi Sunak that when furlough ends later this month there will not be a jobs disaster.

The bigger problem identified by Britain’s employers, though, is the mismatch between the record number of one million reported vacancies and people with the right skills to fill them. The HGV driver shortage is the most obvious issue, which is why the Government is temporarily easing licence rules to get supplies to stores for Christmas. 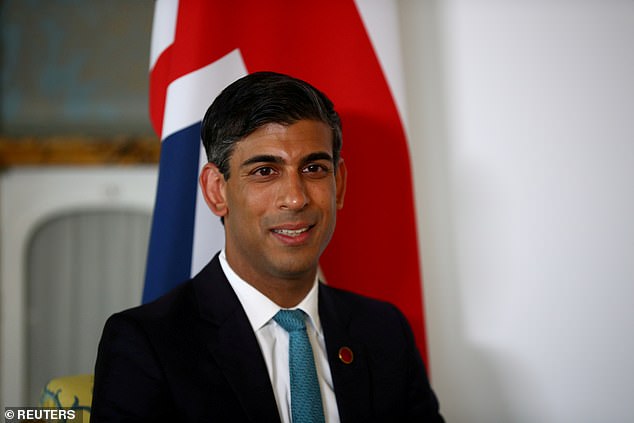 The better outcomes continued in August, with the number of people on pay-as-you-earn jumping by 241,000. This may explain the confidence of Chancellor Rishi Sunak that when furlough ends later this month there will not be a jobs disaster

Apart from hospitality, other sectors crying out for more staff are health, social care and technology. If workers coming off furlough — and for whom no jobs exist — are to be redeployed in these sectors, it is not just wages that will have to adjust, but training for new skills and attitudes — not least the satisfaction of providing good service.

The value of getting Britain back into work is demonstrated by the improvement in the public finances. Higher income tax, National Insurance (prior to the recent hike) and VAT revenues mean that the Chancellor has £25 billion more in his back pocket going into next month’s budget and public spending review than he expected in March.

The more people in work, the more tax revenue generated and the more cash there is for education, the NHS and critical public services.

The money tree is better fertilised by work, enterprise and entrepreneurship than by yet more borrowing and debt.

We may all have to put up with inconveniences — waiting a little longer for our gourmet fish pie at the pub or staying in all day for the plumber — and pay more for the privilege. Although supermarkets may be able to absorb higher costs, small firms and parts of the hospitality sector will have to raise their charges.

If, however, shortages in the labour market lead to improved pay and conditions for home-grown workers — and are tempting enough to attract economically inactive but able citizens back into work — it will be a price worth paying.

09/14/2021 Lifestyle Comments Off on ALEX BRUMMER: Why DO young Brits think serving at pub beneath them?
Recent Posts