Bangkok: Prime Minister Anthony Albanese has celebrated the release of Australian Sean Turnell after 650 days of imprisonment in Myanmar, describing the economist as a “remarkable man”.

Albanese said he had spoken by phone to the Sydney academic, who served as an economic advisor to overthrown civilian leader Aung San Suu Kyi, and found him in “amazingly good spirits”. 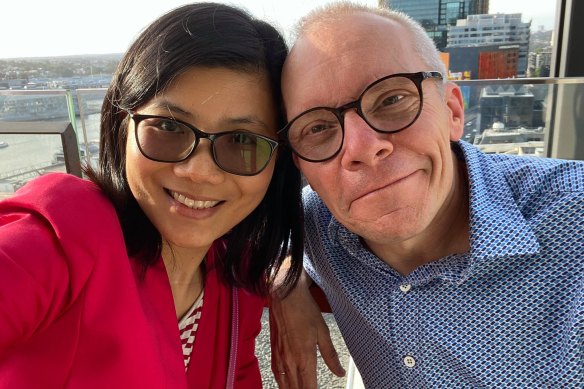 Sean Turnell and wife Ha Vu before his imprisonment in February 2021.

“He was making jokes,” Albanese said hours after Turnell’s release.

“He is from my electorate and apologised for not voting at the election. I assured him he wouldn’t be fined.”

Albanese was speaking after arriving for the APEC leaders meeting in Bangkok, the same city Turnell was taken for medical screenings after his release from Myanmar.

Albanese said Turnell would travel to Australia overnight, meaning he would arrive on Friday. 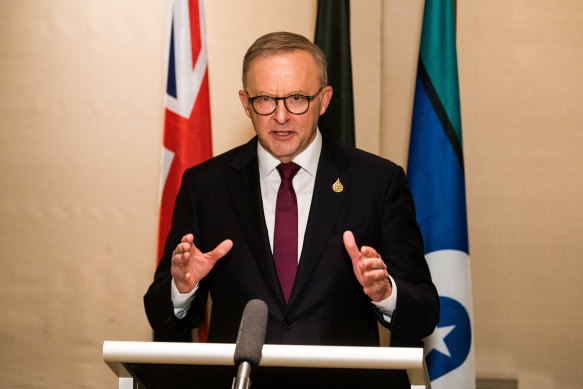 Albanese was visibly moved by Turnell’s release, saying it was “wonderful news”.

“Occasionally in this job you have a big moment,” he said.

Albanese said Turnell had asked him to convey a direct quote to Australians: “People have been wonderful”.

“Sean said to me that he wanted to thank, also importantly, the people of Australia who have not given up, continued to run a campaign and advocate for his release,” he said.

“He was very conscious of that. He went through a hard time.”

Albanese said Turnell told him he had been counting the number of days he had been imprisoned.

“He said to me, ‘This is day 650.’ That can have a physical toll but it can have other health tolls as well. We need to bear that in mind, and we need to give him the space to recover.”

Turnell had taken comfort in food delivered by embassy staff in tote bags emblazoned with the Australian coat of arms featuring the kangaroo and emu, Albanese said.

“They don’t go backwards, it was very important for him,” he said.

Albanese said Turnell was “not a large man” and had clearly lost weight while in prison on “unfair, unjust” charges.

Foreign Minister Penny Wong posted a photo of Turnell on Twitter alongside Australia’s head of mission in Myanmar Angela Corcoran.

“Wonderful news,” Wong said. “Professor Sean Turnell is free and on his way home to his family. I’ve just had the chance to speak with him.” 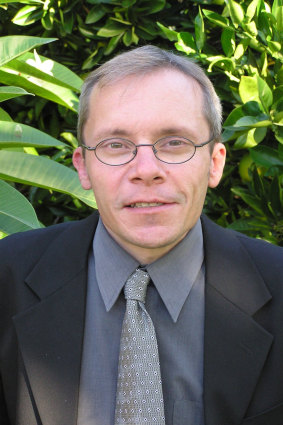 Sean Turnell said to the Australian public: “People have been wonderful”.

He also paid tribute to Wong, saying she had been “unrelenting” in her efforts to secure Turnell’s release.

“We have an articulate, determined, strategic foreign minister,” he said.

Turnell’s name was included on a list of prisoners granted amnesty by the regime via an announcement on state television on Myanmar National Day on Thursday.

A translation of the official document issued by the military government said Turnell and three other foreigners were being freed “to maintain friendly relations with other countries” on what it called “humanitarian and compassionate grounds”.

It said they were “pardoned for the rest of their sentences and sent into exile”.

Turnell was sentenced to three years in prison in September for violating Myanmar’s colonial-era official secrets act, a conviction slammed as politically motivated by his supporters and rights groups.

Turnell’s friend and fellow economist Tim Harcourt welcomed his release, saying: “Sean’s heart was with the people of Myanmar to help lift them about of poverty and help Myanmar reach its economic potential.

“He should never have been imprisoned for doing his professional duty as an economist involved in development economics.”