Will a plan to give $5 million to every black person in San Francisco be redress for years of suffering…or woke posturing that stokes race hate and bankrupts the US?

Men and women queue outside a municipal office in order to have their racial origins examined. As well as personal documents, they clutch the results of DNA tests and fading family photographs.

If they can prove to the authorities that they are descended from a 19th Century black slave, they will be eligible for millions of dollars of official compensation.

While this may sound like something from a Black Lives Matter campaign wish-list video, such a scene could become a reality in California and other American states.

For in one of the most controversial political initiatives in recent times, the first multi-million-dollar payments could, in the coming months, be distributed as part of a scheme which, in the words of one Left-leaning Californian legislator, would be compensation for ‘decades of socio-economic disparity going all the way back to the days of slavery’. 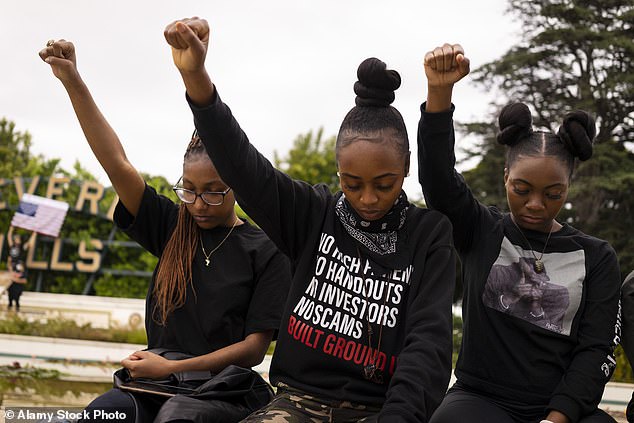 Men and women queue outside a municipal office in order to have their racial origins examined. As well as personal documents, they clutch the results of DNA tests and fading family photographs. If they can prove to the authorities that they are descended from a 19th Century black slave, they will be eligible for millions of dollars of official compensation 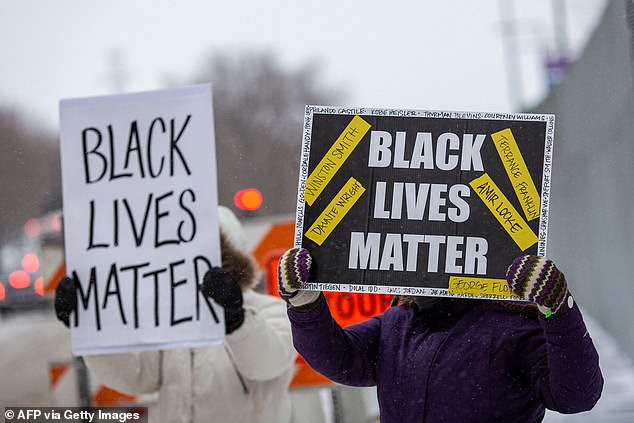 While this may sound like something from a Black Lives Matter campaign wish-list video, such a scene could become a reality in California and other American states

Last Monday, a US national holiday to celebrate civil rights hero Martin Luther King, San Francisco’s reparation committee proposed that every eligible black citizen in the city should receive a $5 million (£4 million) payout – a total bill of at least $50 billion (£40 billion) for the city alone.

The proposal goes before the city council in June and is expected to pass. Of course, millions of enslaved blacks suffered incalculable hurt, but the issue of reparations for their 21st Century descendants has triggered a huge moral debate.

On the one hand, the compensation proposals represent an attempt by today’s generation to atone black people for the American authorities’ historic role in slavery and the legacy of inequality.

But conversely, others argue that apart from the huge financial cost, the campaign is simply woke, political posturing dressed up in the moralistic language of guilt.

What’s more, such reparation suggestions are not restricted to America. As is said of so many liberal social issues: ‘What happens in California today happens in the rest of America tomorrow and then in Britain very soon after.’

Last summer, a conference was held at Cambridge University about the need for Britain to pay reparations to its former colonies and at which several academics condemned Britain’s historical attitudes to racial minorities.

The state of California has recommended that anyone directly descended from slaves should be paid $223,000 (£180,000) in compensation ‘for the enduring economic effects of racism and slavery’.

California has about 2.6 million black residents, of whom an estimated two million would qualify, costing the state about $500 billion (£403 billion). Across the whole of America, it is estimated by experts that it would cost up to $14 trillion (£11.3 trillion) – about $1 million (£810,000) to each eligible black household – to eliminate the existing black-white wealth gap.

A Harvard professor, who asked not to be named, observed: ‘No one argues that there has not been a grim history in this country. But, sadly, the reparations debate symbolises the ridiculousness of the culture wars. It isn’t healing racial division – it’s promoting it.’

With America’s controversial history of slavery, the subject of reparations has been widely discussed for decades by Left-wing academics. Many have argued that black people have been held back – prevented from buying homes, running businesses or getting an education – by systematic racism in a world run by white men. 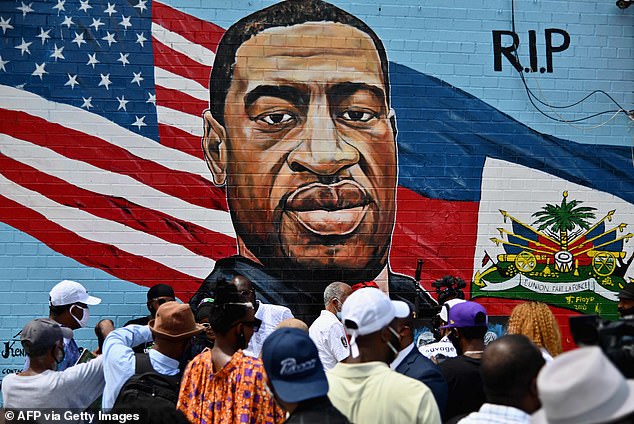 But the reparations issue burst into the mainstream following the murder of George Floyd by a white police officer in Minneapolis in 2020. The killing invigorated the Black Lives Matter movement and, along with public protests, the subject of reparations quickly developed and was openly discussed in the media and by politicians.

As ever, the uber-woke liberal state of California was in the vanguard of the debate. It was the first to set up a ‘reparations task force’ and momentum has snowballed since then. To qualify for a payout for ‘decades of harm they have experienced’, black San Franciscans need to meet a series of criteria, including identifying as black on public records for the past ten years and being at least 18.

The city’s African American Reparations Advisory Committee has also suggested wiping out all black people’s debts associated with educational and personal loans and credit cards, along with student and housing loans.

Even though California was never a slave state, it is argued that local laws had debilitating effects on the black population.

We have already seen early examples of reparations. Last year, a beach in Manhattan Beach, a wealthy enclave south of Los Angeles, which had been seized by the municipal authorities from a black family in 1924, was handed back to the original owners’ great-grandsons to much fanfare.

Campaigner Kavon Ward celebrated, saying: ‘Power to the people! Power to MY people!’

However, this month the family announced it was selling the land back to Los Angeles County for $20 million (£16 million) and Ms Ward reacted by describing the sale as a ‘psychological blow’ to the reparations movement.

This, it is said, is the long-term result of decades of discrimination, beginning when enslaved black people were sent to California during the Gold Rush era and then suffered housing discrimination, mass imprisonment, unjust property seizures, poorer healthcare and lack of support for their businesses.

No one argues that such evils didn’t happen, and the legacy of segregation remains painfully raw in a country less than 250 years old. But other minority groups have attacked the fact that the reparations policy is restricted to those who can prove they are black.

A spokesman for a Native American group said: ‘Why are we not being compensated? We were here first. And while the crimes perpetrated on the African American community were severe indeed, do they surpass those inflicted on the Native Americans?’

And Asian business people, who generate 20 per cent of California’s wealth, have also complained.

An Asian who works for a big talent agency told me: ‘What about the hundred of thousands of Asians –especially from China, Japan and the Philippines – who came to California in search of the American dream but were also cheated out of property, jobs, good schooling? Why single out one ethnic group for reparations? Surely that is the very definition of racism.’ 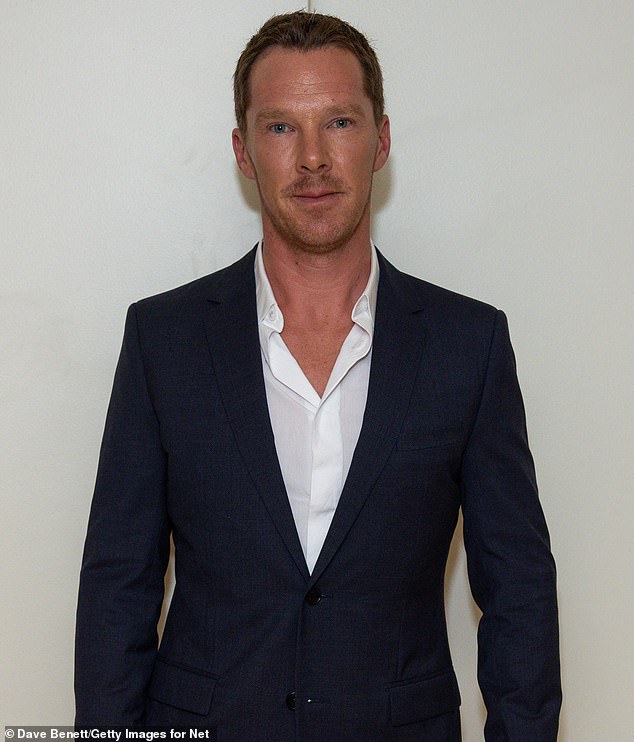 British actor Benedict Cumberbatch, whose family built its fortune on sugar plantations in Barbados, has spoken openly about the issue: ‘When I became an actor, Mum wasn’t keen on me keeping it [the Cumberbatch surname]. ‘They’ll be after you for money,’ she used to say’

Political commentator Professor Victor D Hanson worries that singling out African Americans is counter-productive to easing racial tensions in California, a state that is 40 per cent Hispanic and which has offered a safe haven and ‘chance to flourish’ to immigrants from Japan, Armenia and other repressed minorities.

He said: ‘Creating new tribal tensions in a multi-racial state without a history of either slavery or Jim Crow [segregation laws] and without a majority ethnic/racial population, which suffers from an annual out-migration of capital and some 300-400,000 taxpayers is, well, pure insanity and will only fuel each tribal group to lodge monetary claims against one another.’

In historical terms, California was ‘annexed’ from Mexico, whose people now make up nearly 40 per cent of the state’s population.

‘California was never a slave state, it was taken from the Mexicans,’ a Hispanic council leader in Los Angeles told me last night. ‘If they are going to hand out millions of dollars, give them to those who are native to this state and who had their land stolen from them.’

More controversially, it is planned that the reparations payment will also be given to anyone imprisoned during America’s so-called War On Drugs – the 30-year nationwide crackdown on illegal drugs started by President Richard Nixon in 1971. It ended after a damning report from the American Civil Liberties Union showed a disproportionate number of black men were being jailed, often over relatively minor offences such as possessing cannabis.

Another part of the plan would provide a supplementary income to black low-income households to match the city’s average income – $97,000 (£78,000) – for the next 250 years. Inevitably, Hollywood chiefs – those cultural outriders of the woke movement – have jumped into the debate. There have been calls for the movie industry to atone for its part in historic racism.

For example, it has been suggested that compensation is paid to black people because of the damage done by the 1915 silent film The Birth Of A Nation, which was deeply racist and presented a heroic portrayal of the Ku Klux Klan. It was said to have done ‘incalculable harm’ and created a ‘justification’ for prejudice, racism and discrimination.

British actor Benedict Cumberbatch, whose family built its fortune on sugar plantations in Barbados, has spoken openly about the issue: ‘When I became an actor, Mum wasn’t keen on me keeping it [the Cumberbatch surname]. ‘They’ll be after you for money,’ she used to say.’

Comedian Chelsea Handler said: ‘We’re out of excuses as a country so please stop making them. We built this country on the back of black and brown people.’ George Clooney, Ariana Grande and Madonna have all voiced support.

An executive at Disney Studios says Hollywood has already begun to prepare to fork out.

‘We’ve been having discussions with other studios, talent agencies and management. People are going to have to put their hands in their pockets and put their money where their mouth is.’

Meanwhile, California is undergoing major demographic changes. Since the start of the Covid pandemic, more than 300,000 state residents – mostly white, middle-classes – have fled for more tax-friendly places such as Texas and Tennessee. This so-called White Flight risks reducing California’s tax revenues at a time when people are talking about the authorities having to find a possible total bill for reparations of $500 billion.

Not surprisingly, San Francisco City Council has not announced how it intends to find the money.

‘There are a lot of Silicon Valley billionaires. There are unbelievable amounts of money here, so it will eventually be found. But make no mistake, taxes will have to go up,’ said a council source.

Last night, one woman who works as a personal trainer in Los Angeles, said she was going back through old photo albums and posting off a genetic test in order to prove she qualifies for a $5 million payout.

‘This won’t benefit my ancestors, who truly suffered. But for me it would be like winning the lottery.

‘We’ve been waiting for 400 years for justice.’