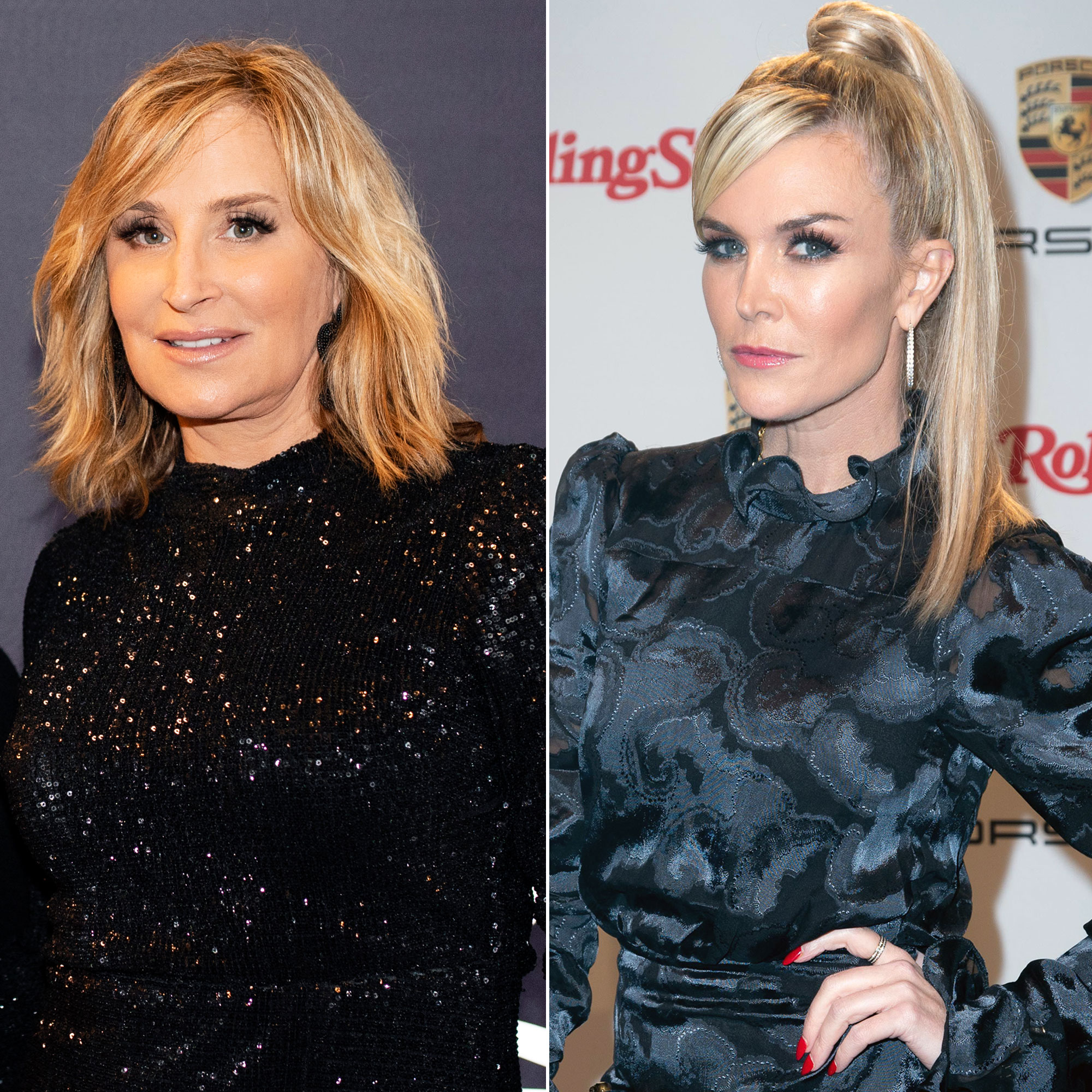 Sonja Morgan is ready to throw Tinsley Mortimer a going away party … but that doesn’t mean the Real Housewives of New York City star won’t visit the her newly engaged costar when she moves to Chicago with fiancé Scott Kluth.

“Tinsley moved to Chicago, but she’s not a New Yorker. She’s from Florida, she lived in Florida — that’s her residency,” the 56-year-old Sonja Morgan New York designer told Us Weekly exclusively at her namesake collection at Century 21 launch on Tuesday, December 10. “She’s never really been a New Yorker, she’s been living in a hotel, and you know I’m happy that she’s happy. She’s much happier where she is, let me tell you that. I can see it. … I’m not going to miss filming with her — what I’m going to miss is seeing her often.”

Mortimer, 44, confirmed her engagement to Kluth, 41, last month. While fans noticed the reality TV personality was missing from the RHONY season 12 cast trip to Mexico after the proposal, a source told Us that Mortimer is still filming the series.

“She didn’t go on the girls’ trip because she just got engaged to Scott and she is in Chicago as they want to be together during this happy time,” the source told Us. “She is not going to girls’ dinners and girls’ trips when this is a time she should be spending with her new fiancé.”

Another insider confirmed to Us that Mortimer will indeed move to Chicago full-time in the future.

“I’ll go to Chicago and see her! I’m happy that she’s happy; that’s all I want,” Morgan told Us on Tuesday. “When I invited her to come live at the townhouse it was to protect her from being co-dependent with guys that were mistreating her and not having her brand and not moving forward with herself, not being herself. I feel the time she did spend here with us, she did start to be herself again. … She modeled in the fashion show. She did her charity, she did the circus. We really did well and I think that’s why she’s getting married now to the man of her dreams.”

When asked who will be invited to Mortimer’s upcoming nuptials, Morgan named herself and newcomer Leah McSweeney, who knew the bride-to-be before she joined the reality series for season 12.

“I’m invited and so is Leah. Yep, and we’re excited — we’re so excited for her,” Morgan told Us.

The clothing designer is also in a good place with McSweeney.

“Leah’s here tonight so speaks for itself and she wears Sonja Morgan New York all the time,” Morgan told Us on Tuesday. “Leah lives around here so she knows Century 21 very well. … You know you can’t get a better window than this because they have 14 stores including Herald Square right now which is a pop up — 40,000 square foot pop up. This is 220,000 square feet. I’m just thrilled!”

Ramona Singer, Luann de Lesseps and Dorinda Medley were also on hand to support Morgan’s launch on Tuesday. While Bethenny Frankel, who announced her departure from RHONY in August, didn’t attend the event, Morgan told Us that the two women talk “all the time.”

“We’re very close,” she explained. “It’s just different [filming without her], that’s all. But again, I’m very happy for Bethenny. She made a choice — a lifestyle choice for her, for her daughter, and should I say fiancé or serious love in her life?”

Frankel, 49, has been seeing Paul Bernon since October 2018. The Skinnygirl CEO isn’t the only one with a new man in her life, however. De Lesseps recently confirmed she was seeing her manager Rich Super.

“He’s a super manager, and, you know, Luann has her path and her cabaret and a huge job,” Morgan told Us. “And I think her private life is her private life and we’re all there to support her.”

The Real Housewives of New York City will return to Bravo in 2020.

Related posts:
12/11/2019 Entertainment Comments Off on Why Sonja Morgan Won’t Miss Filming ‘RHONY’ With Tinsley Mortimer
Recent Posts
We and our partners use cookies on this site to improve our service, perform analytics, personalize advertising, measure advertising performance, and remember website preferences.Ok