What can a trove of 19th-century ballets about village folk and trolls and sylphs in the forest possibly have to offer audiences used to the extreme athleticism and streamlined look of contemporary ballet?

In a few days, dancers from the Royal Danish Ballet will come to the Joyce Theater in New York bringing just that: an evening of dances by the Danish choreographer August Bournonville.

What these works propose, first of all, is something simple and rare on ballet stages: an image of the joy of dancing together, as well as a deeper, almost philosophical subtext. “The keyword to understanding Bournonville’s artistic universe is harmony,” Erik Aschengreen, a leading Bournonville scholar, said in an email from Copenhagen. “He knew that life is difficult and dangerous, but he deeply believed that art has the power to bring harmony to our life.”

Ulrik Birkkjaer, who organized the Joyce program, said that performing abroad has made him more conscious of the special quality of these ballets, with their hopeful plots and vivid characters, and the way they present dancing together, for the pleasure of it, as the ultimate ideal.

“I’m not a religious guy,” said Mr. Birkkjaer, a former Royal Danish Ballet principal who is now a principal at San Francisco Ballet, “but I’m beginning to think that we have to stand ground on these values of sincerity and kindness.” It’s part of what drove him to gather a group of his former colleagues to bring these excerpts to New York.

In Bournonville, the dancing is on a human scale, a world away from the fireworks that characterize today’s ballet technique. The choreography is filled with small but filigreed jumps and rocking steps, combined with relaxed upper bodies, rounded arms, engaged faces. At the end of a phrase, the dancers often open their arms toward the audience, as if including them in the action.

The men dance just as much as the women — Bournonville, a virtuoso, expanded the lexicon of male dancing — and at some point, everyone onstage is part of the action. This inclusivity, and the illusion that the dancers dance not only for the audience but for each other, is part of the charm. 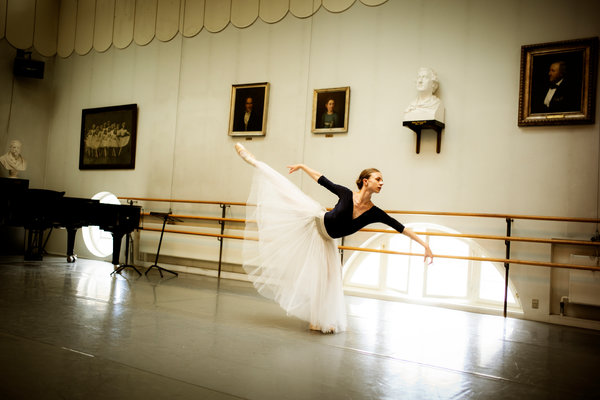 The partnering, too, is surprisingly egalitarian. Frequently, the men and women do exactly the same steps, side by side or mirroring each other. “It’s a completely different idea from your typical classical pas de deux,” in which the male dancer mainly supports the woman as she executes difficult feats on point, Mr. Birkkjaer said.

Bournonville, the son of a French dancer, dominated the ballet scene in Denmark for four decades beginning in the 1830s. He created over 50 ballets for the Danish Royal Ballet, driven by fanciful plots, many based in Danish folklore. “My entire poetic sphere is Nordic,” he wrote in his memoirs. About 10 are still performed today, in part or in full. In Denmark, they are considered national treasures.

The most famous of his ballets, and the only one widely performed abroad, is “La Sylphide,” the story of James, a young Scottish farmer who is lured into the forest by a sylph on his wedding day. It’s a typical Romantic story about a dreamer who desires something beyond the mundane world in which he lives. Unlike in Bournonville’s other ballets, things end badly, for him and for the sylph. (It is actually an adaptation of a ballet he saw in Paris.) At the Joyce, the ensemble will perform the second act — Ida Praetorius, the company’s youngest principal, will dance the role of the sylph, and Mr. Birkkjaer will be James.

But, more typically, the characters in Bournonville’s ballets live happily ever after. In “Napoli,” for example, a Neapolitan fisherman and his sweetheart, Teresina, are reunited after a miracle allows her to return safely after she is lost in a storm at sea. (Bournonville’s stories have a strong Christian influence.)

What sets the ballets apart from more familiar 19th-century works like “Swan Lake” and “The Sleeping Beauty” is that the heroes are everyday people: fishermen, farmers, soldiers, merchants. Even the magical beings, like the trolls in “A Folk Tale,” behave like people, reflecting the less honorable aspects of human nature. All the ballets include pantomime, scenes told only through gesture and facial expressions, which move the story along and add local color. 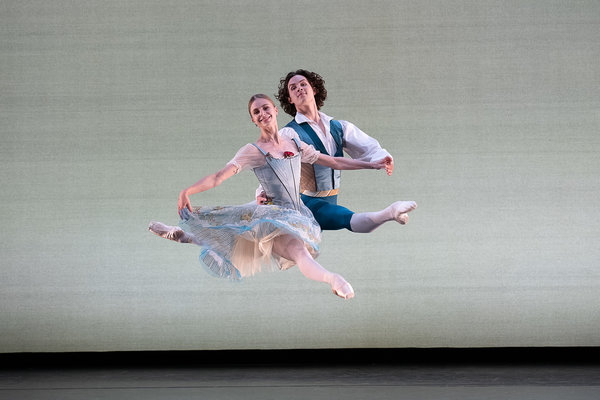 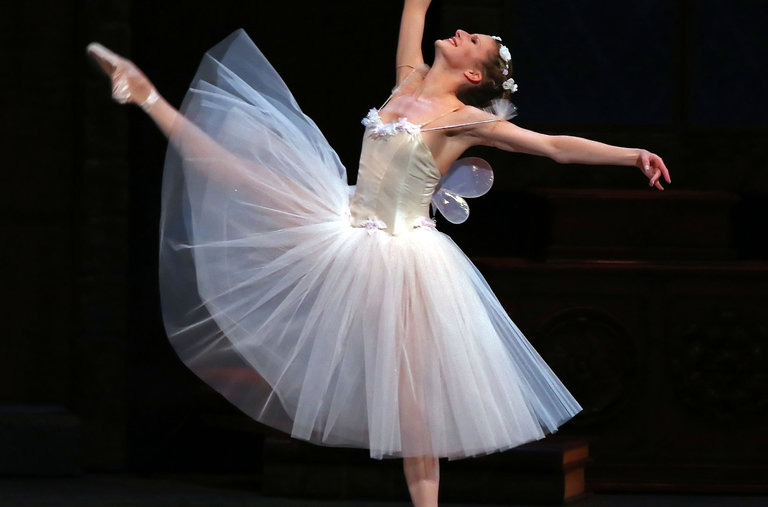 Several of these will be seen at the Joyce. In one, a Neapolitan street singer belts out an aria, moving his lips enthusiastically, as another character pounds on a drum. “He’s like someone who starts to sing during a birthday party — I don’t think he’s as good as he thinks he is,” said Tobias Praetorius, the 23-year-old dancer who will play the street singer. (He is Ida’s younger brother, and grew up with her at the company school.) The scene will be part of a suite of excerpts from several ballets. (Unfortunately, at the Joyce all the music will be taped.)

Despite its air of ease, the complex work for the feet is difficult to pull off convincingly. Traditionally, Danish dancers have learned the technique at the company’s affiliated ballet school — housed in the same theater as the company — and by taking part, as children, in the company’s productions. Mr. Praetorius’s first role in a Bournonville ballet was as a tiny troll in “A Folk Tale” when he was 7. He climbed up a ladder and sat in a tree. From his perch, he said, he watched the dancers below; now he’s one of them.

Non-Danish dancers, who make up more than half of the Danish Royal Ballet’s roster now, have to catch up as best as they can. “I definitely find it challenging,” Liam Redhead, a Canadian-born soloist who will be appearing in New York, said in a phone interview. “At first I found it awkward. Some moments felt too fast to be able to point your feet, while at other moments you have way too much time. But the most challenging thing was the overall phrasing. It’s a much longer arc than in Russian ballet.”

Mr. Redhead, now 24, said it took him five years to begin to feel like he was getting the style under his skin. The gradual assimilation of the spirit behind the steps comes through coaching sessions with company veterans like Anne Marie Vessel Schlüter, a dancer from the 1970s and ’80s, and the Finnish-born Sorella Englund, who, when she joined in 1966, was part of the first group of foreign dancers to be taken into the company in the 20th century.

New company members absorb it by dancing in the one or two Bournonville productions staged at the company each year, as well as through occasional classes devoted specifically to the technique. Four of the 13 dancers coming to New York were trained outside Denmark.

Working closely with an artist like Ms. Englund, 73, is one of the keys to unlocking the naturalistic acting required of a Bournonville dancer. In New York, she will reprise what is perhaps her most famous role: Madge, the powerful and malevolent witch who seals James’s fate in “La Sylphide.”

“She is like an old friend,” Ms. Englund said in a phone interview. But Mr. Birkkjaer had to cajole her to join the tour — she retired the role five years ago. “I don’t have the physique anymore,” she says, “because I have all these pains in my body.”

And yet something about the current state of the world, she said, convinced her it might be time to conjure her Madge one last time.

“It came to me one night in my kitchen,” she said. “I thought, ‘I’m going to be the meanest witch.’ It’s like a message to the world, don’t do this, don’t become what she becomes.”

Tuesday through Sunday at the Joyce Theater, Manhattan; joyce.org.