In a haunted-house movie, there’s no escape. When terror originates inside your own home, you can never really get away from it. Grief and the inevitability of death operate much the same way, giving the microgenre opportunities for rich subtext. Sure, all those creaks and creeps are fun, but the thing that makes a haunted house shine is what’s happening beneath the foundation.

Natalie Erika James knows that well. She is the director and co-writer of “Relic,” a Sundance hit newly available on video-on-demand services. In depicting a family grappling with Alzheimer’s, “Relic” uses the grammar of a traditional haunted-house flick — a camera that closely tracks characters’ movements; dim, angular interiors; walls that seem to expand and contract — to make the bleakness of the story more palatable.

Emily Mortimer and Bella Heathcote play a mother and daughter — Kay and Sam, respectively — who arrive at Kay’s mother’s home to find her missing. When the fussy octogenarian, Edna (Robyn Nevin), returns dirty and bruised, she won’t say where she’s been. From there, things get ominous. Kay finds cryptic Post-it reminders throughout the rooms, including an alarming one that says, “Don’t follow it.” The house slowly comes alive, enveloping its inhabitants as the vitality drains out of Edna.

“Relic” is a sharp, surefooted feature directorial debut for James, a 30-year-old Japanese Australian rookie who collaborated on the script with Christian White. By phone, James explained what inspired the film:

Her Own Family’s Experience With Alzheimer’s

“Relic” was born out of a trip James took to visit her grandmother, who had developed Alzheimer’s, in rural Japan. It was the first time her grandmother didn’t recognize her. James had made short films that gave real-life issues like abortion and motherhood a horror filter, and she quickly realized that Alzheimer’s called for a similar treatment.

She started contemplating how her grandmother’s mental deterioration affected her relationship with her own mother, which led to the movie’s premise of three women dealing with intergenerational dynamics. The backdrop was obvious, too. “She lived in this really creepy traditional Japanese house we’d been really scared of as children,” James said of her grandma. “So I think those two things converged really organically.”

James initially planned to set the film in Japan, but when the project got financing from the Australian government’s production fund, she relocated the story to the continent where she currently lives. Finding a suitable house wasn’t easy. The most common haunted-house tropes belong to American and British cinema, and Australian architecture doesn’t offer the same features, James said. There are no basements, for example. Country estates tend to be long, single-story buildings, whereas James wanted stairs and a slanted roof.

So she concocted a workaround: Edna’s late husband would be an architect who’d designed an unconventional home. For the shoot, James and her production designers used three different locations — two real houses and another section built on a soundstage — to simulate one increasingly claustrophobic domicile. 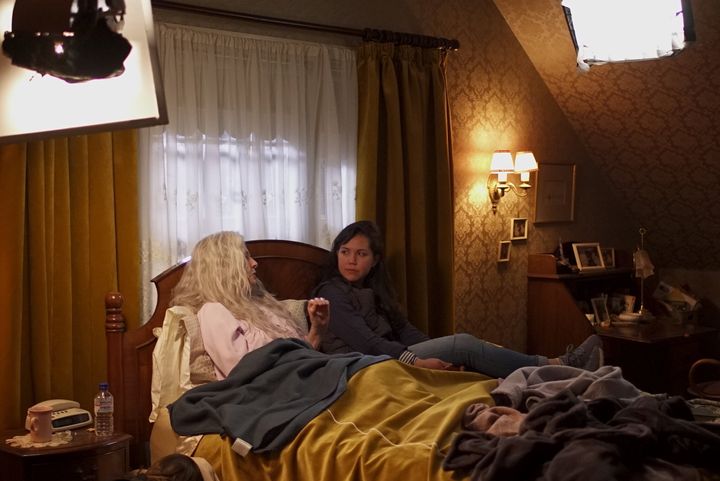 Great horror directors know the genre inside and out, using what has come before to shape their own work. James can cite the exact moment she fell in love with the form. She was 11 and finally granted permission to go to a movie theater without parental supervision. James and her friends went to see “The Others,” the Nicole Kidman masterwork that uses a supernatural conceit to explore grief. A couple of years later, “The Shining” gave her nightmares. She was hooked.

“Relic” has traces of both “The Others” and “The Shining,” as well as a handful of Japanese hits ranging from the 1960s to the 2000s. James listed “Kwaidon,” “Onibaba,” “Ring,” “Audition” and “Pulse” as films that showed her the breadth of what horror could achieve. Her movie also invites comparisons to “Hereditary” and “The Babadook,” two recent winners about troubled mothers, as well as “Rosemary’s Baby” and “Repulsion,” classics in which the protagonists’ dwellings turn out to be unsafe.

“Relic” was the first feature-length script James wrote, and her genre savvy is fundamental to its success. As Edna becomes more unmoored, black mold starts to creep through the house. The ceilings give in. Shadows darken. Walls shift. Sam suggests they relocate Edna to a nursing home, but a guilt-ridden Kay resists, further escalating the domestic tension. 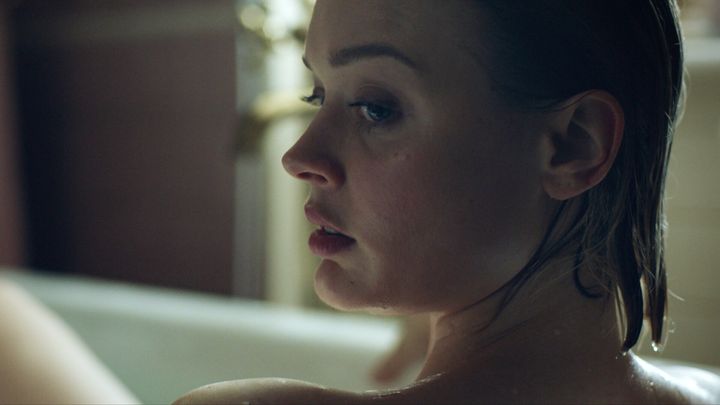 James has long been drawn to vanitas art, a macabre European style common in the 16th and 17th centuries. Vanitas emphasizes the futility of life, presenting death as certain and pleasure as ephemeral.

“In some ways, you can just see the film as a vanitas painting come to life in film form,” James explained.

The piece that most influenced her was “The Three Ages of Woman and Death,” a painting by German artist Hans Baldung that shows a woman’s transition from beautiful fledgling to skeletal elder. The expression on the subject’s face grows angrier as time whittles away her bones. Likewise, Edna has bouts of indignation that seem to come from nowhere. Yet they are understandable responses to her condition, which is stripping her of her identity, her history and her independence as if the walls were closing in on her.

James isn’t interested in making horror for horror’s sake. She said she wants her films to “have some sort of positive impact in the world.” With “Relic,” that mission has paid off. After its premiere at the Sundance Film Festival in January, audience members approached her to share their own experiences with dementia and other terminal illnesses. Many had watched loved ones suffer from symptoms with intense manifestations. Even if they weren’t haunted by the malevolence that Edna experiences, the themes remained the same.

“That was a really big aim of mine in making the film, that it would provide this cathartic experience for people who have gone through something similar,” James said. “It kind of exceeded my expectations in the response that it got. Generally so far, everything I’ve written has expressed itself in the horror space, but certainly what this movie is trying to say has always been just things that are important in my life, things I’m grappling with.”

07/10/2020 Entertainment Comments Off on What Influenced ‘Relic,’ A Haunted-House Movie That Will Seep Into Your Bones
Recent Posts
We and our partners use cookies on this site to improve our service, perform analytics, personalize advertising, measure advertising performance, and remember website preferences.Ok