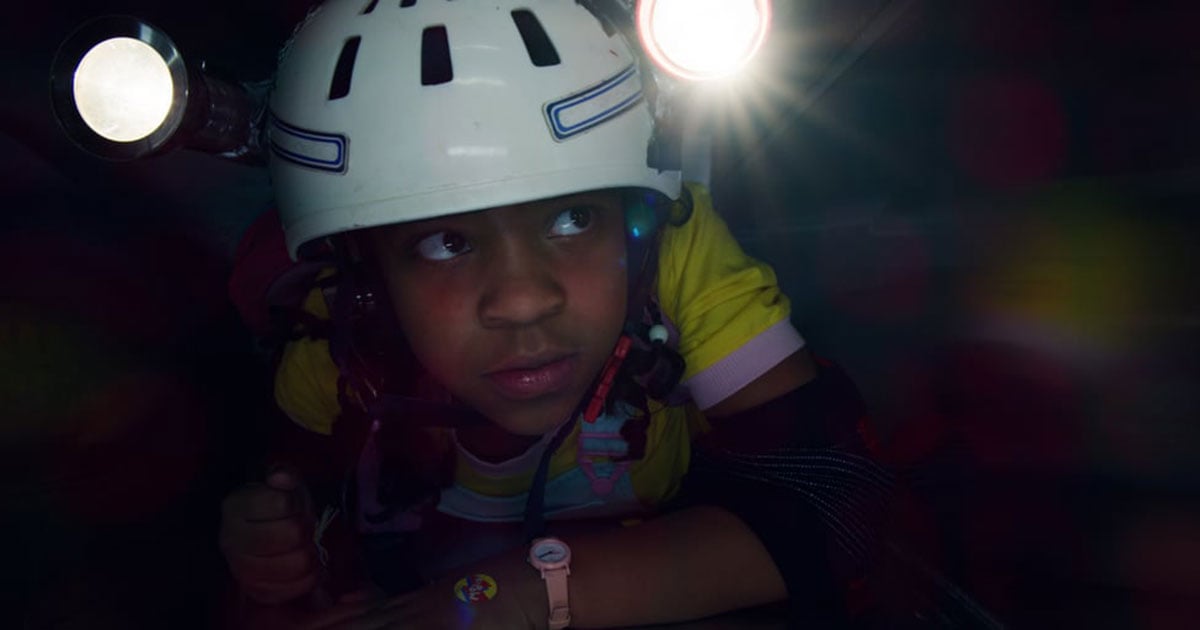 In the first season of Stranger Things, Mike’s (Finn Wolfhard) adorable baby sister, Holly Wheeler (Anniston and Tinsley Price), steals the show whenever she’s on the screen. In season two and three, it’s Lucas’s (Caleb McLaughlin) call-it-like-she-sees-it little sister, Erica, who just may take the crown as our favorite Stranger Things sibling. While we’ve met Lucas’s parents, Erica is clearly the one who keeps Lucas in line.

Played by newcomer and Atlanta, GA, native Priah Ferguson, Erica first made herself known to fans with her one-liners in season two’s “Chapter Two: Trick or Treat, Freak” — when she hilariously calls Lucas out for his “nerdy” Ghostbusters Halloween costume — letting us know early on that she’s going to be a handful, not just for Lucas but also for the entire Hawkins crew. In season three she continues that streak (and her penchant for hurling the “nerd” insult) when she teams up with Dustin, Steve, and newcomer Robin to unravel a particularly twisted mystery regarding the Starcourt Mall.

Before Stranger Things, Ferguson took on the role of Fatima in VH1’s Daytime Divas and also made a cameo in the Emmy-winning show Atlanta. On top of that, she’s starred in the independent short film Suga Water and the 2018 political comedy The Oath. At age 11, the actress became a pint-size philanthropist serving as the Spokeskid for Our United Way of Greater Atlanta.

Erica’s got the right amount of spunk to keep her big brother on his toes, and while Lucas and the gang may be at the heart of Stranger Things, Erica reminds us that it’s really the little sisters who are calling the shots in Hawkins.