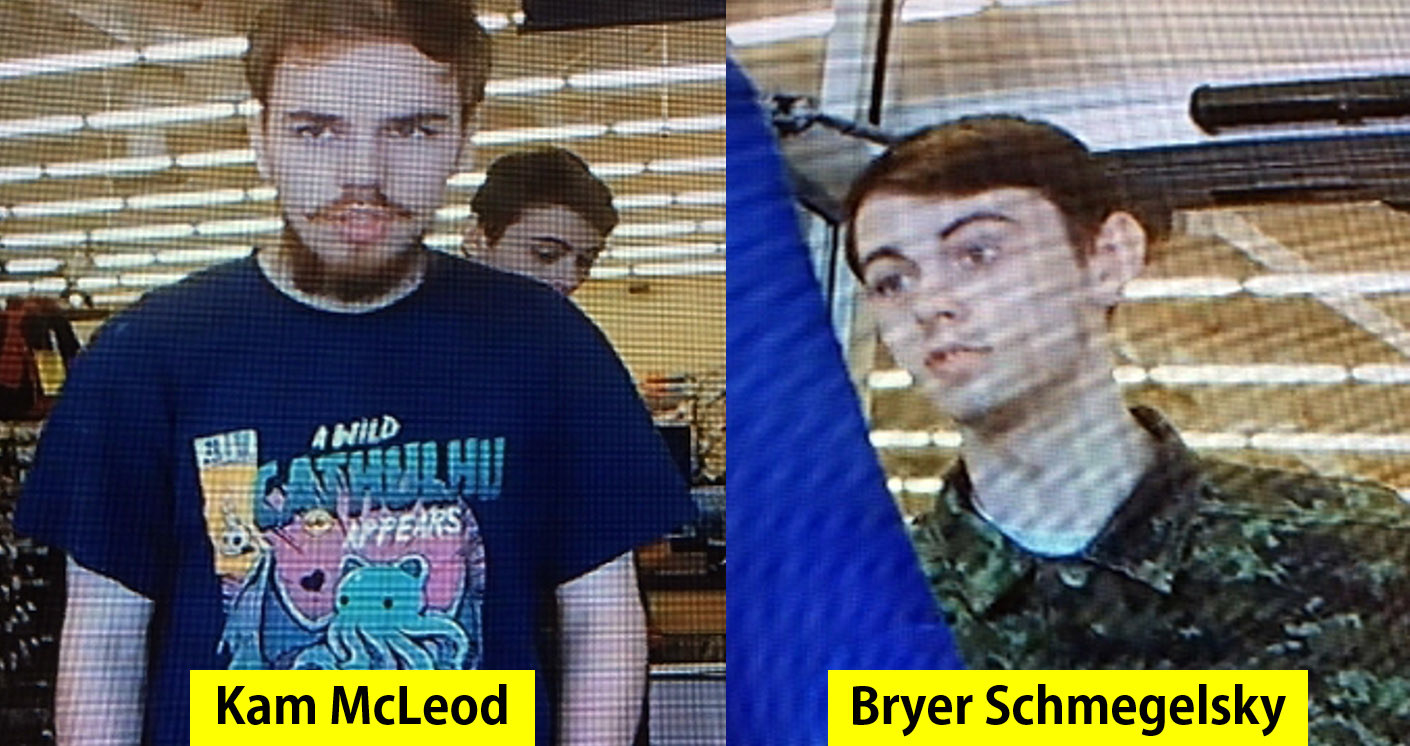 Two Canadian teens who were previously thought to be missing are now considered suspects in three killings in British Columbia, including a young couple whose bodies were found along a highway with gunshot wounds.

Canadian authorities had been searching for Kam McLeod, 19, and Bryer Schmegelsky, 18, for four days after their car and camper were found burning near Dease Lake in British Columbia.

The body of a man, authorities said, had also been found about a mile south of the burning vehicle.

But on Tuesday, Canadian officials said McLeod and Schmegelsky were now considered suspects in the death of the unidentified man, as well as a North Carolina woman and her Australian boyfriend who were also found killed on the side of the road.

“We are asking the public that if you spot Kam McLeod or Bryer Schmegelsky to consider them as dangerous,” police said in a statement Tuesday. “We believe they are likely continuing to travel, though we don’t have a possible destination.”

Authorities named the two men as their prime suspects three days after asking for the public’s in the deaths of Chynna Noelle Deese, 24, of North Carolina, and her boyfriend, Lucas Robert Fowler, 23, of Australia.

Salvador Hernandez is a reporter for BuzzFeed News and is based in Los Angeles.