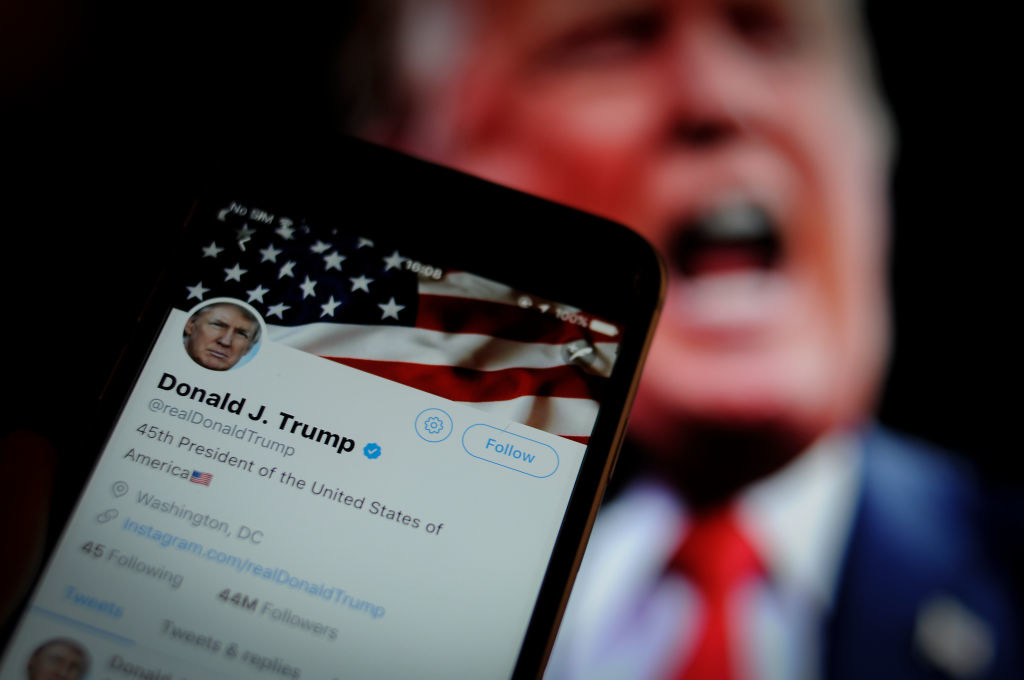 Twitter will add warning labels to tweets from world leaders that break its rules following years of public criticism and uncertainty around contentious posts from Donald Trump and other politicians.

On Thursday, the San Francisco-based company introduced a new policy for tweets from well known government officials that violate its policies on abuse, harassment, and violent threats. Instead of removing the violative posts, it will put them behind a warning notice. That notice will explain that a tweet was found to be in violation of Twitter’s policies, but has been allowed to remain on the platform because the company believes it to be in “the public’s interest.”

Asked if this new policy was directed at President Donald Trump, who has used his Twitter account to threaten nuclear war with North Korea, share a video depicting violence against a media organization, and retweet misinformation directed at Muslims, a Twitter spokesperson said the change was not inspired by any specific world leader. The spokesperson also said the policy will not be retroactive and will apply only to tweets from verified accounts of government officials or candidates for public office with more than 100,000 followers.

“Our highest priority is to protect the health of the public conversation on Twitter, and an important part of that is ensuring our rules and how we enforce them are easy to understand,” the company said in a blog post on Thursday. “In the past, we’ve allowed certain Tweets that violated our rules to remain on Twitter because they were in the public’s interest, but it wasn’t clear when and how we made those determinations.“

Twitter has faced heavy criticism for uneven enforcement of its own rules when it comes to world leaders like Trump, whose tweets sometimes appear to violate the company’s policies, but are allowed to remain on the site because of their newsworthiness. The company’s leadership has repeatedly dodged questions around the issue. In a March interview with The Huffington Post, Twitter CEO Jack Dorsey declined to explain how the company would handle a hypothetical tweet from Trump “asking each of his followers to murder one journalist.”

“I’m not going to talk about particulars,” Dorsey said at the time. “We’ve established protocol, it’s transparent. It’s out there for everyone to read. We have, independent of the U.S. president, we have conversations with all governments. It’s not just limited to this one.” 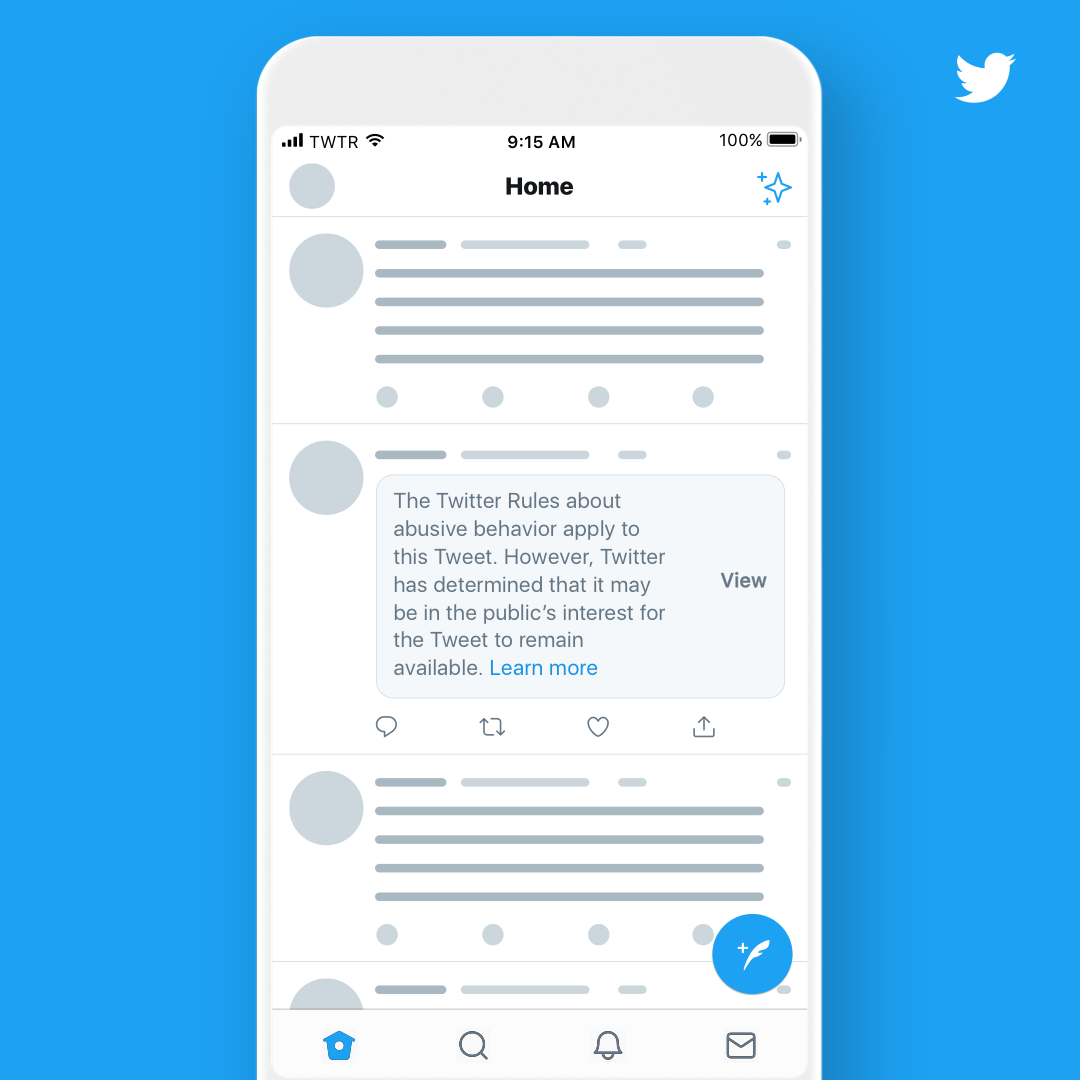 In a move to “protect the health of public conversation,” Twitter will allow violative tweets from world leaders to remain on its platform, but with warnings like the one seen above.

Since then, the company has determined that its policies are perhaps not as clear as first thought, revisiting an early 2018 decision which noted that all tweets from world leaders were inherently newsworthy and would remain up on the site in spite of their content. In March, Vijaya Gadde, Twitter’s head of legal, policy and trust and safety, hinted that a new label may be coming during an interview at a Washington Post event.

A Twitter spokesperson refused to predict when the notice would be used, but did say that it’s not expected to be a regular occurrence. The company said that questionable tweets will be run through an internal taskforce at the company including employees from trust and safety, legal, public policy, and certain regional teams to determine whether a post is in violation of a policy and whether it deserves a label. Dorsey is not expected to be part of that decision-making team, according to the spokesperson.

The company also carved out exceptions for “direct threats of violence or calls to commit violence against an individual” from world leaders, deeming those instances “unlikely” to be in the public interest and justification for a tweet’s removal

A tweet given a warning label will be limited in its reach on the site, remaining untouched by algorithms designed to elevate and spread content of wide interest. Violative posts will also be removed from live events pages, the top tweets tool that reintroduces older posts into users’ feeds, and Twitter’s explore tab.

Twitter’s move comes at a time when Trump has been claiming that he is being treated unfairly on the platform. The president has alleged bias against conservatives on Twitter, and asked Dorsey in an April meeting at the White House why he had lost Twitter followers, according to one person familiar with the meeting.

In a Wednesday interview with Fox Business, Trump, who has more than 61 million followers on the service, again criticized the company, claiming “ they make it very hard for people to join me on Twitter and they make it very much harder for me to get out the message.”