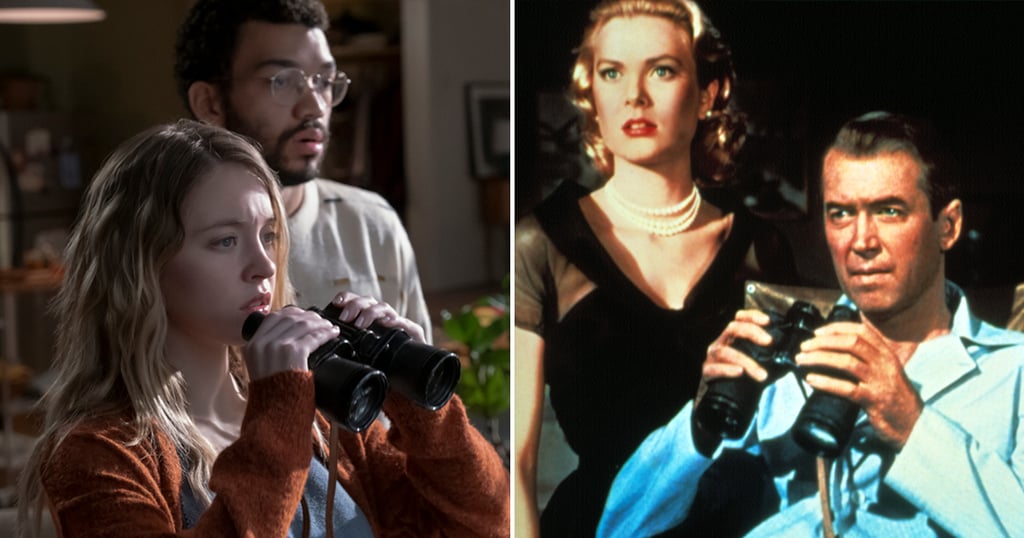 My fellow mystery lovers and true crime aficionados will know that no part of a well-crafted story is ever irrelevant. From the moment we hit play on a film, the images, sounds, and even colors on our TV screens are laying down the pieces of a puzzle our minds are itching to solve. Reminiscent of classic mysteries and thrillers like Alfred Hitchcock’s Rear Window, The Voyeurs directed by Michael Mohan, kicks off with so much symbolism and creative camera manipulation that it was almost impossible not to break open the Notes app on my phone to keep track of every suspicious and otherwise confusing detail.

Immediately upon entering Pippa (Sydney Sweeney) and Thomas’s (Justice Smith) version of Montreal, we’re greeted by Lune Blanche Lingerie, aka White Moon Lingerie, where Pippa has decided to pick up a sexy outfit to surprise her boyfriend on their first night in their new apartment. Where some movies might introduce us to the main character head-on, Pippa is first revealed through a crack in the curtain of the changing rooms.

Anyone paying close attention will note that that we aren’t the only ones with our eyes on Pippa, foreshadowing Julia (Natasha Liu Bordizzo) and Sebastian’s (Ben Hardy) eventual reveal that “while they were watching us . . . we were watching them.” As soon as she catches the reflection of the open curtain in the mirror, Pippa turns back, looks directly into the camera, and pulls the curtain shut with force, subtly indicating that she won’t be going down without a fight.

Packed with symbolism and purposeful in its use of lighting and wardrobe from the start, the film is an amateur detective’s movie dream come true — with a sensual and chilling twist. Read more about every Easter egg we spotted in The Voyeurs here and stream the movie on Amazon Prime Video to see if you can spot a few more for yourself.