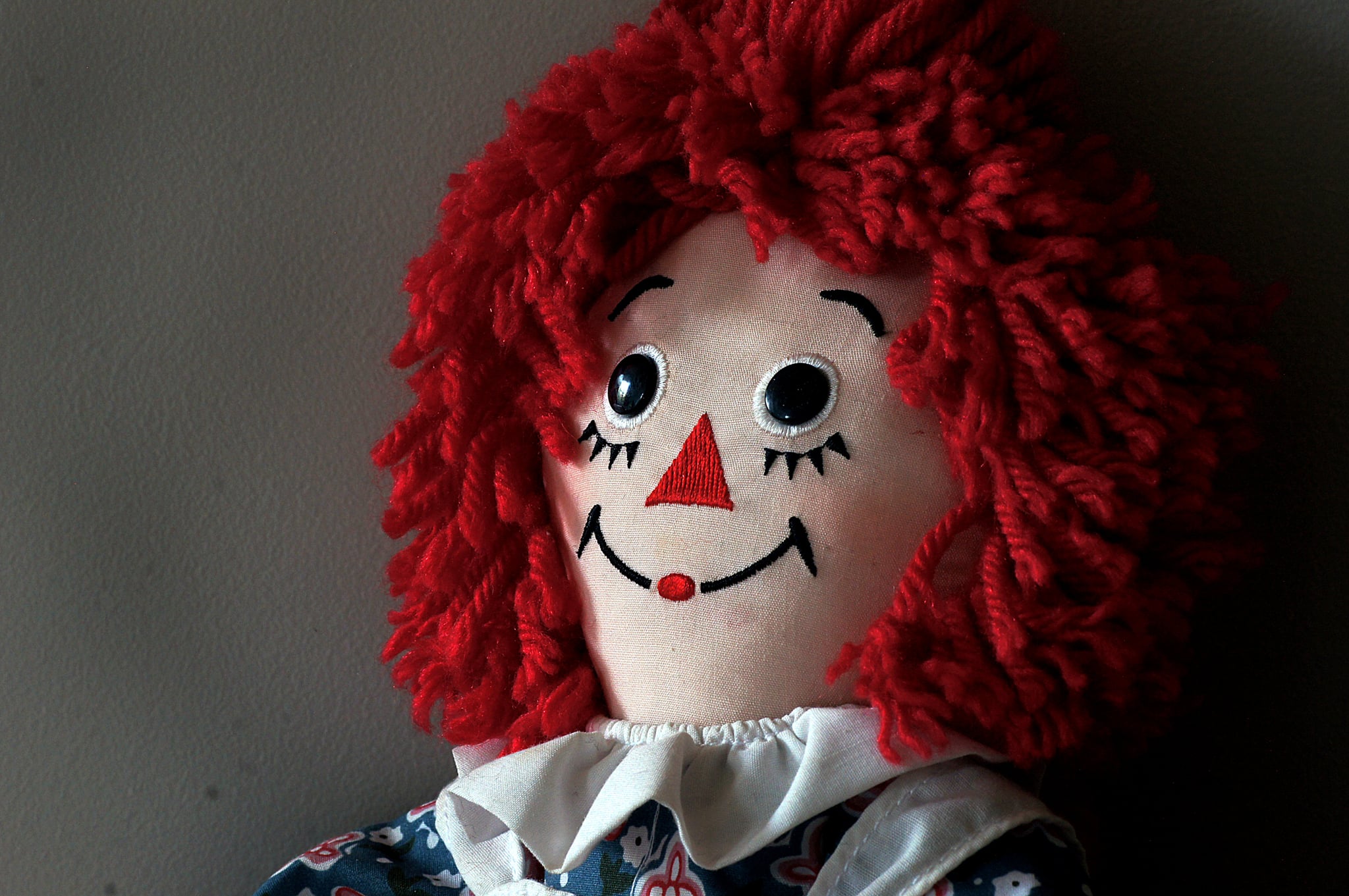 June of 2019 marked the release of Annabelle Comes Home, which is a spinoff of the first Annabelle movie and, technically, yet another entry into The Conjuring universe that revolves around famed paranormal researchers Ed and Lorraine Warren. In its Hollywood context, the Annabelle doll first appears in 2013’s The Conjuring (but, sadly, not in The Conjuring 2) as a pretty gnarly little object with some quite impressive drag queen eyebrows. What you might not know is that the doll has been totally creeped up for the big screen, and, in actuality, is just a vintage Raggedy Ann doll. Believe what you will, but the real-life Ed and Lorraine Warren have a full account of Annabelle on their official website, and it’s one hell of a haunting tale.

According to the Warrens, the story of the Annabelle doll began in 1970 when a woman purchased an antique Raggedy Ann doll from a hobby store. The doll was a gift for her daughter Donna, who had just graduated from college. Within a few days, the doll began to move. At first, it just made slight changes in position, but the doll eventually began moving to entirely different rooms.

Things quickly escalated. Donna would find parchment paper with notes scribbled on it. They would say things like “Help us” in childish writing. When Donna found blood inexplicably dripping out of the doll, she called a medium.

According to the medium, they were dealing with the spirit of a little girl named Annabelle Higgins. Apparently, young Annabelle had lived on the property before it became Donna’s apartment building. She was found dead at just 7 years old. She wanted to be kept and loved by Donna and her roommate.

Donna had a friend named Lou who faced Annabelle’s wrath the most. Lou apparently was not a huge fan of the doll and repeatedly told Donna that it was evil. One night, he said he spotted the doll at the foot of his bed. It floated up from his feet and began to strangle him. He blacked out from the oxygen deprivation and didn’t wake up until the next morning.

In another instance, Lou believed that someone had broken into the apartment but only found the doll in Donna’s room. When he turned his back, he suffered scratches that yielded seven burning claw marks. At this point, Donna decided to seek expert help. She tried to contact a member of the church but was quickly referred to the Warrens.

Related posts:
09/13/2019 Entertainment Comments Off on The Real Annabelle Is Actually a Raggedy Ann Doll — and It's Terrifying
Recent Posts
We and our partners use cookies on this site to improve our service, perform analytics, personalize advertising, measure advertising performance, and remember website preferences.Ok