João Gilberto, whose death at 88 was announced earlier this month, was the father of bossa nova — the terse, intimate and cosmopolitan sound that took over Brazil in the late 1950s and helped set the agenda for the global pop of the early 1960s. In 1965, “Getz/Gilberto,” an album he made with the American jazz saxophonist Stan Getz, won the Grammy for album of the year.

The reign of bossa nova — as it was originally intended — was brief. It was an engagement with and a rejoinder to the samba that preceded it, and by the late 1960s, the Tropicalia movement had captured the center of Brazil’s creative imagination. But bossa nova has had a long and not always substantive afterlife; it has become the stuff of car commercials, beach bars and other places a dash of cosmopolitanism is needed.

Gilberto likely hated that. He was a stoic performer, interested in achieving the purest possible sound with his voice and guitar. This week’s Popcast is a conversation about bossa nova’s golden age, Gilberto’s connections to other quiet music, and an assessment of whether Gilberto was, in fact, anything but soft.

On this week’s Popcast:

Ben Ratliff, a former jazz critic for The New York Times, who teaches at NYU’s Gallatin School and is the author of “Every Song Ever: Twenty Ways to Listen in an Age of Musical Plenty” 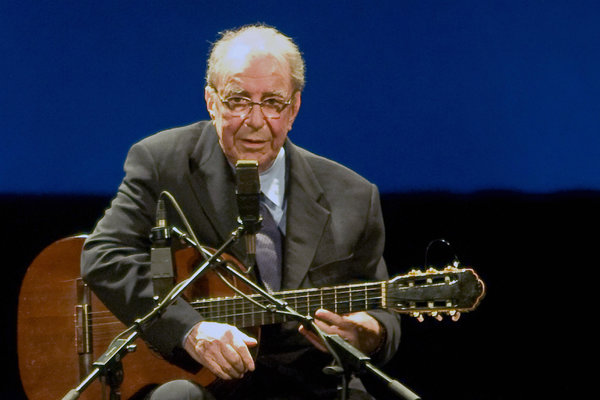 07/19/2019 Entertainment Comments Off on The Loudness of João Gilberto, Bossa Nova’s King of Quiet
Recent Posts