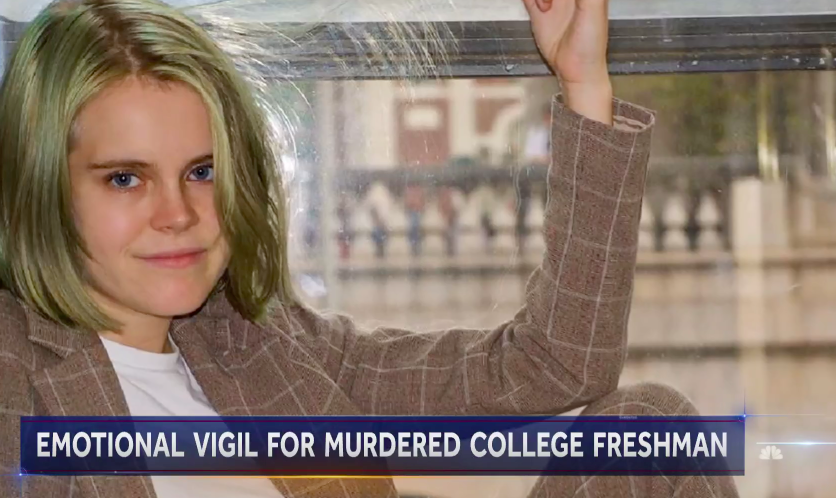 The family of a Barnard college student killed in a Manhattan park blasted a police union chief on Monday, saying he tried to victim blame the 18-year-old for her own murder.

Tess Majors was stabbed to death in Morningside Park, a short distance from Barnard College, Wednesday evening. Police have not released information as to what prompted the deadly attack. But Ed Mullins, president of the Sergeants Benevolent Association, told a local radio show on Sunday that it was his understanding that “she was in the park to buy marijuana.”

He then criticized the city’s lax enforcement of marijuana restrictions.

Major’s family, however, criticized Mullins for what they said was “irresponsible public speculation.”

“The remarks by Sergeants Benevolent Association president Ed Mullins we find deeply inappropriate, as they intentionally or unintentionally direct blame onto Tess, a young woman, for her own murder,” the family said in a statement. “We would ask Mr. Mullins not to engage in such irresponsible public speculation, just as the NYPD asked our family not to comment as it conducts the investigation.”

In the radio interview, Mullins also said Majors was killed by a 13-year-old, but police have not specifically said what role the minor played in the death. Two other teenagers are being sought by police in the killing, NBC News reported.

In a court hearing, police said Majors struggled with multiple attackers. A detective also testified that of the attackers then pulled a knife and stabbed the college student several times before the group fled, the New York Times reported.

Detective Vincen Signoretti testified that the 13-year-old in custody told authorities he and two others were in the park looking to rob someone when they spotted Majors.

The teenager, who was not named, said he saw his friends grab Majors, put her in a choke hold, and empty her pockets before the stabbing.

Shortly after Major’s family released a statement, Mullins said his comments “were never directed at the victim, but rather (Mayor Bill) de Blasio,” the Daily News reported.

Mullins’ comments on the radio came after de Blasio criticized the union president’s comments as “heartless.”

“We don’t shame victims in this city,” he tweeted.

Meanwhile, the union has referred to the deadly park stabbing in attacks aimed at de Blasio, who they have accused of having weakened the NYPD.

In their statement, Major’s family said the priority should be finding out what happened to the young student, as well as those responsible for the crime.

“Our family is interested in knowing what exactly happened to Tess and who committed her murder,” the family said. “We believe, for the immediate safety of the community and the surrounding schools, that should be everyone’s top priority.”

Related posts:
12/17/2019 Entertainment Comments Off on The Family Of A Barnard Student Killed In A Park Say The Police Union Chief Tried To Victim Blame Her
Recent Posts
We and our partners use cookies on this site to improve our service, perform analytics, personalize advertising, measure advertising performance, and remember website preferences.Ok