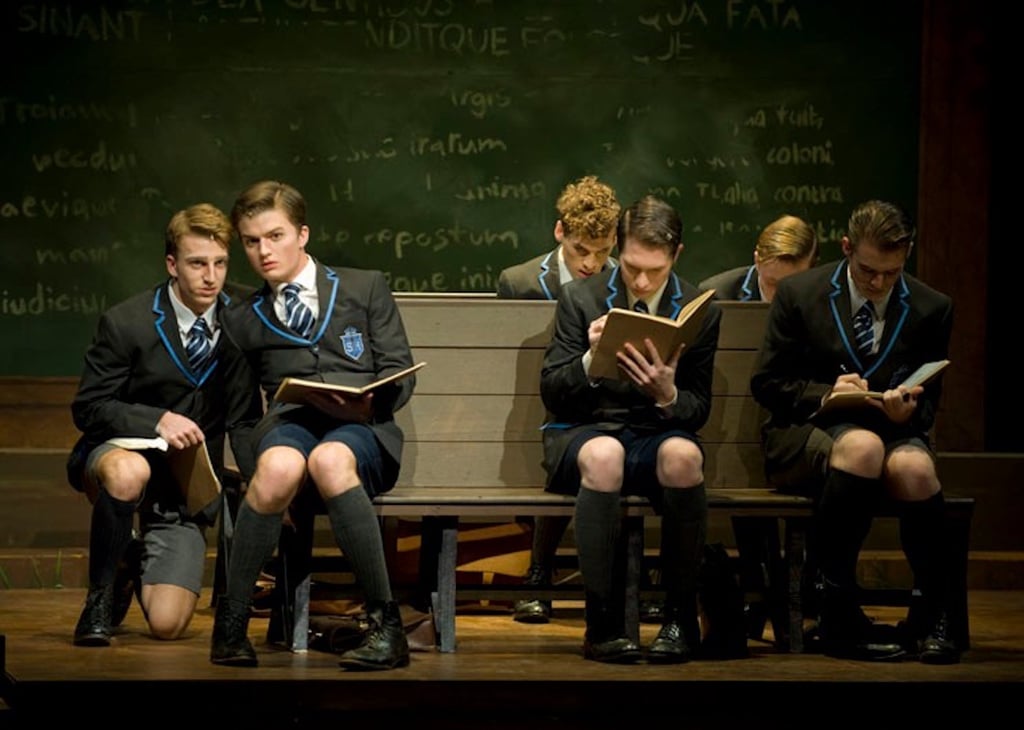 Joe Keery first stepped into the spotlight in 2016 when he starred as Steve Harrington in the debut season of “Stranger Things,” but before that he was a theater student at DePaul University in Chicago. There, he starred as Melchior in a production of “Spring Awakening.” See photos of Keery in the 2012 production of the musical ahead.

“Spring Awakening” tells the story of a group of German teenagers in the late 19th century who are struggling with growing up in a world where their parents aren’t honest with them about sex, sexuality, abuse, and other issues they’re dealing with. The character Kerry played, Melchior, is smart but rebellious. He falls in love with Wendla, with dire consequences. The musical uses rock music to modernize the story. Though there are no videos of Keery’s performance available online, DePaul’s student newspaper, The DePaulia, gave the show a positive review and called Keery “dynamic,” praising his chemistry with Sonaz Izadi, who played Wendla.

Keery graduated from DePaul in 2014 with a bachelor of fine arts in acting — his “Stranger Things” turn followed closely after. Though Keery’s yet to professionally return to musical theater (there’s still time to cast him as Fiyero in the “Wicked” movies!), he has continued to make music. He’s currently performing and releasing music under the name Djo. His second album, “Decide,” will be released this September. He was also previously a member of the Chicago-based band Post Animal.

Keery has maintained close ties with his alma mater. In 2020, when DePaul moved its graduation ceremony online thanks to the COVID-19 pandemic, Keery joined the virtual commencement ceremony, greeting the new graduates via video.

See the photos of Keery in “Spring Awakening” ahead.

06/27/2022 Entertainment Comments Off on "Stranger Things" Star Joe Keery Played Melchior in "Spring Awakening" — and There Are Photos!
Recent Posts