“Spider-Man: Far From Home” was the perfect choice for Marvel to follow up “Avengers: Endgame.” There was a vital need for something light (and very different) coming off an emotionally draining movie that closed out an era in the Marvel Cinematic Universe. And this movie does it.

We pick up things with Peter Parker (Tom Holland) dealing with life after the loss of his father figure, Tony Stark. He’s become more than your neighborhood Spider-Man after gaining worldwide notice when he and the other Avengers took down Thanos and saved the world in “Endgame.” But with the suit off, he’s just another high-school kid dealing with life after those who suffered “The Snap” returned.

That event now goes by a certain term. I’m not going to give it away here. But the explanation of it is done through the school news that airs daily at Parker’s school, Midtown Technical High School. It’s hilarious. 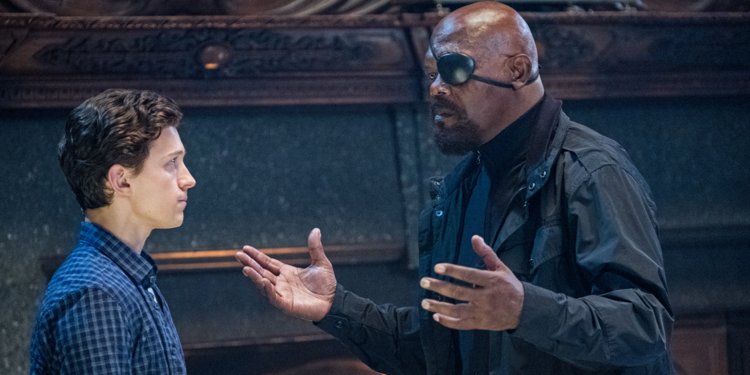 (L-R) Tom Holland and Samuel L. Jackson in “Spider-Man: Far From Home.”SonyWith a school trip to Europe days away, Parker is ready to take a break from the spidey suit and profess his love to MJ (Zendaya) at the top of the Eiffel Tower. But Nick Fury (Samuel L. Jackson) won’t stop calling him. Fury finally tracks down Parker in Venice where he explains that he needs Spider-Man to help in taking on the Elementals, four humanoids who have grown in power thanks to natural forces like fire and water.

But he’ll have help. Fury has brought on Quentin Beck (Jake Gyllenhaal), which the news has called Mysterio, after finding him fighting one of the Elementals in Mexico. Beck says he’s from another version of Earth in the multiverse, and was likely pulled into this Earth because of The Snap.

Fury also gives Parker something Stark wanted him to have: a pair of glasses. They are similar to the ones Stark sported in “Infinity War,” and give Parker access to all of Stark Industry’s military capabilities. And the AI inside it has an interesting name, E.D.I.T.H. (stands for “Even Dead I’m The Hero” … too soon, Tony).

Read more: All 21 Pixar movies, ranked from worst to best

It’s time for Parker to take Spider-Man to the next level of superhero greatness. But can he shoulder being the next Iron Man?

That’s honestly all I should give away about the movie because things start getting very interesting from that point on. I’ll just put it this way, there’s a lot of tricks pulled on the audience in this movie. It’s a fun adventure with lots of comedy weaved in, but it’s full of surprises. 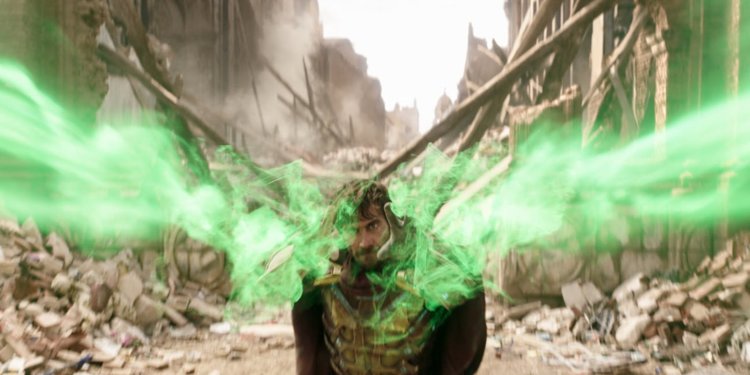 Jake Gyllenhaal’s talents elevates everyone’s game in “Spider-Man: Far From Home.”SonyAnd it’s great to see Gyllenhaal back in a big movie. It just elevates all the acting. After 2010’s “Prince of Persia” was a disaster, he basically swore off doing movies of this size. But his talents as an actor have grown to the point that he can do a movie like this now and make it work. This was the perfect choice for him. It also shows the talent director Jon Watts has working with actors. He also got an incredible performance out of Michael Keaton playing Vulture in “Homecoming,” another actor who has little need to be in a superhero movie.

This is all good news for Sony because it needs a big winner after the disastrous box office performance by “Men In Back: International.” Expect a huge opening for Spidey during the long 4th of July weekend.

06/27/2019 Entertainment Comments Off on 'Spider-Man: Far From Home' is fun and full of surprises, and will be the box-office hit Sony needs this summer
Recent Posts