LONDON — Accepting money from arms companies has long been unthinkable for most arts organizations in Europe. This year, taking money from the Sackler family, which has been linked to the opioid crisis, became taboo for many of them, too.

Now, artists and activists say oil and gas money should be added to that list.

On Friday, 78 British artists including Antony Gormley, Anish Kapoor and Sarah Lucas said they had called on the National Portrait Gallery in London to cut ties with BP, saying its “role in furthering the climate crisis” made accepting new sponsorship from the company unacceptable.

“We believe that, today, the loss of BP as a source of funding is a cost worth bearing,” the artists said in an open letter to the museum.

BP acknowledges climate change is a significant problem but is only investing 3 percent of its available capital in renewable energy, the letter said. This was a “glaring contradiction between words and actions,” the letter added.

BP’s sponsorship of the museum’s annual Portrait Award was “lending credence to the company’s misleading assurance that it’s doing all it can,” the artists said.

The letter is only the latest protest in recent weeks against British arts institutions that receive sponsorship from oil companies.

At the end of June, Mark Rylance, the Academy Award and Tony-winning actor, resigned from an honorary position at the Royal Shakespeare Company because it accepted money from BP to subsidize tickets for young people.

“I do not wish to be associated with BP any more than I would with an arms dealers,” Mr. Rylance wrote in his resignation letter. “Nor, I believe, would William Shakespeare,” he added. Mr. Rylance said in a telephone interview he would not consider acting with the company until the sponsorship deal with BP was dropped. 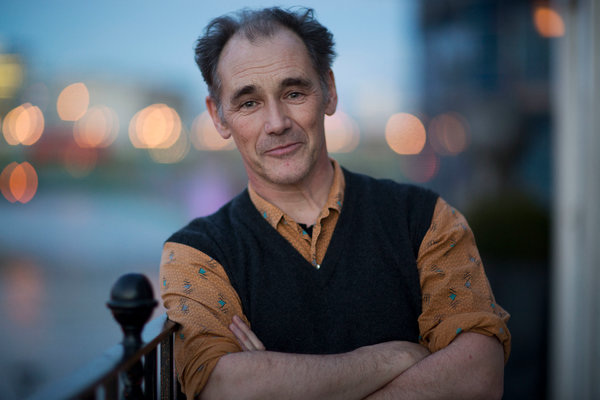 The Royal Opera House in London has also faced calls to end BP’s sponsorship of outdoor opera and ballet screenings. On Tuesday, Extinction Rebellion, the climate change protest group, staged a small “die-in” outside the opera house, lying down on the sidewalk outside. The audience who used its main entrance had to step over protesters to get into that night’s performance of “Carmen.”

There have been similar theatrical protests in Britain for years, but many have barely been noticed. The National Portrait Gallery’s annual BP Portrait Award was first protested in 2003.

In 2016, BP ended its sponsorship of the Tate group of art museums, which activists led by a group called Liberate Tate said was a result of a stream of protests which at times looked more like performance art. In 2010 activists poured molasses in front of the museum’s entrance so guests at a summer party arrived to what looked like an oil spill. (When it ended the sponsorship, BP told The Independent newspaper that it was merely acting in response to an “extremely challenging business environment.”)

In the United States, museums’ links to climate change have also been questioned. Last year, curators at the American Museum of Natural History, as well as more than 200 scientists, expressed their concern about the presence of Rebekah Mercer, an influential donor to groups that deny climate science, on its board. The museum batted the protests away, and said it did not appoint board members based on their political views, or let funders shape curatorial decisions.

But the prominence of the artists and actors involved in Britain in recent months suggests an escalation of the campaign here.

The open letter to the National Portrait Gallery was organized by Gary Hume, an artist and one of the judges for this year’s BP Portrait Award, with the help of Culture Unstained, an organization opposed to fossil fuel sponsorship of the arts. In a telephone interview, he said he had only realized the urgency of climate change when he visited protests in London organized by Extinction Rebellion in April, long after he had accepted the judging role.

“I know how difficult fund-raising is,” Mr. Hume said, “but I’ve been persuaded this is a real issue.” The fact people like him, without a long history of activism, were acting now, was a major difference from previous campaigns, he said.

Sharon Heal of the Museums Association, a British umbrella group, said in a telephone interview that artists had become increasingly aware of their ability to influence museums’ decisions. She cited the success of the photographer Nan Goldin’s protests against Sackler family funding, including at the National Portrait Gallery, which recently turned down a $1.3 million donation from one of the family’s charitable arms. All museums would be discussing the appropriateness of oil funding, she said, but it was up to each to decide for itself.

None of the four main institutions sponsored by BP in Britain — the National Portrait Gallery, the British Museum, the Royal Shakespeare Company and the Royal Opera House — would say how much the oil company gave them. But BP said in a news release in 2016 that the institutions would receive about $9.4 million between them over five years.

All four institutions said in emailed statements that they continued to welcome the company’s sponsorship. “We recognize the significance and importance of climate change and we share the goals and concerns of those campaigning for a sustainable future,” said Alex Beard, the Royal Opera House’s chief executive.

“Whilst we prioritize meeting our environmental obligations, we balance this with BP’s ongoing support providing free access to our art forms,” he added. Around a million people had benefited during 30 years of sponsorship, he said.

Peter Mather, BP’s regional president for Europe and the United Kingdom, said in a telephone interview that the protests had not diminished the company’s desire to support British arts organizations. The company always discussed such events with the institutions that it sponsors, he said — “We don’t want them to feel uncomfortable,” he added — but no changes were planned.

“What our support goes toward is taking the arts out to much, much wider audiences,” Mr. Mather said. “It is not an ego trip,” he said, nor was it an attempt to “green wash” BP’s reputation, pointing out that BP’s sponsorship of the Royal Opera House and National Portrait Gallery went back to the 1980s.

The arts in Britain need private sponsorship, he said. “If you remove companies from the equation, you’re going to rely heavily on government,” he added. “And I don’t see much spare cash washing around.”

Jeremy Deller, a British artist who was a Tate trustee from 2007 to 2011, and served on the museum’s ethics committee when it renewed a sponsorship contract with BP, said in a telephone interview that he was unsure whether arts organizations should turn down BP funding. Activists should be targeting the oil company directly, he said.

“I always thought that BP was playing a very clever game,” he said. “They’re almost subcontracting the activism and the controversy to these open-minded arts organizations, so they don’t have to deal with it.”

“I think we’re looking at the wrong side, to be honest,” he added. “That’s not a popular opinion, I know.”