“It’s almost like a kind of murder mystery,” Kwame Kwei-Armah said with obvious relish. “The play was butchered by the press, and somehow the body has disappeared.”

The case the artistic director of London’s Young Vic Theater was referring to is a Broadway show called “Swingin’ the Dream.” Set in 1890 Louisiana, this “musical variation of Shakespeare’s ‘A Midsummer Night’s Dream,’ ” as it was billed, ran on Broadway for just 13 performances at the end of 1939, then sunk without a trace. The script itself is lost, save for a few pages from the Pyramus and Thisbe section.

So you have to wonder why prominent institutions — the Royal Shakespeare Company and the Young Vic in Britain and New York’s Theater for a New Audience — would team up to revisit a theatrical footnote for a long-term project, which kicks off Jan. 9 with a livestream concert of popular jazz tunes that comprised the score.

Once you begin digging, however, you have to wonder how not to be drawn to “Swingin’ the Dream,” which sat at the center of a complicated network of racial and cultural influences.

And there was more: Agnes de Mille handled the choreography; the sets were inspired by Walt Disney cartoons; and the score burst with popular jazz tunes, as well as new ones like “Darn That Dream” by Jimmy Van Heusen and Eddie de Lange.

Yet this abundance of talent did not guarantee success. The reviews were mixed at best, and did not help fill the 3,500 seats of the Center Theater — even with a top ticket price lowered to $2.

The show quickly faded into oblivion, though “Darn that Dream” has become a concert favorite, sung by Billie Holiday and Nancy Wilson, among many others.

It will be part of the concert, which features a cast of R.S.C. ensemble members and the jazz performer Zara McFarlane.

“‘Darn that Dream’ is a really important jazz standard that I play and accompany people with, so not to know its roots in a very important production, which they put so much money into, was really surprising,” said Peter Edwards, the concert’s music director, who only heard of “Swingin’ the Dream” when the R.S.C. contacted him.

The project was set in motion well before the pandemic, and the heads of the three theaters aren’t sure what form it will take beyond the concert this weekend. But a full remount of the show sounds less likely than a forensic dive — think “CSI: Times Square.” The George C. Wolfe meta-show “Shuffle Along, or, the Making of the Musical Sensation of 1921 and All That Followed,” which had a brief but acclaimed Broadway run in 2016, may provide a possible direction.

“I just want to know what happened, why that lineup crashes, and then why the show seems so entirely to disappear,” said Gregory Doran, the artistic director of the Royal Shakespeare Company. 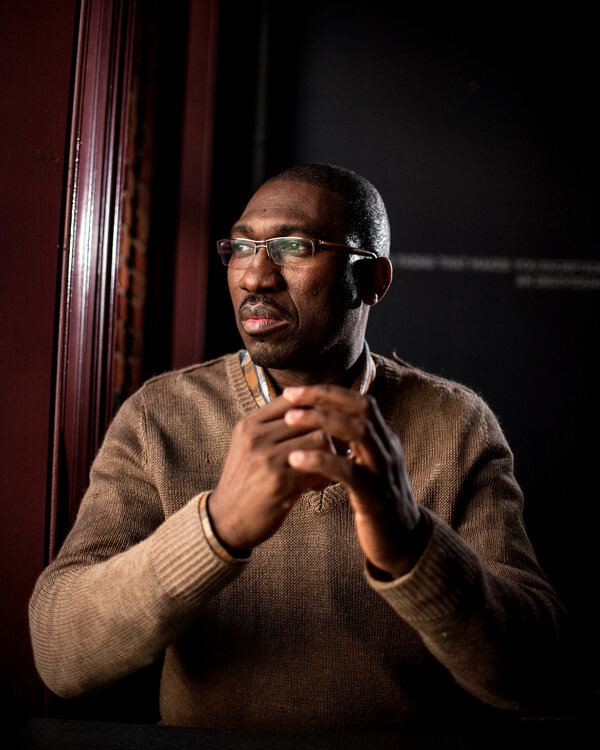 Black newspapers at the time were among those divided on the show. An article in The Pittsburgh Courier praised a “mighty mélange of music, mirth and mellow musing”; another noted the many employment opportunities for Black performers.

The New York Amsterdam News, on the other hand, wondered if encouraging what it deemed a subpar effort would only delay “the day when Negro actors and Negro art will be recognized without lampooning and burlesque.”

The locomotive pulling the train and its many, many wagons was Erik Charell, a gay, Jewish director-producer of revues who had resettled in the U.S. after fleeing Nazi Germany, and a fascinating character in his own right. His Broadway directing debut, in 1936, was an adaptation of his hit Berlin operetta “White Horse Inn” with a cast of 145 — no wonder he was nicknamed “the Ziegfeld of the German musical comedy stage.”

Charell might have wanted to capitalize on the success of “The Swing Mikado” (1938) and “The Hot Mikado” (1939), two jazz-flavored adaptations of the Gilbert and Sullivan operetta, but he was not quite ready for the thorny issues and challenges raised by an integrated show in pre-World War II America.

“Clearly he is the man of the moment, he’s got the Midas touch,” Doran said of Charell. “But is what he does an exploitation of that talent or a visionary piece of thinking?”

Since Charell was a “stranger to our native idiom,” as a preview in The New York Times put it, he enrolled as co-writer the American critic Gilbert Seldes, an early champion of popular culture.

For Jeffrey Horowitz, the founding artistic director of Theater for a New Audience, not bringing in a Black co-writer was a big missed opportunity. “There’s no person in that writing team who knows anything about African-American culture and jazz,” he said. “They could have had Langston Hughes, they could have had Zora Neale Hurston. I don’t think they even thought of that.”

The racial and artistic dynamics at play in “Swingin’ the Dream” provide a precious glimpse into the commonplace misconceptions and hangups that shaped early 20th century American culture. The white cast members played the aristocrats and lovers, for example, while the Black performers handled the fairies and mechanicals — comic entertainers, not romantic leads.

Another fascinating juxtaposition happened with the dancing, since de Mille’s choreography was supplemented with jitterbugs devised by the king of Harlem ballrooms, Herbert White, who brought along his troupe.

Most of the reviews complained that there was too much Shakespeare and not enough swing, with Armstrong wasted in a role that did not require him to blow his horn. The producers frantically tried to adapt and eventually gave their star more time on the trumpet. Alas, nothing worked, and “Swingin’ the Dream” closed.

Now all that remains is an alluring enigma, one whose making-of story has become more compelling than the final product.

“Even if tomorrow the script turned up, we wouldn’t be interested in it,” Horowitz said. “The real thing is about something else — it’s about race, and context, and who’s telling whose story.”

01/07/2021 Entertainment Comments Off on Shakespeare, Swing and Louis Armstrong. So What Went Wrong?
Recent Posts
We and our partners use cookies on this site to improve our service, perform analytics, personalize advertising, measure advertising performance, and remember website preferences.Ok