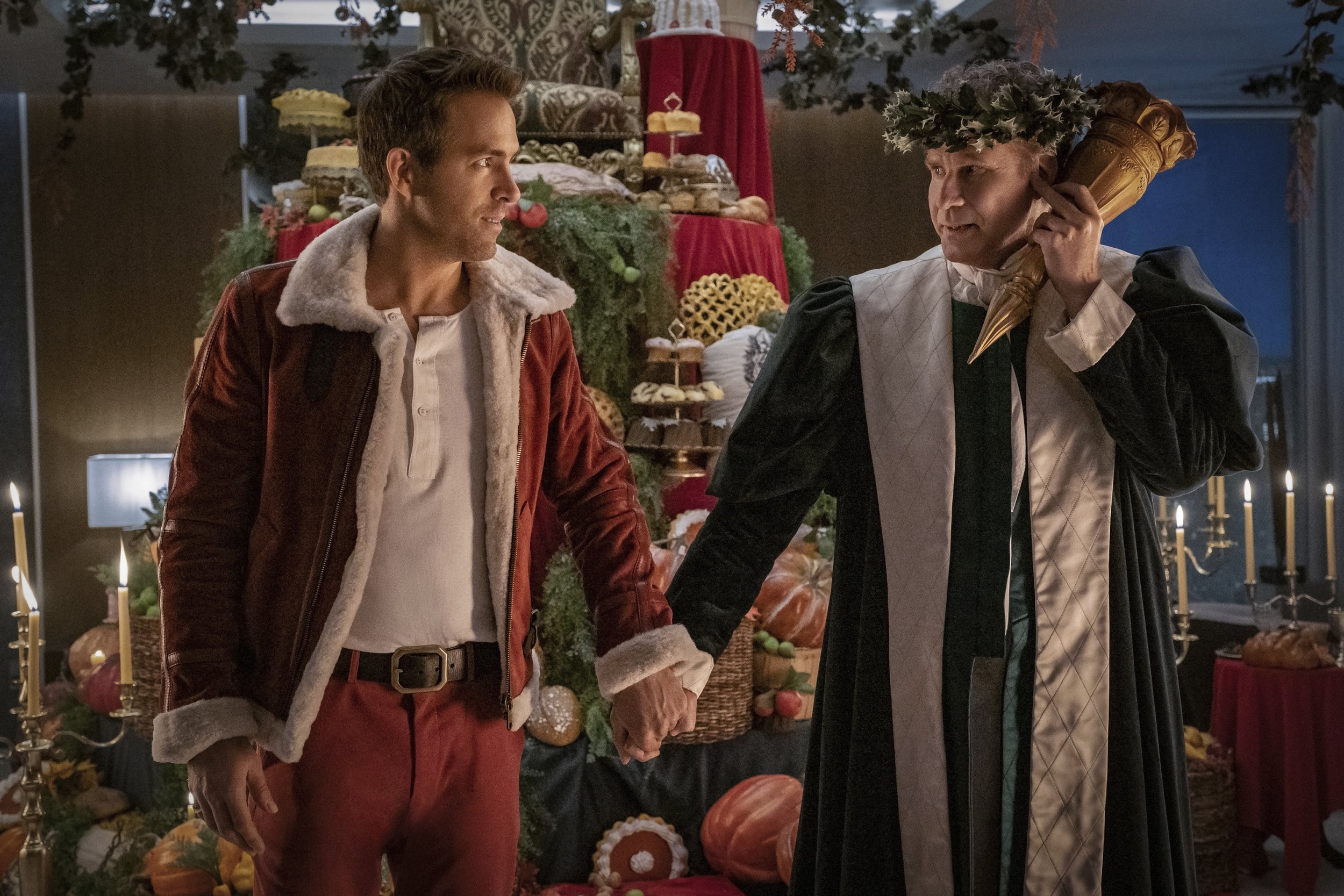 Now, if you’re going to star in a Christmas musical, who better to get advice from than The Greatest Showman himself? And that’s exactly what Ryan Reynolds did.

The Deadpool actor stars alongside Will Ferrell – aka Buddy the Elf and King of Christmas – in new movie Spirited, a musical version of Charles Dickens’ story of a miserly misanthrope who’s taken on a magical journey.

Ryan is no stranger to musicals, following his Oscar-winning performance in 2016’s La La Land opposite Emma Stone.

Spirited also features songs by La La Land and The Greatest Showman songwriters Benj Pasek and Justin Paul, so Ryan reached out to P. T. Barnum himself for some tips.

‘It comes so naturally to Hugh that in a weird way, his helping was not helping,’ Ryan told Big Issue.

He was like, “Just make sure you’re listening to those count-offs and those beats”. And I was like, “I don’t hear the beats, man. Help me out with something real here!”.’

‘Hugh and I were having coffee one day and he reminded me of something that is so vital with almost anything that you’re doing in the arts. He said, “Just remember to enjoy it, because if you’re enjoying it, we’ll enjoy it”.’

Ryan added: ‘That was something that I constantly reminded myself. Even when I felt so out of my depth, which was almost every day, I kept reminding myself that this is an opportunity of a lifetime. And it actually extended well beyond this project into other aspects of my life. So that was pretty good advice.’

The two actors are great pals, having recently sent the internet into a frenzy with a video revealing that Hugh would be returning to his iconic role of Wolverine in an upcoming Deadpool film.

However, Ryan – whose wife, Blake Lively is pregnant with their fourth child – reckons prepping for a musical is way harder than gearing up to play a superhero.

‘Training for a superhero movie is something I’ve been doing since I was 20, and I’m 46 now,’ he began. ‘It’s second nature to me. Doing a fight sequence is in my bones. I memorise them very fast. I can make a mistake and use that mistake to my advantage in the moment. Whereas dancing, if I make one mistake, I completely fall apart.’

On whether he would make a musical again, the Canadian-American actor is uncertain, but says he ‘doesn’t think’ he will.

He describes musical movies as ‘such vastly different disciplines’ in which he is ‘always playing catch-up’ but, thankfully, the cast always have ’10, 15, 30, 50 takes to get it right.’

Spirited, starring Ryan Reynolds and Will Ferrell, is available to watch now on Apple TV+