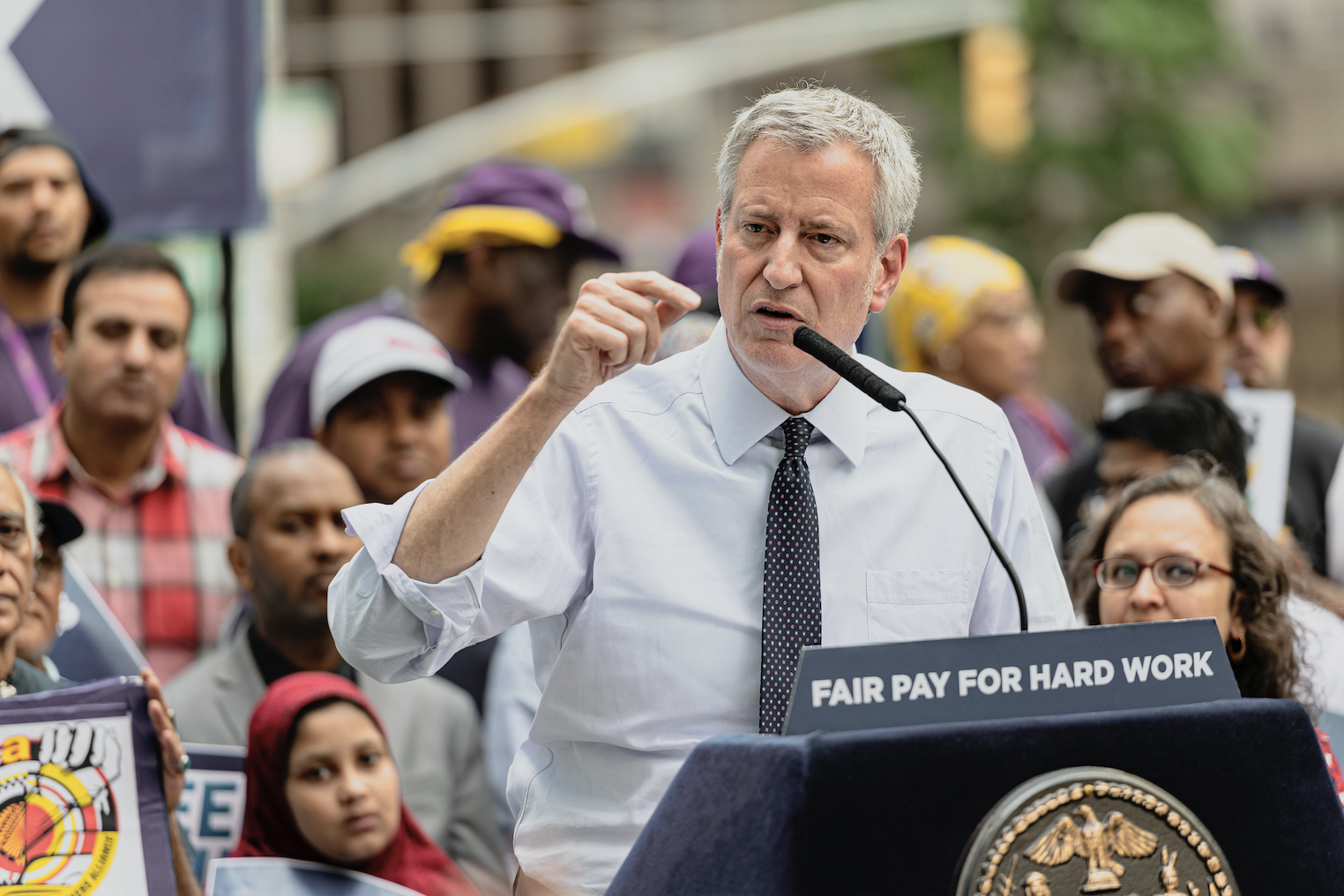 Let’s cut to the chase: working people are having their fundamental rights stripped away, and we’re running out of time to get them back.

For decades now, big corporations and the wealthiest Americans have counted on both parties to ram through an agenda that prevents the middle class from sharing in the fruits of their work. They’ve benefited from Reaganomics and the Trump Tax Giveaway, the bailout for the big banks and Wall Street ‘reform’ that let too many off easily.

While the one percent thrive, working people are going backwards. A single full-time job used to be enough to support a family; now, two parents both working multiple part-time jobs can struggle to put food on the table. They can lose their job if they get ill or their car needs repairs, trapping them permanently in the cycle of poverty.

These people power the economy, but the rewards have gone to those who often don’t know the meaning of hard work. After all, there’s plenty of money in this country – it’s just in the wrong hands.

We’ll need bold reforms to change that: a 21st Century Working People’s Bill of Rights. That’s what I’m introducing today, a comprehensive set of pro-worker policies that will ensure we restore the rights of working Americans. You can look at the full set of proposals here, but I wanted to share several with you today.

We’re beginning with the Right to Due Process at Work, which will end At Will employment, and guarantee that no employee can be fired without just cause. It’s shameful that employees can be fired at any time and for almost any reason – even if their boss is just in bad mood. With this new right, employees couldn’t be fired unless they’ve failed to do their job, and they’d have due process protections afterward to ensure that’s the case.

Every working American will also have the Right to Paid Time Off, thanks to the farthest-reaching paid leave policy of any 2020 candidate. It mandates paid family and medical leave, as well as paid sick days for all. It’s also the only proposal in the field to mandate two weeks of paid vacation time for every worker, a fundamental right enjoyed by every other developed country on earth. Americans work hard; they deserve to take a break.

One more right I’m particularly proud of: the Right to a Fair Job in the Gig Economy. Too often, companies like Uber care more about their profits than the people who do the work. It’s time to ensure the people who create the wealth for these apps share in it, by providing minimum pay and benefits standards for freelance workers. These companies need to treat their workers like employees when they are – not independent contractors for whom they can cut corners on pay and benefits. We’re also creating universal, transferable benefits systems for gig workers. They should be able to earn health and retirement benefits like anyone else, and they shouldn’t have to be tied to a single app to do so.

These are just some of the steps I’ll take as president to put power back in the hands of those who deserve it. Every Democratic candidate claims they’re for working people. But too few have spelled out concrete steps they’d take to help them, and fewer still have shown the leadership and know-how to make it happen.

As the Mayor of our nation’s largest city, I’ve established many of these rights already, and they’re making a difference in the lives of 8.6 million Americans. We’ve led the way in the fight for a $15 minimum wage and enacted paid sick leave so that New Yorkers don’t have to worry about losing their livelihoods if they go to the hospital. We’ve already had Fair Scheduling on the books for two years.

Ensuring these rights for workers has helped make New York City the fairest big city in America. We’re putting money back in the right hands.

It’s time for our country – and our party – to do the same.

Bill de Blasio is the Mayor of New York City and a candidate for the 2020 Democratic presidential nomination.

07/23/2019 Entertainment Comments Off on Opinion: Working People Need A New Bill Of Rights. As President, I'll Make One.
Recent Posts