Omega has dropped a near half-a-million dollar Speedmaster with an all-new chiming chronograph complication inside.

You’d be forgiven for not necessarily thinking of Omega when it comes to chiming watches, however the brand did make the world’s first minute repeater wristwatch way back in 1892. But with no current expertise in the field, it turned to Swatch Group stablemate, Blancpain, to help develop the fully integrated and entirely new Calibre 1932 movement, something which took six years to complete. 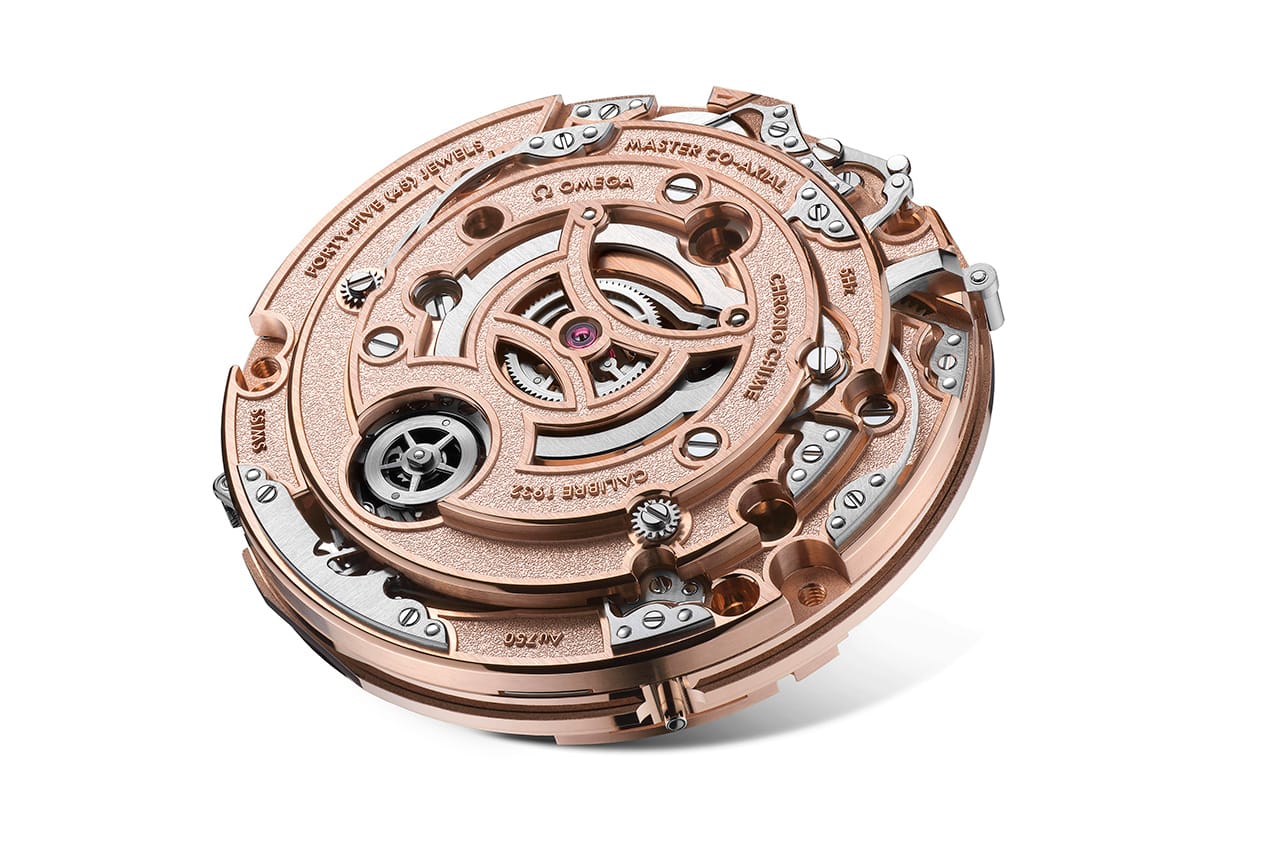 The movement – which is the most complicated Omega has ever produced and is also the first high-beat 5Hz version of its Co-Axial escapement – is at the heart of both the Speedmaster and the Olympic 1932, a watch inspired by the Omega stopwatches used at the first Olympic Games Omega served as timekeeper in 1932.

The watch also complies with Omega’s Master Chronograph certification, making it resistant to magnetic fields of 15,000 gauss, largely through the extensive use of gold components, which weigh more than 46gm in the movement alone.

The Speedmaster Chrono Chime is housed inside a 45mm case of Omega’s 18K Sedna Gold with a blue aventurine dial and 18K gold sub dials featuring an acoustic wave pattern representing the exacting sound of the watch.

The chronograph is activated using a pusher at the two o’clock position and the Chrono Chime by one at the eight o’clock.

Although no exact figures have been given, it is thought only five of the watches will be made each year with a final price of $450,000 USD.